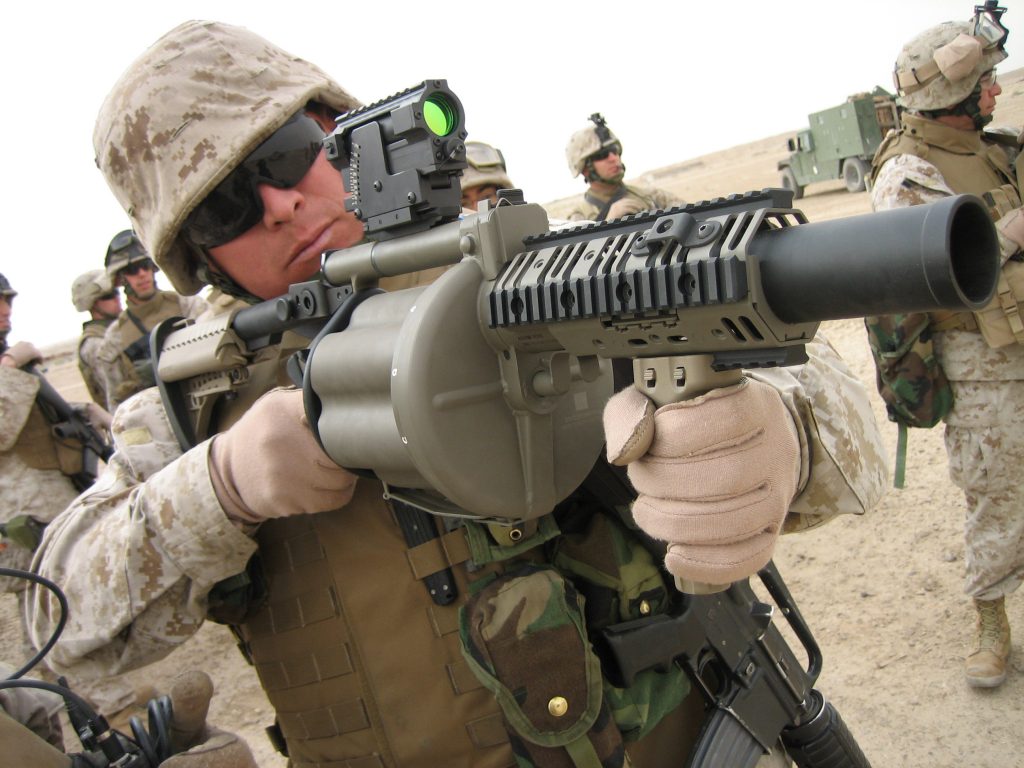 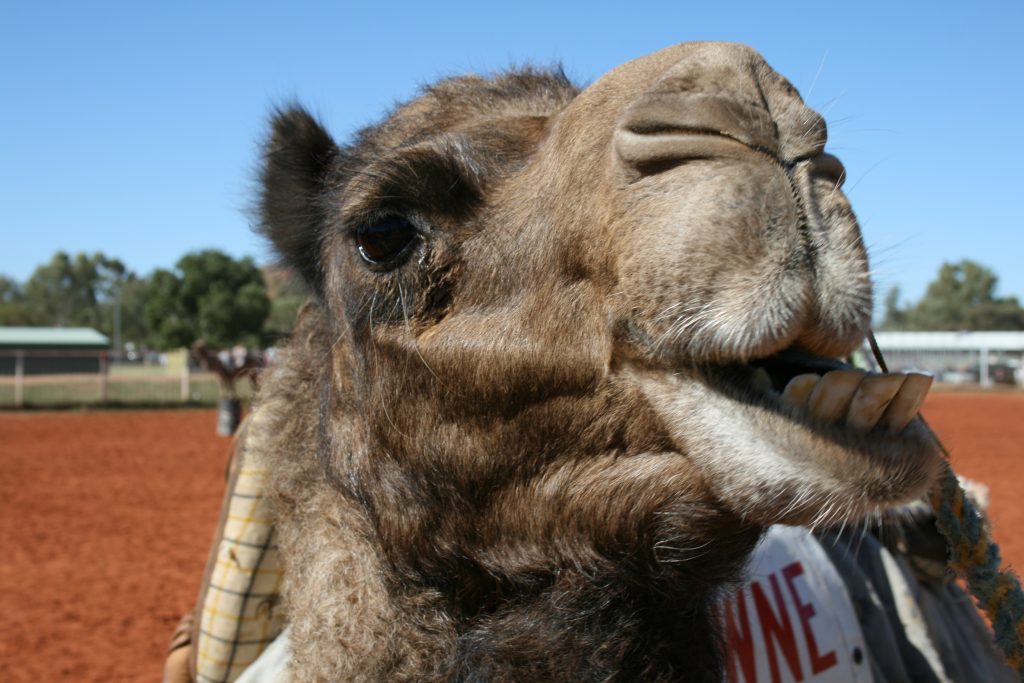 One heck of an explosive donation 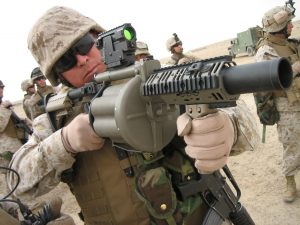 In Bradenton, Florida, authorities say a grenade launcher, loaded with a live grenade, was left with other donated items at a Goodwill store. The Bradenton Herald reports that The Manatee County Sheriff’s Office says the store manager told deputies that the grenade launcher had come in a shipment from another store several days earlier. The employees at the other location said they sent it along because they didn’t know what it was. Deputies say they disposed of the active grenade in a Hazmat locker, and the launcher was stored in the agency’s property room. It’s not clear who donated the items.

Michael Ryder of Saugatuck, Michigan had been approved for $360 every week in Michigan unemployment benefits — until the state learned he’s a German Shepherd.  Ryder’s owner Michael Haddock says Ryder received a benefits letter addressed to “Michael Ryder” from Michigan’s Unemployment Insurance Agency. Haddock contacted the agency about the letter.

The agency says its computer system sent the letter, but the claim later was flagged as suspicious and denied.  Investigations administrator Tim Kolar wrote in a tongue-in-cheek email that he knows “first-hand it is rare for ‘man’s best friend’ to contribute financially to the household and that will continue in this instance.”

Is Botox right for you … or your camel? 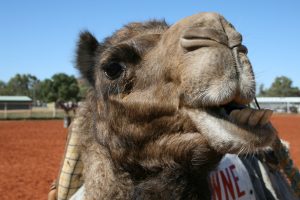 Prize money for the Miss Camel contest in Saudi Arabia runs into millions of dollars, making the temptation to cheat irresistible for some. The competition is part of a month-long festival celebrating the camel held in Rumah. It aims to reflect aspects of Saudi heritage and includes a petting zoo featuring the world’s tallest and shortest camels, a museum with life-size sand sculptures of camels and tents for tasting camel’s milk.  Competitors in the beauty contest are rated on, among other things, the size of their lips and cheeks, which is where the illicit use of Botox comes in.  Although the rewards for winning are great, a truly beautiful camel does not come cheap. “Only people who have the financial ability can compete on the rare and beautiful camels,” said head judge Fawzan al-Madi.

Five suspects were arrested in southern Spain after police officers carrying out a traffic stop found vehicles loaded with more than 8,000 pounds of stolen oranges.  Authorities in Seville released images of two cars and a van overloaded with the fruit after an alleged theft in the town of Carmon.

The suspects were stopped last week when a police patrol became suspicious of the vehicles driving in a convoy at night.

Fun fact: the actor who played 1990s children’s TV icon Barney the Dinosaur is now working in Los Angeles as a tantric sex therapist … the sound of childhood nostalgia splinters into a million shards. American actor David Joyner, told Vice his decades-long career as Barney has been helpful with his current career. “The energy I brought up [while] in the costume is based on the foundation of tantra, which is love,” Joyner said. “Everything stems, grows, and evolves from love.” Joyner only accepts female clients for his services and charges $350 for a four-hour session. Controversially, Joyner also doesn’t use condoms, saying, that they “block the energy,” a stance that has received heavy criticism from other professional tantric sex therapists.

Archeologists in North Yorkshire, England might have unearthed early examples of human artistic expression – they found a prehistoric crayon and a pebble that was scrapped to make the color red. “One of the latest objects we have found looks exactly like a crayon; the tip is faceted and has gone from a rounded end to a really sharpened end, suggesting it has been used,” Andy Needham, an archeologist with the University of York, said in a press release. The artifacts were found on opposite sides of an ancient lake, which is now a peat bog.

There’s a mystery that remains unsolved at the Paris Zoo. “We still don’t know how the baboons escaped,” the zoo’s Twitter account proclaimed. A group of 50 baboons escaped from their enclosure on Jan. 26 and zoo staff continue to be perplexed as to how they escaped. It was 6:45 p.m. that evening and zoo staff still needed to capture three holdouts out of the 50 baboons – two females and a baby. Staff drew diagrams and planned their offensive, waiting all night to capture the wanderlusting baboons. The zoo was shut down and teams of vets and keepers armed with tranquilizer darts brought all the animals back to their enclosure without any being hurt (save, being shot by a tranquilizer).

In Scotland, a fleet of salt trucks are known as “gritters” apparently. They’re not much different from trucks in the U.S. – they plow and salt roads. Almost every nook and cranny of Scotland is de-iced and the progress of the nearly 100 eight-wheeler winter vehicles is tracked with the help of a handy dandy online map that’s updated in real time. Here’s the fun part: if you look really closely at the map it reveals some of the names of the trucks such as Gritty Gritty Bang Bang, Ice Buster, and Ice Destroyer, Sir Salter Scott, Sir Andy Flurry, and Sir Grits-a-Lot.

A pair of metal-detector-wielding treasure hunters found a stash of buried treasure, only to have their hopes buried instead when it turned out their haul of gold coins was a TV show prop, the BBC reports.

Britons Andy Sampson and Paul Adams were metal-detecting near Essex, United Kingdom, when they found pottery shards and more than 50 “gold coins,” which they estimated could have been worth £250,000 (about $356,000).

But, the BBC reported, “The pair made some inquiries and found out the farm was being used as a filming location during the summer for BBC Four comedy Detectorists, which stars Mackenzie Crook and Toby Jones.”

The men told the BBC they eventually got over the disappointment. The coins were fake, but their passion for treasure hunting remains very real.

And you thought you were bad at math

Stop us if you know the answer to this math question given to Chinese fifth-graders: “If a ship had 26 sheep and 10 goats onboard, how old is the ship’s captain?”

If your answer was an incomprehensible string of cursing, you are in the same boat as students in China’s Shunqing District in the city of Nanchong, in Sichuan province, who were somehow supposed to figure out that stumper, Newsweek reports.

“The captain should be at least 18 years old because a minor is not allowed by law to operate a vessel,” one student guessed.

It turns out, there was no right answer. The goal was to make students think.

Bangor, Maine, attempted to break the world record for beer cans opened at the same time, managing to get a city-record-breaking 1,122, the AP reported. Unfortunately, the attempt fell short of the record.

Guinness World Records informed Bangor beer fans that the record was set in Japan in 2016 with 1,149 cans opened simultaneously, just 27 more than the Maine event. WABI-TV reports the vast majority of the beers were supplied by Geaghan Brothers Brewing, and hundreds of attendees did the honors of opening them at the same time.

We suggest you pour a 40 for Bangor’s attempt.

Mo, a cat who claims ownership over resident Ed Williams, stands accused of stealing clothing including underwear, T-shirts, socks, and more from just about every neighbor Williams has.

“Our cat is literally mental. Instead of bringing back dead birds, mice and other wildlife, Mo decides to bring home underwear and clothing, stolen from the neighbours’ washing lines,” Williams posted to Facebook.

As of January, Mo had hauled home five boxes of neighbors clothing.

“It’s been a busy month for my cat Mo! This is now the FIFTH box load of clothing he’s retrieved from the local neighborhood – all collected since I left Auckland at the start of December … I think he’s actually getting better at this!!?” Williams posted.