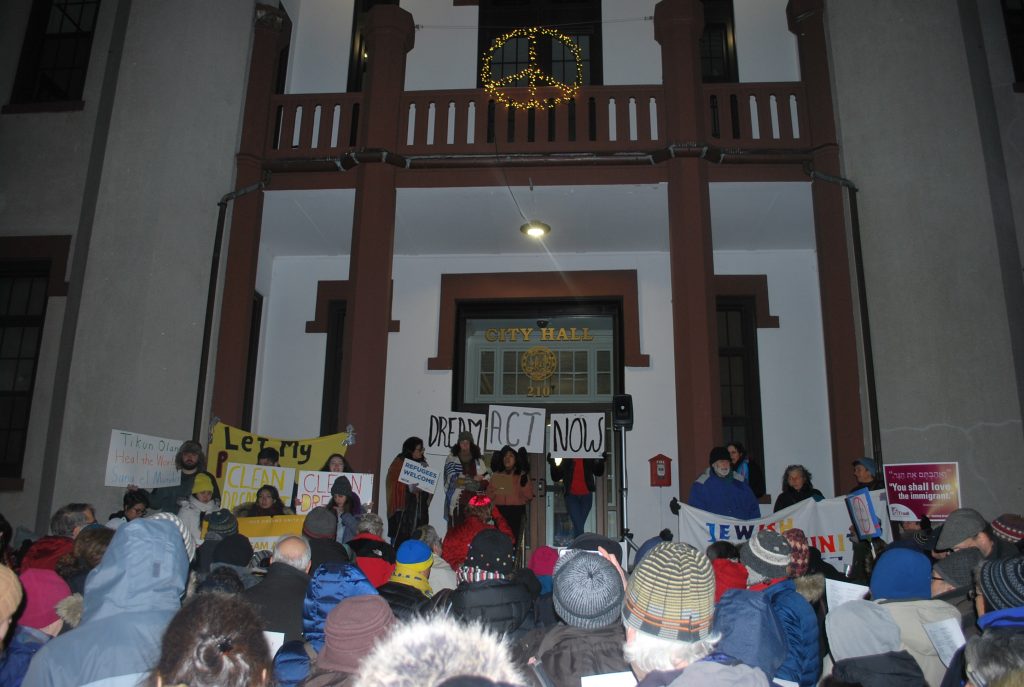 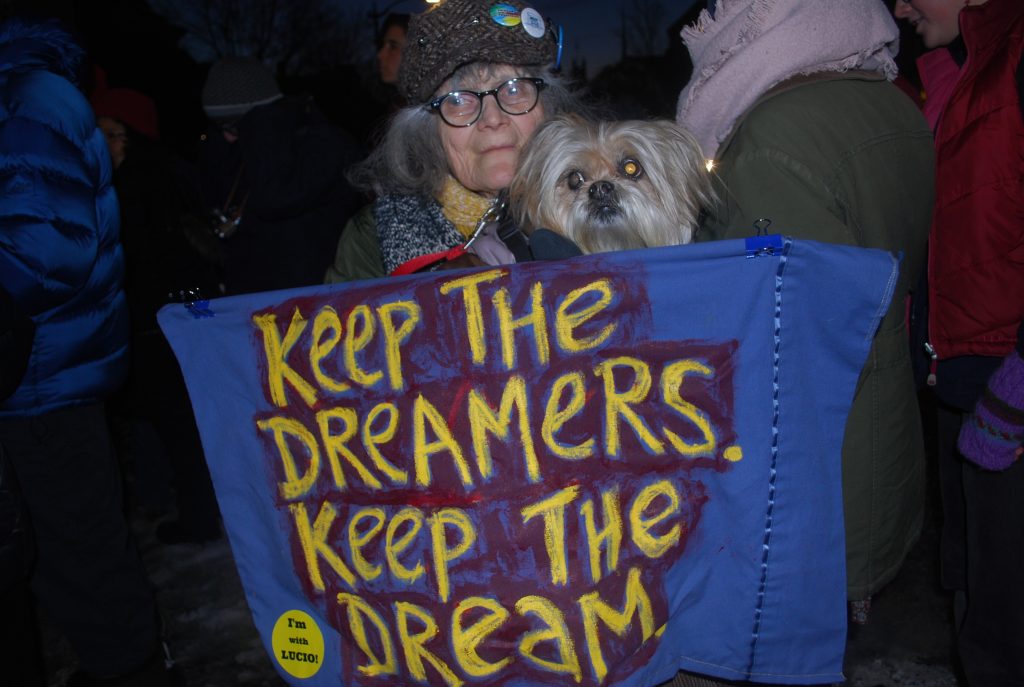 Rabbi Raquel “Riqi” Kosovske of Beit Ahavah, the reform synagogue of Greater Northampton, told a crowd of more than 100 people during a frigid Feb.8 rally on the front steps on Northampton City Hall that the Jewish community in the Pioneer Valley stands with undocumented immigrants looking for a path to citizenship.

“Our Jewish tradition says that we ourselves must awaken the heart of this country, of our leaders, and stand up with courage with those who are oppressed,” Kosovske said. “The Jewish community has awakened monumentally in the last year in the wake of this administration. We went from an arrest of 19 rabbis a year ago at Trump Tower in New York City to 89 rabbis and leaders arrested recently in Washington D.C … We have to do even better to stand up and say, ‘Let our people stay.’”

She said the Jewish faith teaches people to “love the stranger” and to “not oppress the stranger who comes to be the resident amongst you” and with the rise of anti-antisemitism in the United State she thinks standing in solidarity with all immigrants is more important now than ever.

The rally was organized by the Jewish Alliance for Law & Social Action and co-sponsored by Western Massachusetts Jewish organizations as well as the Pioneer Valley Workers Center in support of the Development, Relief, and Education for Alien Minors (DREAM) Act.

On Feb. 7, Minority House Leader Nancy Pelosi (D-California) spoke on the House of Representatives floor for a recording breaking eight hours urging Republican lawmakers to support a DREAM Act that would create a pathway to citizenship to 11 million undocumented immigrants living in the United States, including young adult Dreamers who came to live in the country as children.

“It is so hard to imagine the inhumanity; the indignity of [deporting] a person who’s been raised since childhood in the United States, who’s arrived younger than 18, who’s a lawful person in society,” Kosovske said.

Eduardo Samaniego, a 25-year-old Hampshire college student and member of the Pioneer Valley Workers Center, is an undocumented immigrant from Mexico who shared his story of coming to the United States at the age of 16.

He said he came to the United States to pursue his education and lived with relatives who were deported, which left him temporarily homeless. He slept at his high school in Georgia for four days until he ended up living with a pastor from his local church.

Samaniego said a year and a half after arriving in the United States, he graduated with honors and was student body president of the largest high school in Georgia. He planned to attend college at the University of Georgia, but his dreams were broken when he found that a social security number was a requirement for federal financial aid.

He saved money for years working at fast food restaurants and also fighting for immigrant rights at rallies and protests. Now, he’s a third-year student at Hampshire College and was able to attend the college with a scholarship.

“Undocumented immigrants have humanity and the ability to contribute [to society].”

David Morse, a resident of Longmeadow and board member of the Jewish Alliance for Law & Social Action, told the Valley Advocate prior to the start of the rally that he supports the DREAM Act because he believes it aligns with the teachings in his Jewish faith.

“We were all immigrants ourselves,” he said. “We have been persecuted ourselves and we are standing up with others in need of legal protection.”

Becca Abrams, 26 of Northampton, who is a member of Jewish Voice for Peace, said she supports the DREAM Act because she believes it would be “inhumane to force millions and millions of people to leave the country who have been here their entire lives.”

Moggie, a resident of Northampton who is a lifelong activist, said she believes anyone has the right to live in any country as long as they are “good kind people.” 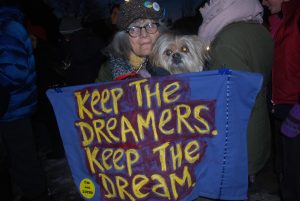