Letters to the Editor: Praise for New Podcast 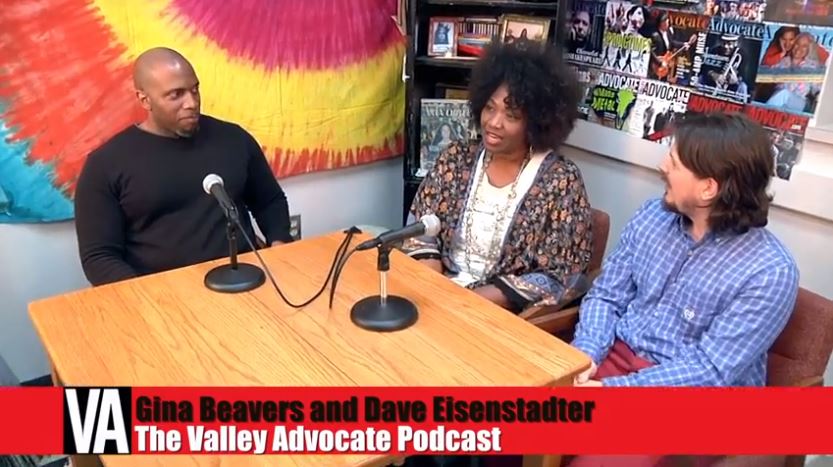 A Great Kick Off for the Valley Advocate Podcast

We kicked off our new Valley Advocate Podcast collaboration with Amherst Media earlier this month with a conversation with Nigerian Artist Imo Imeh, and got some great comments. To check out our podcast, visit www.valleyadvocate.com and, while you’re there, sign up for the newsletter. —Dave Eisenstadter, editor 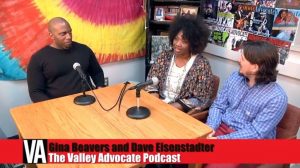 Dave Eisenstadter and Gina Beavers talk to Imo Imeh during the first episode of the Valley Advocate Podcast.

Awesome segment with Imo Imeh. The conversation and his artistic passion around the girls who were captured in Nigeria was very compelling. Great job on the visual production too.

I was honored to meet Imo Imeh many years ago and I have been a huge fan of his amazing work ever since. Thank you for posting this interview. I wish him every success with his 17 Years A Boy project.

Thank you for sharing this story. Imo does a great job at Westfield State.

Baby We Were Born This Way

Mr. Eisenstadter, your title “The Advocate is Turning Bi,” really rankled my bisexual sensibilities. Many lies about bisexuality persist, and one of these pervasive lies is that people can “turn bi.” At a time when LGBTQ people still struggle to eradicate the dangerous idea that therapy, treatment, or persuasion can change a person’s sexual orientation, why pen a title that perpetuates this falsehood?

I am writing regarding Mr. Trump’s military parade. He obviously wants to be included among the great leaders who have staged such spectacles honoring soldiers in the past. Leaders such as Hitler, Mussolini, Stalin, Krushchev, Mao Tse-Tung, Kim Jong Un, and others. I am sure many of them were fine people. However, in this case, I don’t think the American people will look upon it in the same way. Not only is it foreign to the constitutional relationship between the people and the military, but it would constitute a very unnecessary expense. I have seen estimates of 20 million dollars to stage this, not to mention the costs to the city of Washington for security, clean-up, repair of damaged streets, etc. I have a suggestion. If Trump truly wants to honor our military, take the 20 million and give it to the Veterans Administration. They could use it. In fact, I have a better idea. Let Trump pay for it with his personal 20 million dollar tax cut. In fact, I will issue a challenge. I will personally donate my entire tax cut to the VA if Trump will donate his. I await his response.