Literally Selling Your Soul to Pay for an Education 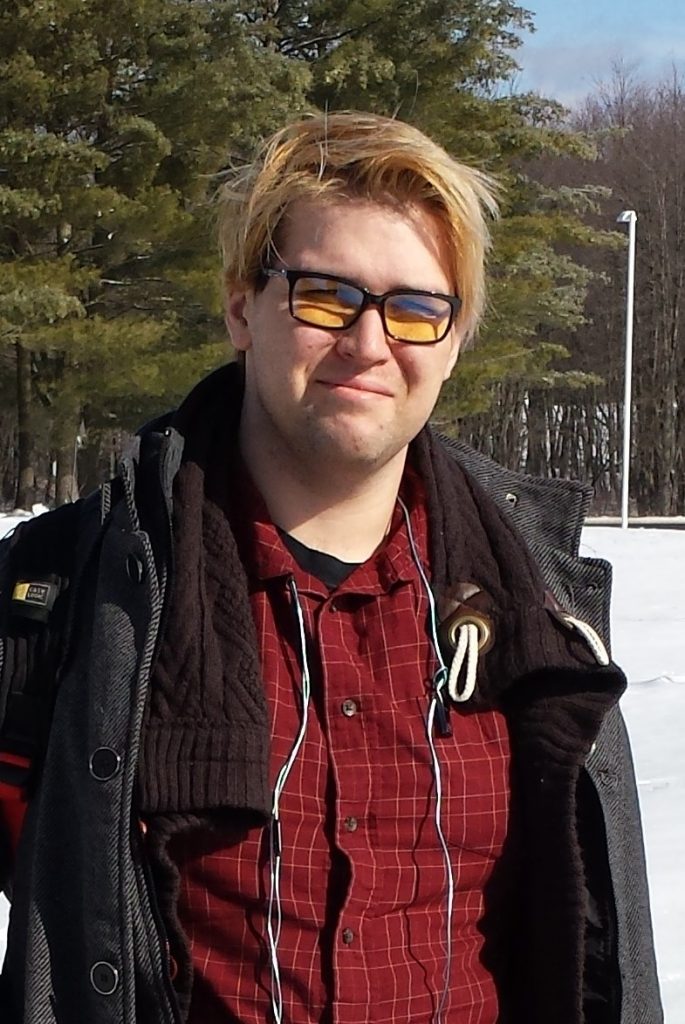 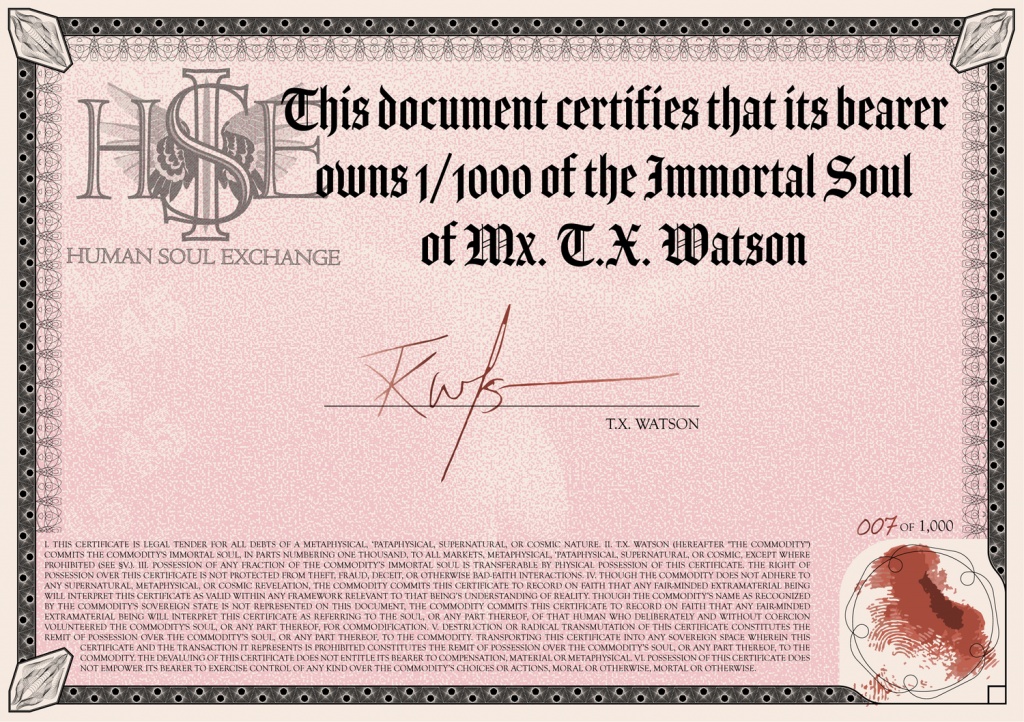 T.X. Watson, a transgender student at Hampshire College, is planning to sell their soul as part of their senior graduation project in art. The reason: Watson will have about $45,000 in debt upon graduation, and parting with their soul seems to be the best way of paying it off.

“I either sell my soul now or sell my soul in a slow metaphorical grind, taking jobs I don’t want so that I can make the payments,” Watson says. 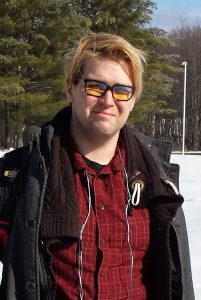 I meet Watson, a nontraditional student who spent four-and-a-half years in community college and working part-time jobs before transferring to Hampshire, in a café on campus. Now 29 years old, Watson will graduate in May, but they have had to take on loans – $30,000 in student debt and more in credit debt to pay living expenses.

This is actually about average for an undergraduate. According to data from the College Board, 60 percent of bachelor’s degree recipients from both public and private colleges borrowed to get their degrees. On average they owe $28,400 apiece as of the most recent year measured — the 2015-2016 academic year.

Watson’s solution: as part of their final project in art and philosophy at Hampshire, shares in Watson’s soul will be available for $45, and they will be selling 1,000 of them.

When asked about the morality behind selling their soul, Watson flips the question around: “From a moral perspective, students shouldn’t have to accumulate tens of thousands of dollars in debt for a functional education in the world as it exists.”

And of course, Watson is right.

Students have taken on a growing amount of debt for decades, but politicians have only started making it a national issue as of the 2016 presidential election. Candidates Bernie Sanders and Hillary Clinton both spoke about tuition-free or debt-free college plans.

But as we know, neither one of them wound up getting elected.

In Massachusetts, a progressive and supposedly education-friendly state, little has been done to curb the student debt issue. Tuition at the University of Massachusetts system, including at the flagship campus in Amherst, continues to rise due in part to a lack of funding from the state government. There is a tuition-free program for some Boston students, but no such programs exist outside that city.

Meanwhile, Watson’s show will go up in April at Hampshire. Shares in their soul are already available at www.txwatson.com/my-soul. 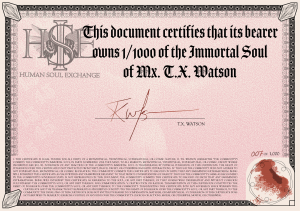 Watson has sold three of them so far.

What good is Watson’s soul to someone else? Actually, Watson’s answer makes a good amount of sense: “It’s a limited edition of an early work of a potentially successful working artist. If I succeed as an artist, it is literally an investment, and for a limited edition print, $45 is a really good price.”

In addition to the financial investment piece, buyers of Watson’s soul will help get them into a position to be a successful artist. Watson adds that they are proud of how the print came out and that it looks nice.

“I worked really, really hard to try to make it a genuinely beautiful work of art,” they say.

The show will go up from April 8 to 11 at the gallery at the Hampshire College library.

This feels strange to write, but I hope that Watson succeeds in selling their soul. With the failure of a political solution for student debt, it seems as viable a solution as any to live a life without crippling, lifelong debt.