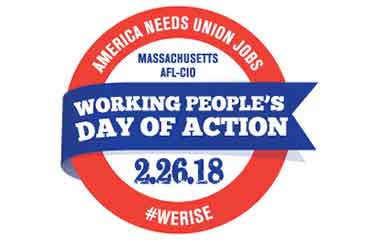 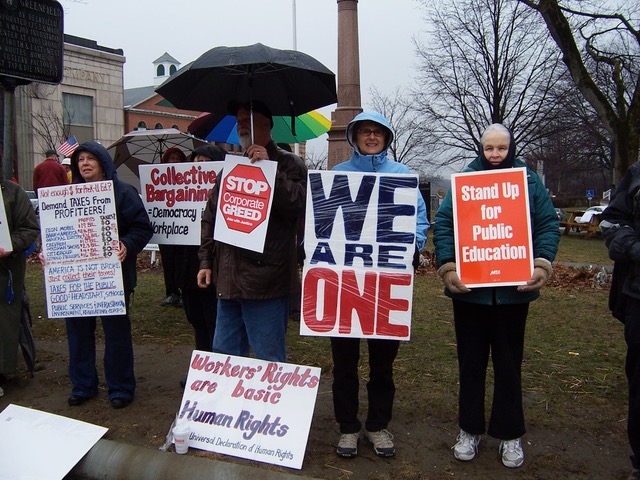 Unionized workers in the Pioneer Valley are rallying together to support workers rights on Monday, Feb. 26, at Greenfield Community College at 3:30 p.m. as part of a national Workers’ Day of Action in which thousands of workers across the country are expected to speak out in defense of union rights. 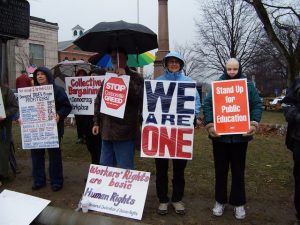 The event is co-sponsored by the Labor Task Force of the Franklin County Continuing the Political Revolution (FCCPR) and coincides with Supreme Court hearings on Janus vs. AFSCME, which could weaken the ability of public sector employees to organize, according to a press release from FCCPR.

Sheila Gilmour, a Greenfield city councilor and member of the FCCPR coordinating committee, said the case deals with agency fees in public sector unions, which covers the cost of negotiating and enforcing a contract. A ruling in favor of Janus would mean public sector employees could leave their unions and not pay dues, while unions would still be legally-bound to represent them.

“It would eliminate agency fees,” said Gilmour, who is a member of the University Staff Association union for clerical workers and accountants at UMass Amherst running for vice president of that union. “In a lot of these right-to-work states, they eliminate agency fees and then they go around and send postcards to everybody to tell them, ‘Hey, you could give yourself a raise by not paying union dues.’ And then, as people drop out of the union, the union has less power to negotiate.”

She said if the ruling goes against union organizers, it would “steamroll” unions and is fundamentally unfair.

“It’s a way to dismantle bargaining power with public sector unions … The reason this is possible is because of Citizens United. When they decided that money is speech, that’s when they said you can’t force people to pay this agency fee because it violates their 1st Amendment Right,” Gilmour said. “And it’s really a cover for trying to break the unions. They don’t want to have to pay us a living wage or benefits. They want management to be in control of these things. They want to keep the poor people poor and hollow out the middle class.”

Speakers for the event include State Rep. Paul Mark, Patrick Burke from the Hampshire-Franklin Central Labor Council, and members of the Massachusetts Teachers Association and Massachusetts Nurses Association, which is a private sector union that stands in solidarity with public sector workers, Gilmour said.