Pick of the Day 2/28: Countdown Zero at Forbes Library 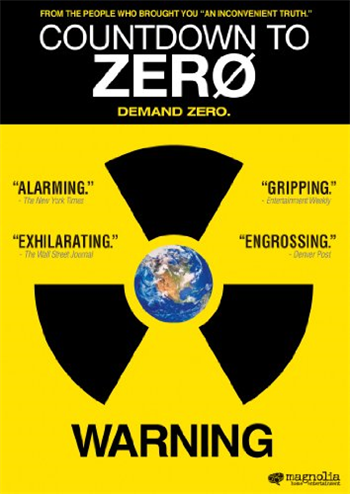 It’s kind of a bummer, but real life usually is.  The 2010 documentary Countdown Zero (as part of the Forbes Library’s Resistance Film Series) traces the history of the atomic bomb from its origins to the present state of global affairs. It argues that the likelihood of the use of nuclear weapons has increased since the end of the Cold War due to terrorism, nuclear proliferation, theft of nuclear materials and weapons, and other factors. Post film speakers: Timmon Wallis and Vicki Elson, of the National Treaty Compliance Campaign will be on hand for a discussion. Countdown to Zero will be screened at the Forbes Library from 6:30 p.m. – 8:30 p.m.  Forbes Library, 20 West St., in Northampton.