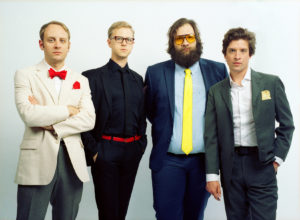 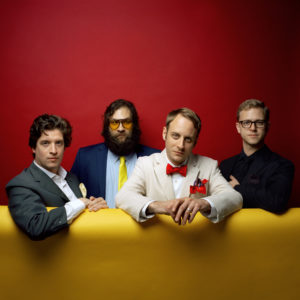 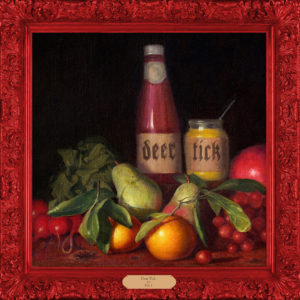 Alternative rock band Deer Tick, known for its blend of influences from grungy alternative rock, to folk, punk, blues, and country, is heading to the Academy of Music Theatre this Friday, March 2, at 7 p.m. as part of Signature Sounds’ Back Porch Festival. Ahead of the band’s performance, Valley Advocate staff writer Chris Goudreau had a chance to chat with guitarist Ian Patrick O’Neill about the band’s new records “Deer Tick Vol. 1 and 2,” growing up in the Pioneer Valley, and his favorite places to visit in Northampton.

Chris Goudreau: It’s a really interesting concept to release back to back records with where you have a different approach for each one – one is acoustic, while the other is electric. How did that idea come about?

Ian Patrick O’Neil: I think that we wanted to see through both sides of our bands. In the past we included both loud and quiet songs on the same record. So, I think we kind of wanted to basically just commit to both ideas and make two records that were worth putting out. When we realized that we had more songs than we needed, then we realized that it could be a reality.

Chris: I understand you grew up in the Pioneer Valley.

Ian: Yeah, I grew up in West Springfield.

Chris: Do you consider this a homecoming show at the Academy of Music?

Ian: I think anytime we play in Northampton I have lots of family that comes out and there is inevitably a sense of homecoming. I grew up in West Springfield and my Dad lived in Northampton for a while too, so I spent an awful lot of time walking around Northampton and playing there in high school.

Chris: When you’re in Western Mass, do you have any favorite places you like to visit?

Ian: Sure. I can give you a long list (laughs). Turn It Up! is still my favorite record store in the area — the one in Northampton. I love Joe’s Cafe in Northampton. That’s my favorite place to get dinner when I’m there. Haymarket Cafe is where I grew up getting coffee all the time. The Watering Hole and Packard’s are great bars that we will inevitably go to after our show.

Chris: What was it like as a performer in your early years playing music venues around here? Where did you get your start?

Ian: The big exciting place that you got to play was the basement of Pearl Street. We used to play there when you could still smoke inside. It was kind of nuts. That was a big place that everybody wanted to play. You had to sell your own tickets and everything like that. Other than that, we used to play the Eagles Club in Northampton, lots of VFWs, and places you could just rent out. Playing actual music venues was almost reserved for a different music scene for a while.

Chris: In your own words, how would you describe your guitar playing?

Ian: I kind of tend to – especially when you’re playing in a band with another guitar player – try to find shapes of chords from whatever they’re playing unless the point is to be square and straight down the middle and play the same exact thing. But, I really like noisy guitar solos. That elicits the biggest emotional response for guitar playing for me. I like chords that are just three notes sometimes. I think stripping away and simplifying the guitar makes it sound the best?

Chris: What are some of your all time favorite records – the typical desert island albums?

Ian: Songs from a Room by Leonard Cohen is incredible. Love And Theft by Bob Dylan is another one that I listen to pretty incessantly and The Convincer by Nick Lowe.

Chris: I have an odd ball question for you next. Do you have any weird or interesting stories that you might be able to share about playing gigs around here?

Ian: There was a show that my high school band played in Springfield at the John Boyle O’Reilly Club, which is an Irish social club that I grew up attending. There used to be so much drama in the music scene. I remember this crew of hardcore kids called Springfield Crew kind of faced off against some of our friends and there was just a giant brawl in the parking lot.

Chris: What was one of your favorite records to work on with Deer Tick? This is kind of a double question, but also do you have any favorite songs that you like to play live?

Ian: The last two [records] were probably the most fulfilling recording experience that I think that any of us have probably had with one another. It felt really cool to be at such a fantastic working space at Ardent Studios [in Memphis, Tennessee.] We all lived in a mansion together. I mean a very cheap mansion by the way (laughs). It was a really great restart for us.