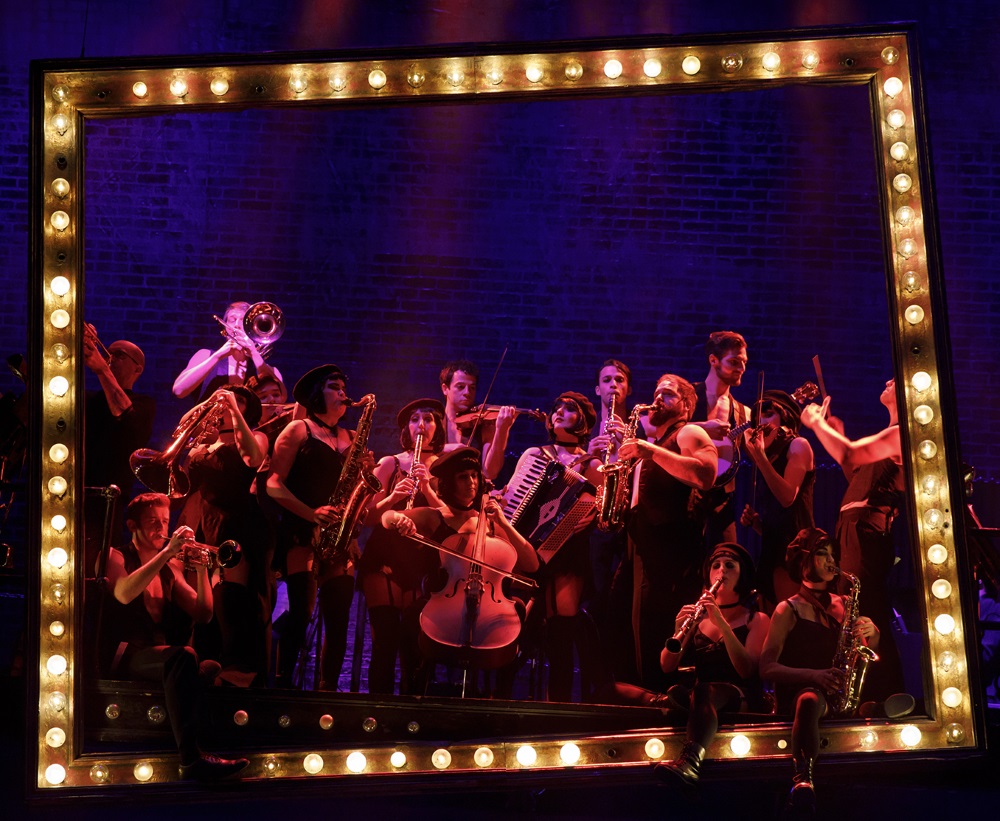 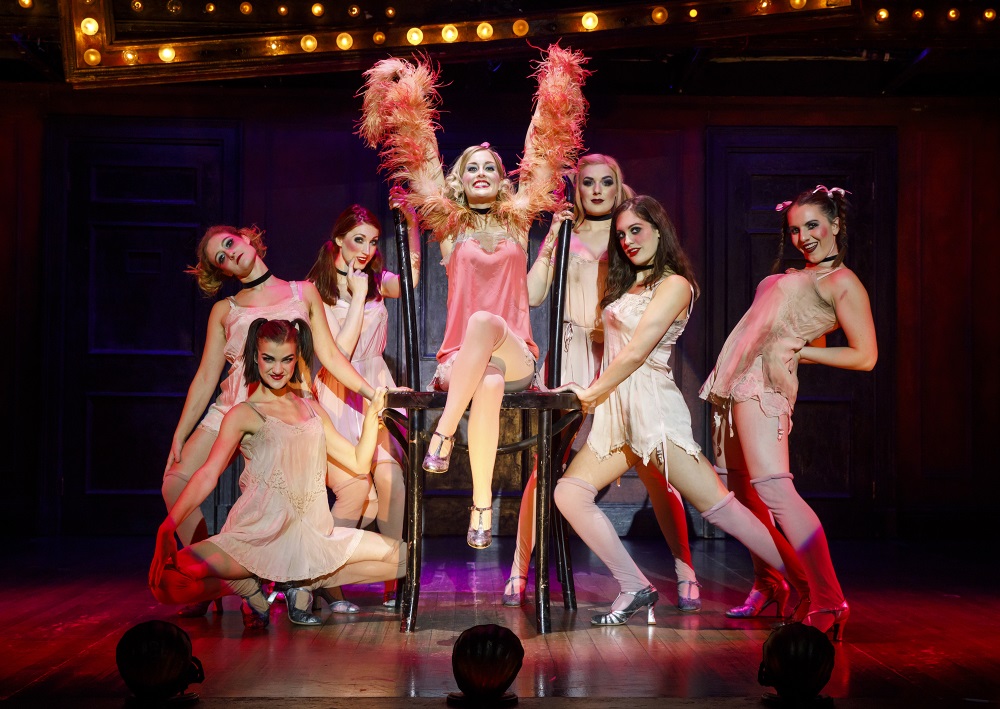 As I wrote in this space last year, “So much of what we see and create seems newly topical and timely” since the rise of Trump. “Everything is now filtered through a horrifying new prism, taking on fresh meaning and urgency.”

A striking example of the “Trump Effect” is onstage at the UMass Fine Arts Center on Tuesday – the classic musical Cabaret, perhaps the darkest song-and-dance show ever to light up Broadway, and one that reverberates even more eerily today.

This touring production is the Roundabout Theatre Company’s 2014 New York revival of its own 1998 Tony winner, itself the descendant of a long lineage. The John Kander/Fred Ebb musical that opened on Broadway in 1966 was adapted from I Am a Camera, a play by John van Druten, whose source was Christopher Isherwood’s 1939 episodic novel Goodbye to Berlin: “There was a cabaret and there was a master of ceremonies and there was a city called Berlin in a country called Germany. It was the end of the world….and I was dancing with Sally Bowles and we were both fast asleep.” 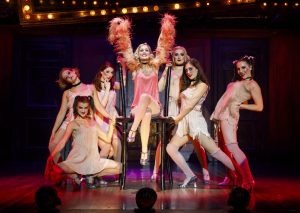 Fast asleep because in the Weimar Germany that Isherwood visited, everyone, it seemed, was dancing and decadent, oblivious to the advancing Nazi peril. The musical, like the play (and its 1955 movie adaptation) sets the action in a seedy Berlin rooming house and a seedier cabaret, the Kit Kat Klub, where Sally Bowles, a young English chanteuse, is part of the floor show.

The deceptively jaunty score includes “Willkommen,” a greeting to the audience delivered by the chillingly androgynous Emcee; Sally’s show-stopping title song, which turns from a cheery invitation to throw away cares and “come hear the music play” into an elegy for a suicidal friend; and “Tomorrow Belongs to Me,” another song that begins innocently enough, as a hymn to the fatherland, before twisting into a Nazi anthem.

That number may also remind us of how far away Cabaret is from that other musical with a song called “Tomorrow,” the one about the spunky tousle-haired little girl in Depression-era New York. And Cabaret’s bittersweet conclusion – with the accent on bitter – is an equally far cry from the singing Trapp family climbing every mountain to find their dream and, oh yes, escape the approaching storm troopers.