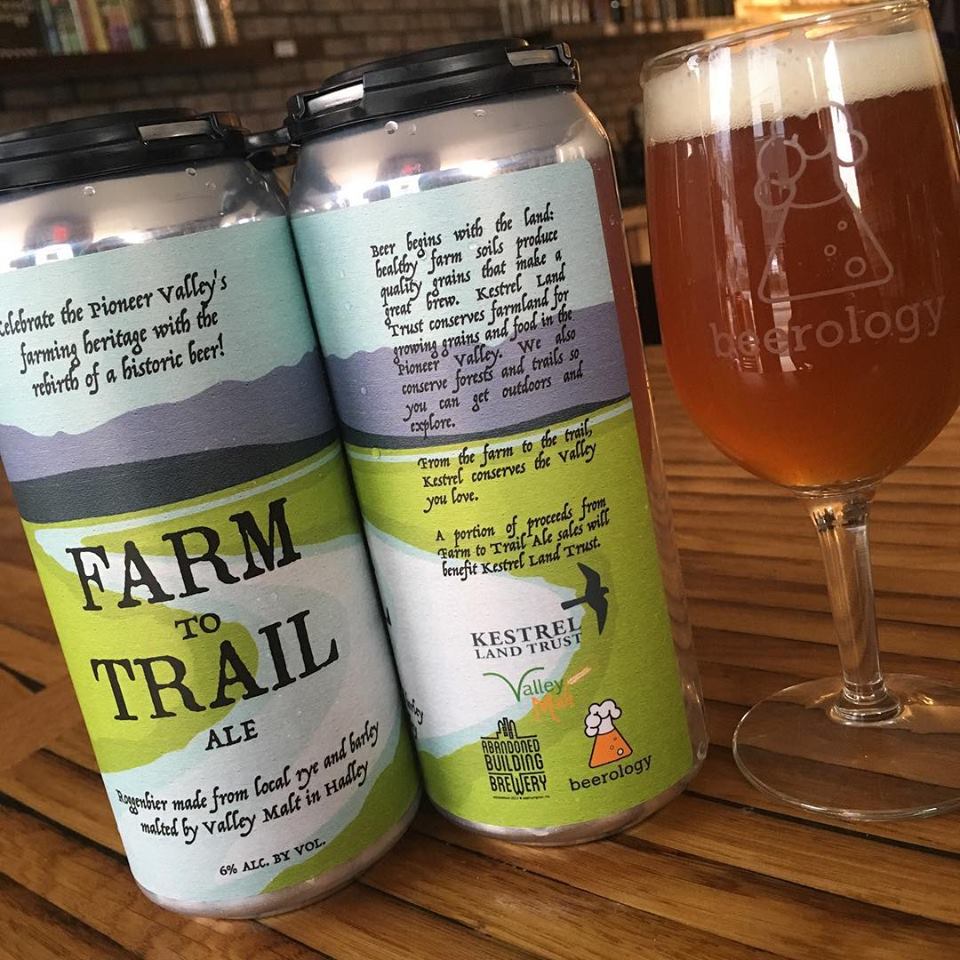 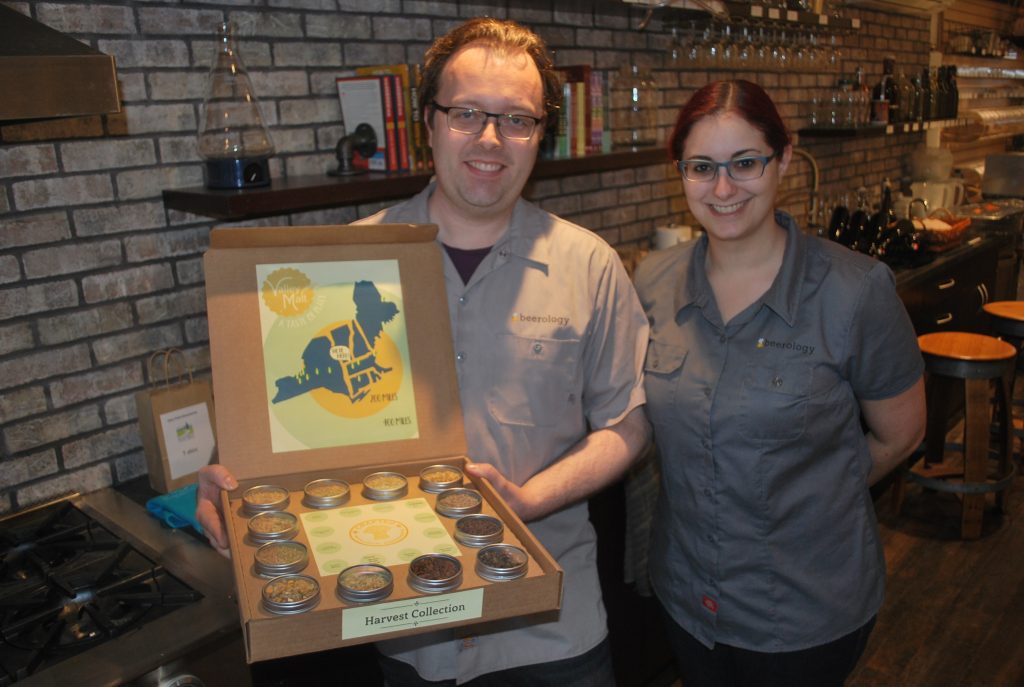 A limited edition craft beer called “the Farm to Trail Ale” was recently released on March 4 and celebrates the legacy of the Amherst-based Kestrel Land Trust, which has conserved more than 25,000 acres of forests and farmlands since the 1970s.

The beer is a collaboration between between Kestrel and three Pioneer Valley craft beer businesses — Beerology in Northampton, which crafted the rye ale using an historic recipe, Abandoned Building Brewery in Easthampton, which brewed the Roggenbier (rye) style beer, and Hadley-based Valley Malt, which malted local rye and barley for the beer. A portion of the proceeds of the beer will benefit the Kestrel Land Trust, according to a press release. 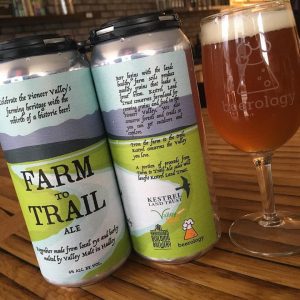 “Our feeling that was creating a locally grown, malted, and brewed beer for Kestrel is kind of a fun way to make a more serious point,” Kari Blood, communications and outreach manager for Kestrel Land Trust, said. “Our goal is really to help people think about how important farms and forests in this region are important to their lives. Without local farms being permanently conserved, we could lose the ability to grow food for ourselves and a rich part of the Valley’s agricultural heritage.”

Jordana Starr, co-owner of Beerology, said the idea behind the beer celebrates the importance of farmland in making beer.

“The idea is that if it weren’t for the farmland in the first place, we wouldn’t be able to grow these grains to make beer,” she said.

At the March 4 kick-off party at homebrew supply shop and beer education center, Beerology co-owner and master brewer Mike Schilling told the Valley Advocate about the recipe for the beer.

“It’s Valley pale malt, which is barley, and then a third of it is danko rye, it’s an urban variety of rye. And then we have a little bit of caramunich malt as well,” Schilling said of the recipe. 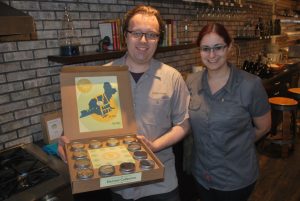 Mike Schilling, master brewer and co-owner of Beerology (left), holds ingredients for the Farm to Trail Ale. Standing to his right is co-owner Jordana Starr.

Before a 1516 German beer purity law came into effect, people in Bavaria enjoyed brewing and drinking rye beers, he said. However, the law prohibited brewing with anything other than malted barley, which led to the near destruction of those styles of beers, he said. Roggenbier style malted rye beer is considered an historical beer today and is described as having a richer and spicier maltiness than all wheat-based beers.

Andrea Stanley, owner of Valley Malt, said rye was introduced to North America by colonists as well as other cereal grains used in brewing such as barley.

“Rye is a hardy, scrappy grain that can grow in many soil types and has a unique ability to capture nutrients and nourish soil,” she said. “Early colonial towns around the Connecticut River Valley grew rye and relied on it for straw and used the seed to make bread and beer.”

The beer will be available in the next week at local businesses, including River Valley Market, Liquors 44, State Street Wine, and Provisions in Northampton, Table and Vine as well as Liquors 44 in Springfield, Whole Foods in Hadley, Atkins Farm in Amherst, Old Colony Package Store, Riffs, and Jim’s Package Store in Easthampton, Cold River Package in Charlemont, as well as Ryan and Casey’s in Greenfield.

For more information about the Farm to Trail Ale visit www.kestreltrust.org/calendar/farm-to-trail-ale-release-party