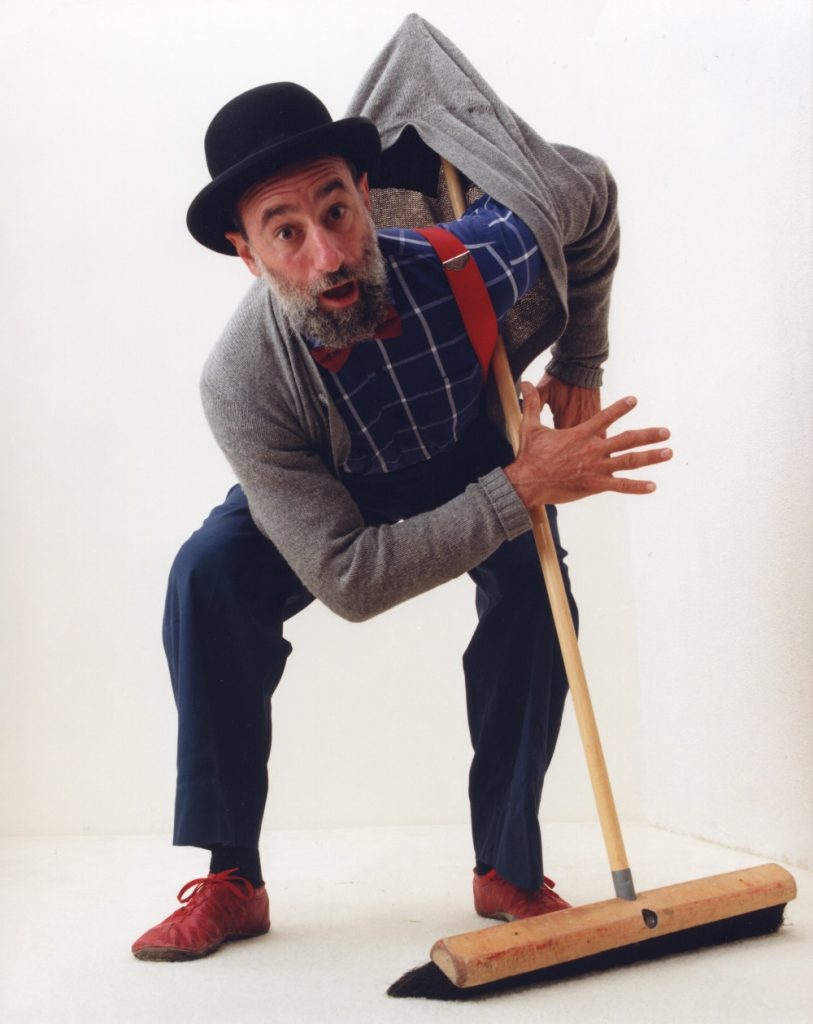 That wizard of wise foolery known as Avner the Eccentric is back. Avner Eisenberg is a genius of physical comedy and quick-witted clowning whose whimsical website states that “as a kid his passions were snakes and juggling. He wanted to be a doctor, but after a year as an honors chemistry and biology major his parents forced him into performing. … He studied in Paris with Jacques Lecoq and once, while street performing in Paris, was arrested for buffoonery in public.”

He was also a disciple of Carlo Mazzone-Clementi at the Dell’Arte School of Physical Comedy. “Lecoq taught me everything I know,” he says, “and Carlo taught me the rest.”

Avner, in turn, has numerous disciples of his own. They include Martin Shell, who heads the theater program at Springfield College and says of his teacher, “He weaves a spell of poetic simplicity in a show of hilarious predicaments [that] defies the barriers of language and culture.”

Shell brought Avner to Springfield back in 2010, and is again hosting his one-man show, on Wednesday of this week. Here’s what the Advocate had to say about that previous appearance:

Avner Eisenberg’s official biography states that he “would really rather be sailing.” Instead, he regularly leaves his island home off the Maine coast to become Avner the Eccentric, one of the most respected, influential and, by the way, roll-in-the-aisle funniest clowns in the business.

Sporting a full gray beard, flannel shirt and suspenders, he looks quite the old down-easter. But his physical comedy, while disarmingly off-hand, is sharp and sophisticated. He’s performing his new one-man show, “Exceptions to Gravity,” at Springfield College this week.

“Gravity” has a double meaning here – taking exception to solemnity as well as Newton’s law. Apart from Avner’s perfectly straight face and mock-dignified demeanor, there is a total absence of seriousness in the wordless sketches, which include some gravity-defying turns with a peacock feather, a sheet of newsprint and a stepladder, delivered with the master’s own lighter-than-air comic touch.

You can have your Squiggles the Clown and Hondo the Magnificent. It takes a clown of bigger aspirations to dub himself Avner the Eccentric. Avner Eisenberg is indeed a clown of eccentric tendencies, offering physical comedy, acts of audacious balancing and a mix of mime and illusion. Whatever it is, it’s fascinating to watch him do it.

Avner is, in addition to being an eccentric, a philosopher of performance who seems utterly at home putting on a show. Among his many “Eccentric Principles” you’ll find these: “A clown’s job is to make the audience feel things, and to get the audience to breathe.” And “Everyone inhales, but many of us need to be reminded to exhale.”

Expect to need that reminder if you check out Avner—some of his feats in his show, “Exceptions to Gravity,” are breathtaking.