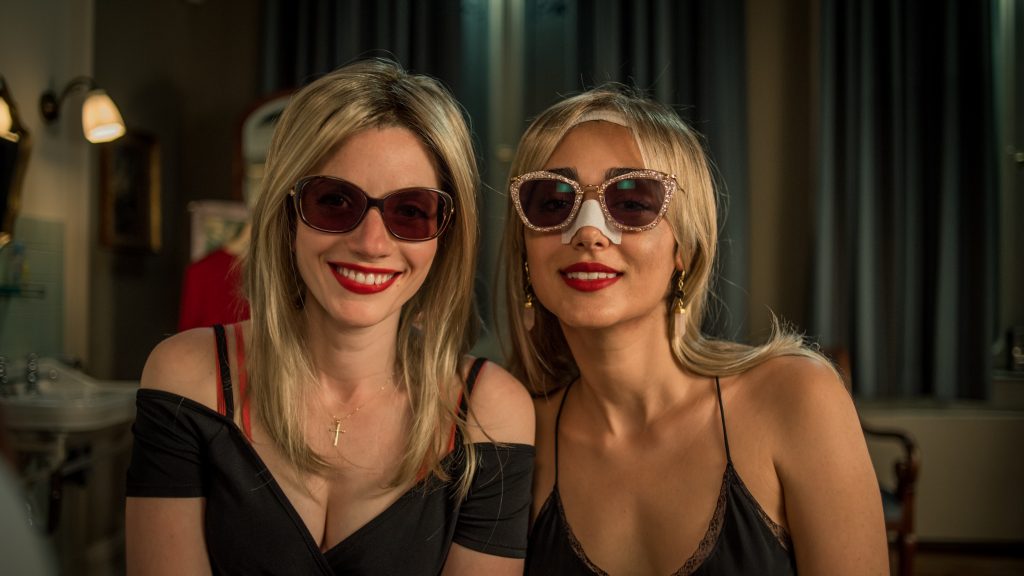 Now in its 13th year, the Pioneer Valley Jewish Film Festival has proven itself to be one of the area’s most popular cinematic traditions. And with good reason: the festival is a wide-reaching affair that brings its offerings not just to one theater, but to screens throughout the Valley, creating a two-week event that feels like the truly regional experience it is.

Just as wide-ranging is the festival’s slate of films, a varied lineup that features drama and documentary alongside comedies and thrillers. And while a thread of Jewish identity runs through them all, it is by no means a requirement that one be a member of the faith to enjoy the show. Indeed, part of the PVJFF’s stated mission is to create the chance for “community dialogue both within and outside of the Jewish community.” To help make that happen, festival director Deb Krivoy and her staff arrange visits from filmmakers, panel discussions, and other events that deepen the film-going experience.

This year, the festival runs March 15-27. A full listing of the festival schedule is available at pvjff.org, where you can also view trailers or buy a discounted festival pass. Here are just a few of this week’s highlights.

Shelter has its Massachusetts premiere at 8 p.m. on Saturday, March 17, at Longmeadow High School. An espionage thriller from Israeli director Eran Riklis (Lemon Tree), it centers on Mona, a Hezbollah informant; and Naomi, the Mossad agent assigned to protect her after the former’s identity-changing plastic surgery. Buttoned up in a German safe house during Mona’s recovery, the two women — once sworn enemies — form a tenuous bond. As both recover from their personal losses, the future begins to offer something more hopeful — so long as they can survive until then.

The night before, on March 16, Monsieur Mayonnaise has its own Massachusetts premiere, in an afternoon show (1:30 p.m.) at the D’Amour Museum of Fine Arts in Springfield. The film, directed by Trevor Graham, is Philippe Mora’s investigation of his father’s history in the French Resistance during WWII, and of his mother’s escape from Auschwitz. A cult-horror director and comic book artist, Mora brings his talent to bear on the story, working to create a comic about his parents’ stories. Part road movie, part personal history, this unusual documentary reminds us that the stories of war are never simple.

On Monday, March 19, at 7 p.m., Westfield State University hosts East Jerusalem West Jerusalem, Henrique Cymerman and Erez Miller’s documentary film about singer-songwriter David Broza. An artist-activist whose longtime dream is to connect Jewish and Arab communities through music, Broza and his collaborators come together for a week-long studio session that begins with music and builds to wider truths. Introduced by WSU Interfaith Center Director Father Warren Savage, the film will be followed by a panel discussion moderated by history professor Elise Young and Rabbi Efriam Eisen.

Also: the Academy of Music in Northampton gives film-goers a chance to belt it out when it presents a March 18 Sunday evening screening of Mamma Mia Sing-A-Long! Bursting with the ABBA songs that made the stage production famous, the film, for many, may call to mind the memory of mothers and aunts dancing in the kitchen during the boozy holidays of the ’70s. A guilty pleasure that encourages its audience to leave their troubles at the door, the sing-a-long format judges no one. Don’t know the words? Don’t worry—at this special screening, the lyrics to the musical numbers are shown onscreen, turning the venerable Academy into the town’s biggest karaoke hall. Meryl Streep stars as the single mom who is trying to figure out which of three former lovers (Pierce Brosnan, Colin Firth, and Stellan Skarsgard) might be the father of her soon-to-be-wed daughter (Amanda Seyfried).