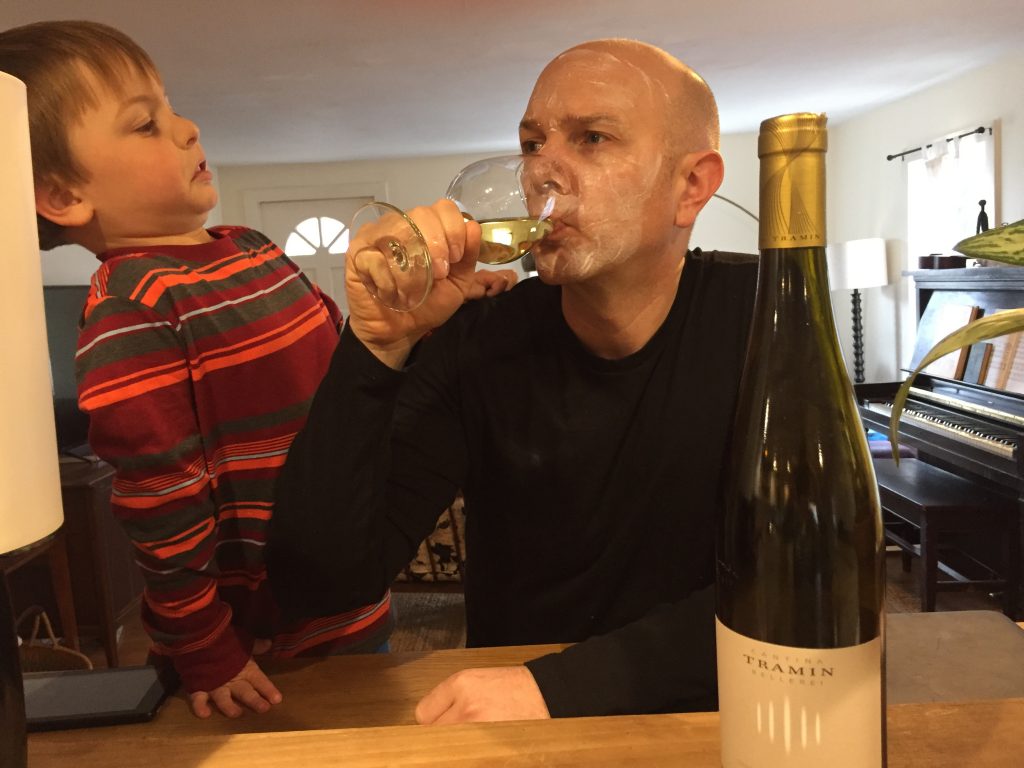 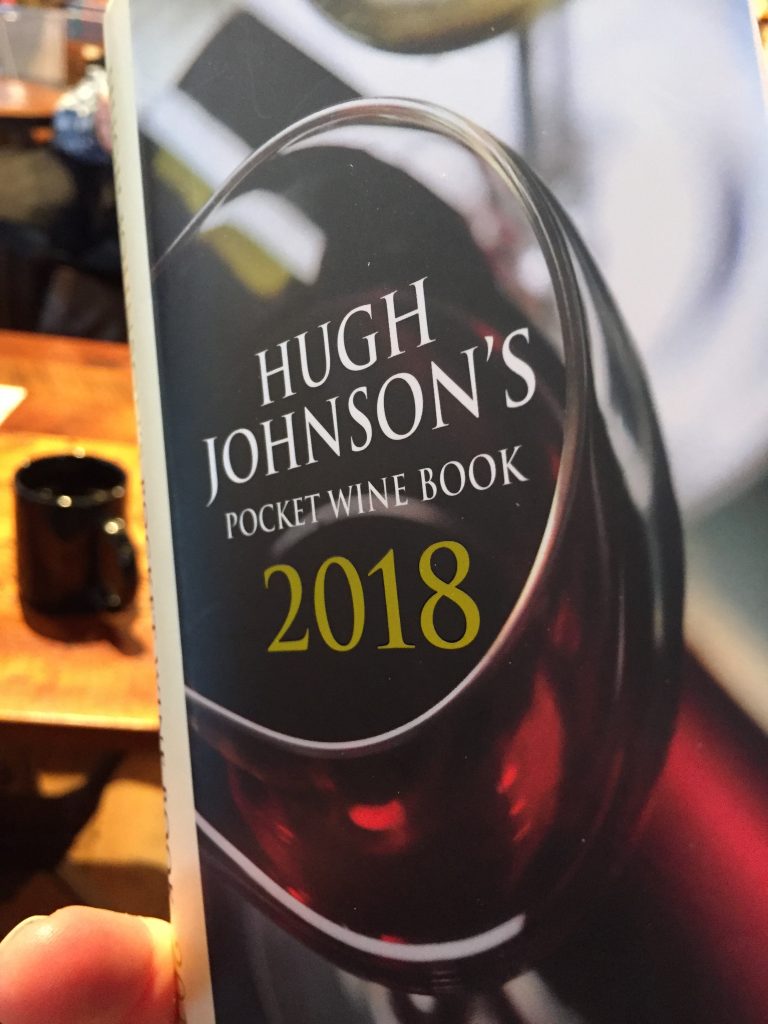 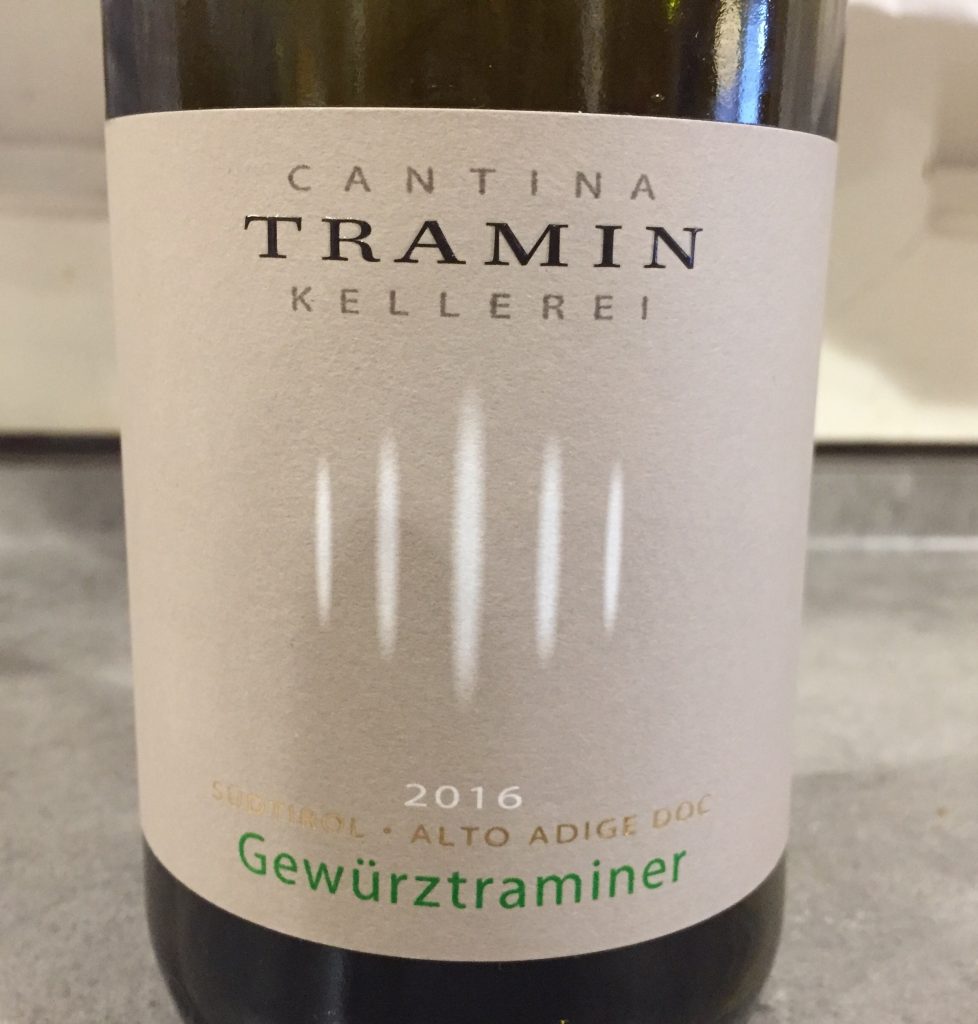 “It smells like…you know how, in spring, the buds are coming out on the trees? Like those trees that smell like sex?”

Thus was my conversation with my wife, Professora Belmonte, after a first whiff of an interesting oddity of a wine — 2016 Cantina Tramin Gewürztraminer. 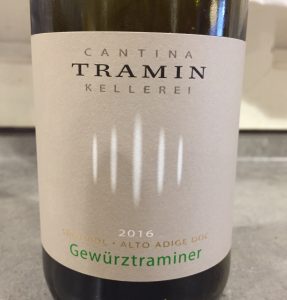 Gewürztraminer is not an overly popular wine grape but if you’ve had it, you’ve probably had it from Alsace. Alsace is that delightfully distinct wine region with an international identity crisis: “Am I Germany? Am I France?” It depends on who won the last war. But it’s also a little bit Switzerland, and a little bit Italy, because it shares proximity to all these countries. Currently, it’s officially part of France. Alsace makes great wines, especially Riesling. Gewürztraminer is the second most planted grape of Alsace and some of the finest expressions of Gewürztraminer are from Alsace. That this Gewürztraminer —Cantina Tramin — is NOT from Alsace is part of the interesting story of this wine.

In German, “gewürz” means “spice.” As one of my wine gurus, The Wine Son Wes DeSantis, often reminds me, when you put “er” at the end of a German word it means “from” whatever came before the “er.” Think Kennedy’s famous “Ich bin ein Berliner” speech. He meant to say “I am from Berlin.” Berlin-er. Forget that he actually mispronounced it and said “I am a jelly donut.” Thus, “gewürz-tramin-er” would translate to “spicy-wine from Tramin.” And guess where this wine is from? Not Alsace. But Termeno, Italy. In German, guess what they call Termeno? Tramin! Gewürztraminer, Cantina Tramin is from Tramin. And where is Tramin? Not Alsace. But the Alto Adige region of Italy. Our bottle of wine contains the origin story of the Gewürztraminer grape. While Gewürztraminer has a somewhat complicated genealogy, there is plenty of evidence to suggest that Gewürztraminer got its start in Italy.  So this bottle of wine is the Godfather Part II of Gewürztraminer. Well, De Niro’s part, at least. And just like Vito Corleone this grape took the name of a town.

Don Ciccio: I see you took the name of the town. What was your father’s name?

Don Ciccio: You’ll have to speak up. I can’t hear you

Vito Corleone: My father’s name was Antonio Andolini… and this is for you. 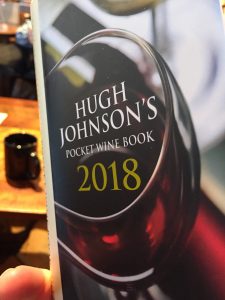 What’s that in your pocket? Hugh Johnson! Photo (and joke) by Monte Belmonte

Apart from one Monte Belmonte the world’s best selling wine writer is said to be the British writer, Hugh Johnson. He is famous for his “Pocket Wine Book.” Which always leads me to ask “Is that Hugh Johnson in your pocket or are you just happy to see me?” That joke works better if you read it out loud. Please read my previous quote out loud now.

Thank you. Huge Johnson describes Gewurztraminer as “one of the most pungent grapes, spicy with aromas of rose petals, face-cream…” Wait a minute, face-cream? Who wants to drink face-cream? Turns out, I do. But where have I heard Gewürztraminer compared to face-cream before?

My wonderful, smart, caring, kind, beautiful, wicked-cheap-date, totally non-expert, Pinot Grigio drinking, wife — Professora Belmonte — totally NAILED the description listed by the world’s greatest wine writer after just one whiff. She also nailed the “rose petals” part. And all I was able to do is compare this wine to a non-existent sex tree. My “Hugh Johnson” is experiencing erectile dysfunction.  Nevertheless, I forge forward.

I love this wine. It smells and tastes like a meditation on the end of winter and the beginning of the season of both procreation and recreation. I’m not ashamed of my sex tree description. It smells of pheromones. It’s a wine that I imagine could’ve been served to the Pantheon and used by the gods to woo unsuspecting humans into bed. And at around $22, not too big a budgetary risk to take for a wine that is sure to generate at least some sort of reaction from whomever you serve this to.

I had the opportunity to speak with Thomas Schlumberger over fried clams and BYO Gewürztraminer at Captain Jack’s Roadside Shack a few years ago. His family makes beautiful Alsatian wines, including excellent Gewürztraminer. He told me “My parents actually shipped a bottle of Gewürz to the perfume labs in the South of France, just to see what was in it. A very complex perfume contains about 100 aroma molecules. A bottle of Gewürz has more than 300 naturally occurring aroma molecules in each bottle. So I always say, if you have run out of perfume just splash on a little bit of Gewürz.” See? There is something inherently seductive and sexual about the scent of this wine. It’s like a perfume that you drink.

“Roses and Oil of Olay?” says The Professora. “It smells like old people.” 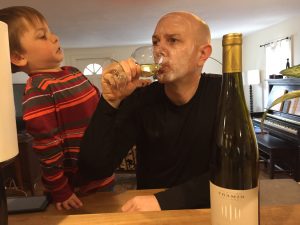 As a final note on the 2016 Cantina Tramin Gewürztraminer, I put some face cream on while finishing the last glass, to see how closely it resembled the face cream. Turns out, very closely. But do not do this. Not only does my newly smooth-skinned face burn a little bit, but now all I can smell and taste is the face cream.