Infants of the Spring: A new play views the Harlem Renaissance with a jaundiced eye 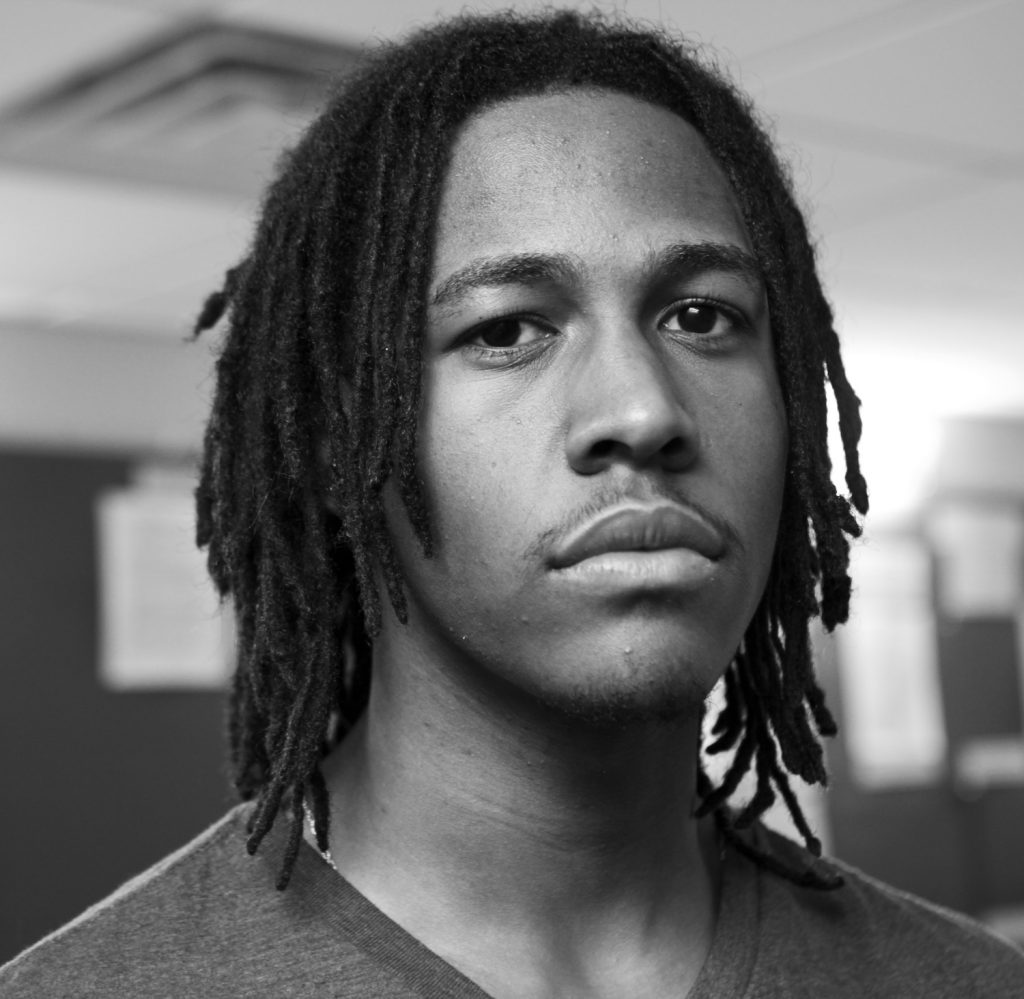 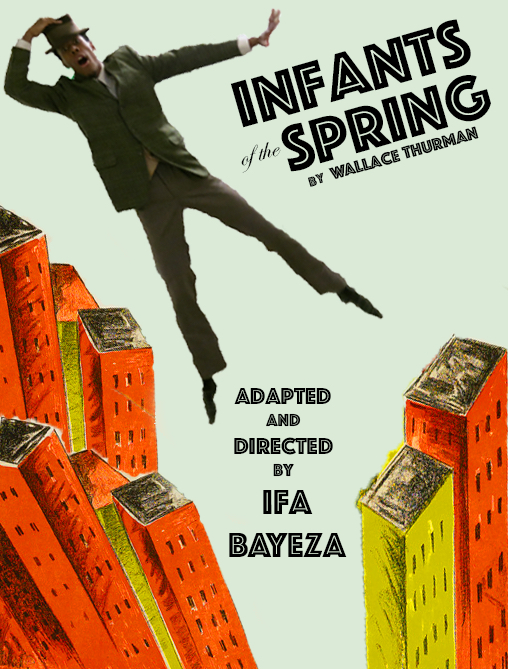 Infants of the Spring poster image 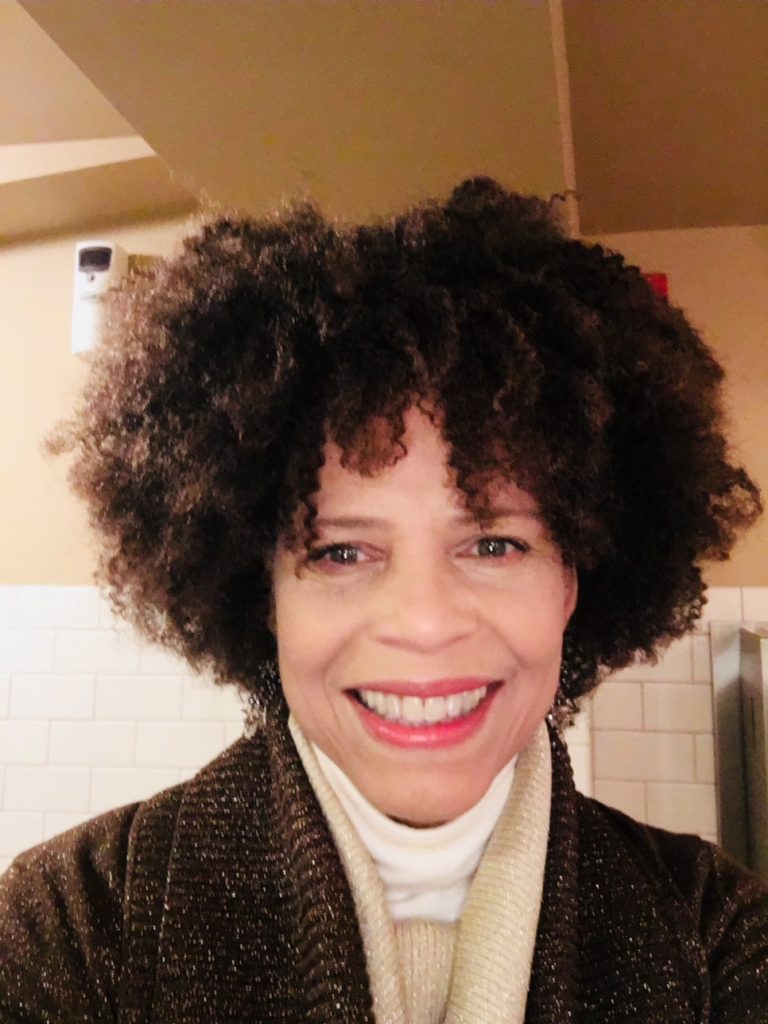 Ifa Bayeza. Courtesy of the artist

The artistic nexus of the 1920s known as the Harlem Renaissance or New Negro Movement is remembered as a great flowering of black talent and a golden age in American cultural history. But at least one of its members, looking at it from the inside, saw it quite differently.

The novelist, journalist and playwright Wallace Thurman had a less heroic view of his fellow artists, many of them, then and now, major figures in American letters. Infants of the Spring, his 1932 autobiographical roman-à-clef, takes ironic aim at that mileu. Thurman referred to his cohort as “the Niggerati” — a sardonic moniker for the era’s black literati, coined by the great novelist/folklorist Zora Neale Hurston — and he dubbed the rooming house on West 136th Street, where he lived with the poet Langston Hughes, among others, Niggerati Manor. 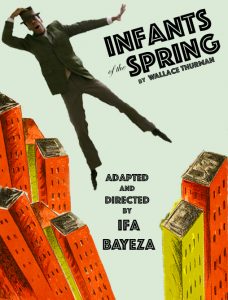 Infants of the Spring poster image

Now the novel has become a play, premiering this month at UMass. Written and directed by Ifa Bayeza, it’s a faithful adaptation of the original, bringing Thurman’s sprawling vision of Harlem life onstage. The production has raised eyebrows, not only for Thurman’s skeptical view of an iconic moment in African-American history, but for its the casual use of the N-word, which is spoken more than 20 times.

An extensive study guide, created by dramaturgs Priscilla Page and Shaila Schmidt for school groups attending a special performance, addresses those issues, as well as “fundamental questions about life and the purpose of art against the backdrop of Jim Crow-era racism” raised by the play.

During rehearsals, the use of the N-word was discussed in depth with the mixed-race student cast — including its very different weight and meaning in black and white culture. “I asked them to consider how Black actors are doubly vulnerable as the targets of racism and violence in certain scenes,” Page writes, “to think about how they could approach their characters in ways that would honor them, flaws and all. I asked the actors to think about how they could maintain a sense of dignity for their characters, and I told them that they needed to balance this with a sense of dignity for themselves.”

Both the novel and the play take place in and around a thinly disguised version of the rooming house Thurman lived in, populated by a slightly fictionalized cast of characters based on his friends and colleagues. They include not only Hurston and Hughes, but Dr. Alain Locke, founder-theorist of the New Negro Movement, with sidelong glances at other writers, artists, activists and musicians of Jazz Age New York. Thurman jabbed satirically at what he saw as pretentious intellectualism and “Talented Tenth” exceptionalism, mediocre work lavishly praised, the notion of art as an engine of social and political change, and unacknowledged hunger for white approval. 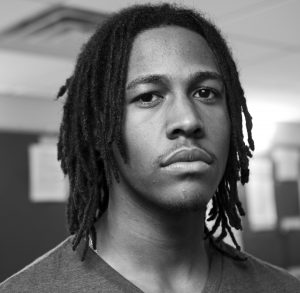 At the center of the piece is Raymond Taylor, a young black writer whose first novel was a big success but who now, as Bayeza puts it, “struggles to create under the weight of history and the toll of expectation. He staves off anxiety with erudite, witty tours of black Harlem nightlife and mocking caricatures.”

The play begins as the novel does, with Raymond introducing a white friend to the Manor, and right away the cultural gulf is cunningly underlined, as the visitor exclaims, “Nice diggings you have here,” only to be laughingly corrected: “It’s digs.”

Raymond is a prime example of W.E.B. Du Bois’ famous recognition of the “double consciousness” that gives black people living in a white world “the sense of looking at one’s self through the eyes of others.” That sense colors his own identity and fuels his condescension toward the black people around him, unable to see them for who they truly and completely are.

Bayeza, a master’s candidate in playwriting and dramaturgy in the university’s theater program, is already an accomplished and award-winning playwright and co-author (with her sister, poet/playwright Ntozake Shange) of the 2010 novel Some Sing, Some Cry. She told me she has wanted to adapt Thurman’s novel for a long time. “He wrote such sparkling dialogue and presented such a daring debate of ideas, the work cried out to be staged.” 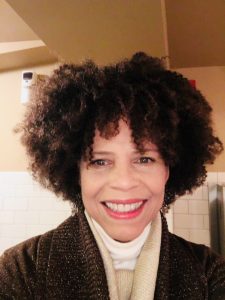 Ifa Bayeza. Courtesy of the artist

Well aware of the production’s context, performing in a majority-white region, she said she hopes to bring “not only a sense of history to the campus and community, but also a vivid contemporary discussion of race, gender, class, the role of art, identity, love, longing.”