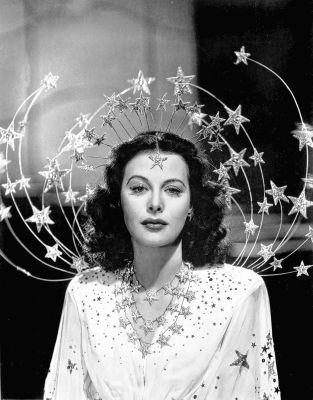 It couldn’t have been easy to be known as The Most Beautiful Woman in the World. But that was the way actress Hedy Lamarr was presented to American audiences by studio head Louis B. Mayer, who came across the star during a European jaunt in the late 1930s. By then, Lamarr — born Hedwig Eva Maria Kiesler in 1914 Vienna — had already appeared in Ecstasy, a film that made her famous due to its frank nudity and inclusion of an orgasmic sexual encounter.

But despite her fame, it was an unhappy time. A stifling marriage had followed Ecstasy — her controlling older husband, an Austrian arms merchant, was not interested in her pursuing an acting career — and with the Nazis rising, Lamarr was ready to escape to the U.S. Mayer was all too happy to facilitate the trip, and the rest, as they say, is history. But in Lamarr’s case, some of the most interesting parts of that history have nothing to do with what made her famous.

Bombshell: The Hedy Lamarr Story tells that tale. Screening at 7 p.m. on Sunday, March 25, at Mount Holyoke’s Gamble Auditorium as part of the Pioneer Valley Jewish Film Festival, director Alexandra Dean’s documentary is a look at what Lamarr was like when the cameras stopped rolling, and in particular, her interest in mechanical and electronic inventions. Using the actress’s voice, pulled from archival recordings, Dean is able to let Lamarr tell some of her own fascinating story: how she worked with composer George Antheil to build a frequency-skipping radio communication system that would allow Allied torpedoes to avoid the Axis jamming techniques that sent them off course. In what feels like karmic justice, she also drew on knowledge she gained while married to her husband the torpedo-seller. 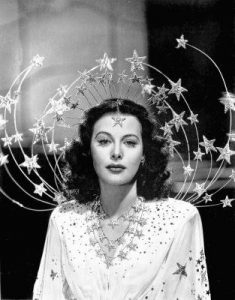 It sounds like the stuff of a spy movie: the starlet and the pianist squaring off against the Nazi threat. So it’s puzzling that the story has taken so long to come to light; while the Navy would eventually adopt some of Lamarr’s ideas during the Cuban Missile Crisis, her contributions to the world of technology — the same ideas that would go on to play a role in the establishment of GPS, Bluetooth, and WiFi — have remained too-long unheralded. Hopefully, Dean’s film will help turn that tide. The screening will also feature a discussion between Mount Holyoke’s Chair of Film Studies Robin Blaetz and Chair of Physics Katherine Aidala.

Also in cinema: Amherst Cinema is celebrating the 100th anniversary of Swedish director Ingmar Bergman’s birth with special screenings of six of his greatest films. A true giant of cinematic history, Bergman forever changed the way American audiences looked at world cinema; in perhaps our greatest bit of flattery, it is most often his films that we continue to ape when reaching for a satirical “foreign film” trope — so deeply ingrained into our collective psyche has his imagery become.

Films screen on Sundays at 2 p.m. and Wednesdays at 7 p.m. Coming up is Smiles of a Summer Night, Bergman’s 1955 comedy that, after a long career in Sweden, finally brought the director to international notice. In it, four couples spend a country weekend navigating the complicated world of romantic attraction. That is followed up by Bergman’s iconic The Seventh Seal, a 1957 cinematic landmark that continues to amaze and enthrall today. This is the film that, even if you’ve never seen a frame of Bergman’s, you will recognize immediately. Max von Sydow portrays Antonius Block, a knight who, exhausted and disillusioned from battling in the Crusades, meets Death as he returns to a plague-ravaged Sweden. As the knight’s party makes their way home, Block and Death engage in a running commentary on mankind — and a chess game that will decide Block’s fate.