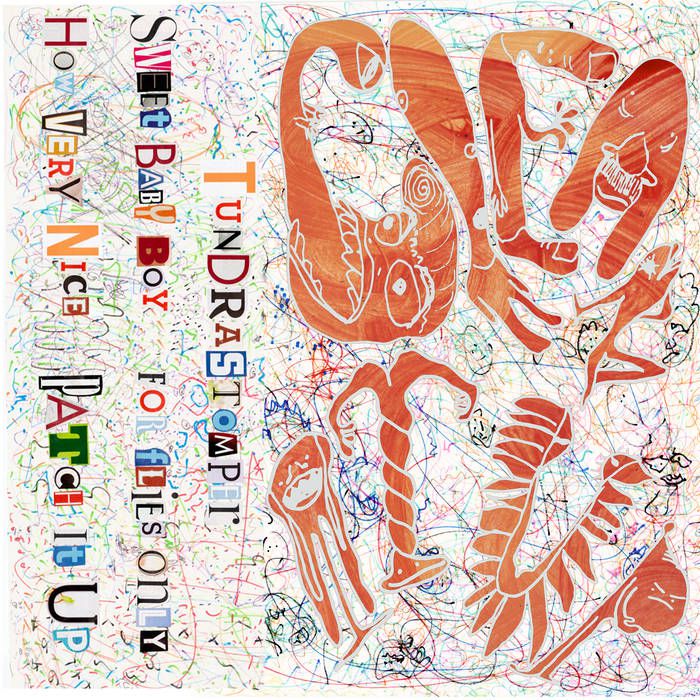 Before writing this column, I stopped by Tundrastomper’s band house near the border of Easthampton and Southampton. Bassist Andrew Jones was getting surgical with a vacuum in the suburban home’s awkwardly large bathroom. He then offered me a bowl of black beans, which he had prepared, and I proceeded to microwave them and then spill them on the floor in such a way that they splattered 20-feet, making a clear trail all the way across the kitchen, and landing on multiple surfaces — the counter, the dishwasher, the cabinets, the floor. What was remarkable about this episode was not only the sheer surface area I was able to cover with my epic blunder, but how, without missing a beat, three Tundra boys and I cleaned it up quickly with aplomb. 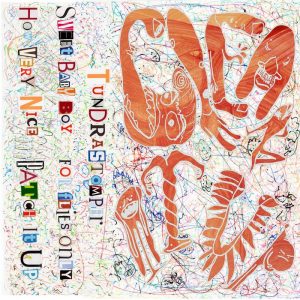 While bringing this anecdote into the piece certainly checks “narcissistic self-deprecation” off my list of column topics for a while, it also serves as a type of analogy for Tundrastomper’s latest EP, fittingly titled, Clean It Up: The grand mess of slimy beans careening into chaos and the band’s ability to handle it with precision, exchanging very few words, speaks to the group’s ability to manage large messes quite efficiently. Of course the medium through which they often excel is not bombs of beans, but rather the sheer quantity of notes the quartet of weirdo-punk-math-rock virtuosos is able to cram into songs.

The churning, spastic web of overlapping, interlocking parts creates ample room for each member to stretch out and flaunt their chops. Max Goldstein’s crazed and busy drums are a feat in and of themselves; Jones walks all over his five string bass; and guitarist Sam Brivic has an ear for dirty, tasteful riffs. On top of it all, guitarist and vocalist Skyler Lloyd offers earworm melodies that balance and ground the songs alongside squalls of feedback.

During the 12 minutes of Clean It Up, released on NY-based Sad Cactus Records, Tundrastomper doubles down on their quixotic sound. At first glace the opener, “Sweet Baby Boy,” might have fit naturally on the band’s sophomore album O, which I wrote about back in July. But these four tracks chart new ground. “How Very Nice” internalizes how normal it is that the Westfield military aircraft fly over Easthampton all the time. “All my neighbors say: isn’t it beautiful?: the sound of freedom,” Lloyd muses, referring to the jets. “For Flies Only” juxtaposes laid back talk-singing and with a swamp of in-your-face punk shrieks about scrambled eggs. And “Patch It Up,” over delicately picked acoustic guitar, and a soothing full organ, lands the album calmly outside the band’s typical wheelhouse.

Saturday night I caught Tundrastomper in a nondescript ranch house in either Amherst or Hadley. Hearing these musicians play these songs is some heady next-level shit. No doubt they clean it up. Find their next show at: https://www.facebook.com/tundrastomperband/.