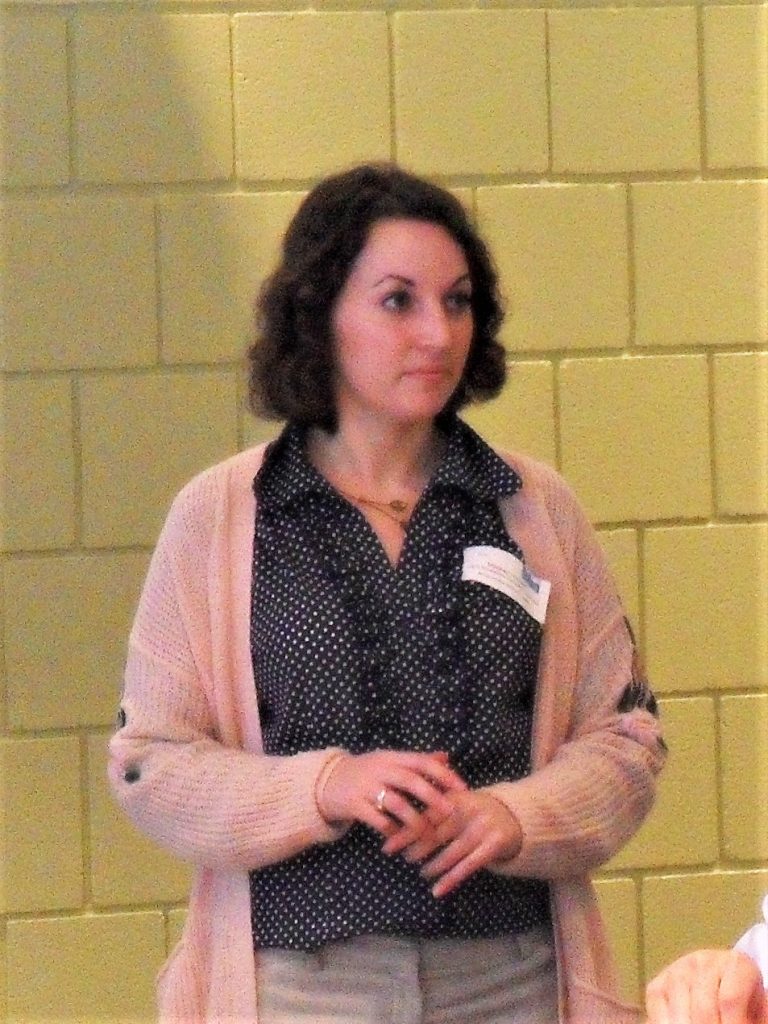 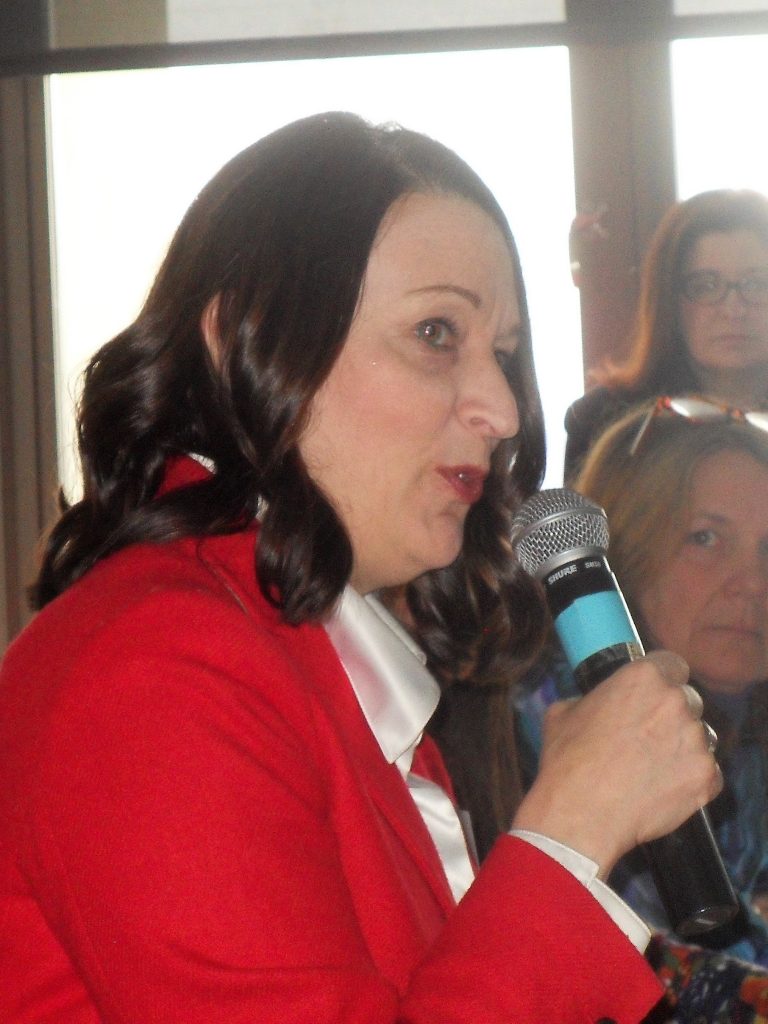 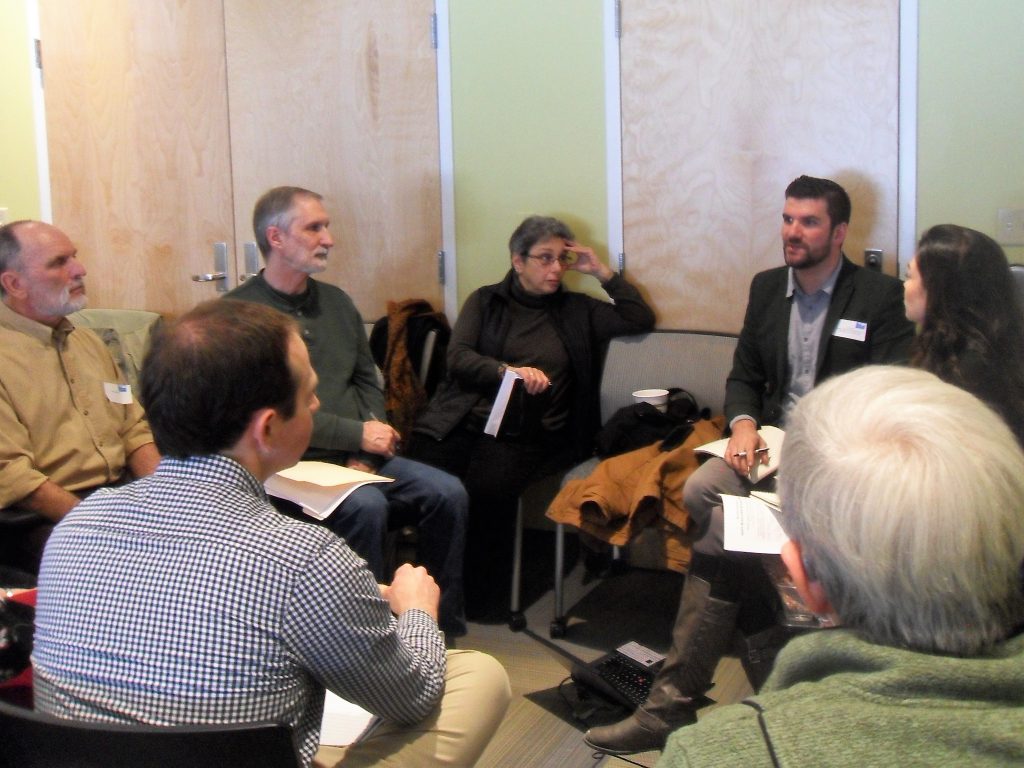 The Berkshires 100 Percent Renewable Energy Summit brought local business leaders, activists, and politicians together to discuss ways in which municipalities in the county can move towards a goal of relying on only renewable energy by 2050. This was the fifth in a series of energy summits that have been held around the state in recent months. Hosted by Berkshire Community College (BCC) on Monday, March 5, there were about 90 people in attendance. The larger goal is to get every community in the state to commit to the 2050 deadline.

Seven cities and towns in Massachusetts, including Northampton and Amherst, have already committed to the goal of using 100 percent renewable energy. 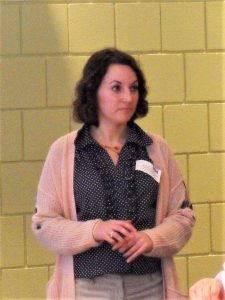 “We want to bring together [energy] stakeholders to identify the next steps to take in building, heating, electricity, and transport,” said Meghan Hassett of Environment Massachusetts, an environmental education and advocacy group that co-organized the summit along with MassPIRG.

Ed Laird, a third-year student at BCC and the college’s MassPIRG chapter chair said, “The main goal is having communities make a commitment and getting them to work together as a community to make steps towards large goals.”

Holding the Berkshire summit in Pittsfield at BCC was a strategic decision. When it comes to renewable energy, “Berkshire County has been leading the way,” said Hassett. According to their website, BCC has a goal of producing zero waste by 2020, “through reduction of use, reuse, and recycling of materials.” They are on track to be 95 percent waste-free by the end of 2019. 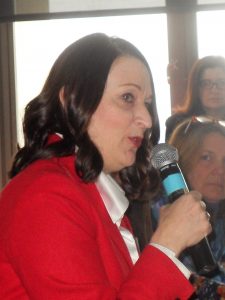 Pittsfield Mayor Linda Tyer said that the towns in Massachusetts have “an opportunity to be environmental stewards.” Aside from rooftop solar installations, Pittsfield has several stand-alone solar installations. The town turned a landfill into a solar array which will produce 58 million megawatts of power over 20 years. The city is committed to buying 100 percent of that power, which is expected to save the city $1.5 million over buying energy from Eversource. Another solar array was built at the waste water treatment plant and pays for between 75 and 90 percent of the facility’s energy usage. Pittsfield has also converted all of their streetlights to LED lights, which cost less to run and last longer than traditional streetlights.

Toryl Hanna is an urban planner studying the feasibility of creating a microgrid renewable energy network in Pittsfield. Microgrids are electricity storage and distribution systems that can be connected to main power grids or run independently, allowing a community to regulate and provide their own power. Hanna said that renewable energy doesn’t have to be at odds with the energy companies currently in place. 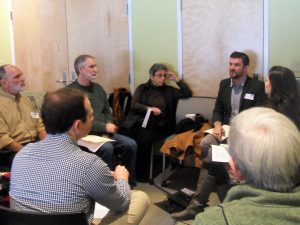 “They’re on board with some of the things we’re talking about. Not all of it, but some,” Hanna said of the utility company, Eversource.

Funding for many of the solar projects in Pittsfield came from the American Recovery and Reinvestment Act of 2009, an Obama-era stimulus package that was intended to help communities revitalize after the Great Recession.

The political will for energy renewability is growing at the state level. “At the local level, there’s a lot of momentum building in Massachusetts,” Hassett said, adding that the state could be an example for states to follow.

In the Massachusetts Legislature, an act transitioning Massachusetts to 100 percent renewable energy by 2035 currently has 56 co-sponsors.

“Nothing has been more frustrating than watching the federal government dissecting and dismantling renewable policies,” said State Senator Adam Hinds, a major proponent of the transition. “We all know what we need to do, but we need to make sure we’re not undermined,” Hinds said, referring to the Trump Administration. When it comes to building renewable energy infrastructure, “we have to be deliberate in how we do it,” Hinds said.

Some of the infrastructure that has been championed by the Massachusetts Department of Energy Resources comes in the the form of energy efficient residential and commercial heating projects.

Lawrence Masland, the Energy Efficiency Planner at the DOER, spoke of a complimentary program to the state energy efficiency program, Mass Save. The project, called the Home Energy Market Value Performance (Home MVP) pilot program will allow contractors to be paid an incentive amount that varies depending on the expected and actual energy use reductions and reduce the total cost for the customer.

Home MVP includes a program called HeatSmart, in which towns can use the power of collective purchasing to hire contractors at lower rates to install one or more of four energy efficient heating systems. The town can opt for cold-climate air source pumps, ground source heat pumps, solar hot-water heaters, and/or wood pellet heaters

In Great Barrington, the beginning steps are currently underway to take advantage of the HeatSmart program. The paperwork and process of having contractors bid on the project is involved. Judy Eddy, who has been working on the HeatSmart Great Barrington project said the cost of the heating systems – in this case, the cold-climate air source pumps – may be prohibitive. “Even with the rebates, there will be a gap in who will be able to get these products,” Eddy said.

Bill Farrell, the communications Director for Berkshire East Mountain Resort,  said that renewable energy has economic and community benefits. He spoke about how renewable energy saved the resort from bankruptcy, but also provided an opportunity to give back to the community through education. Farrell holds classes at the wind turbine and articulating solar panels that provide all of the resort’s power.

Farrell said that when people see wind turbines they complain that they’re ugly and wreck the skyline. He disagrees. “You know what a wind turbine says? It says responsibility.”