Stagestruck: Backstage with the Director of Tar2f! — Me 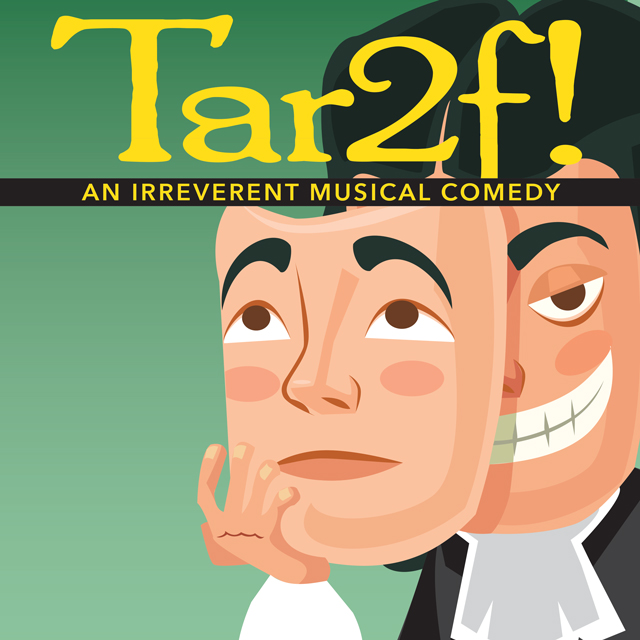 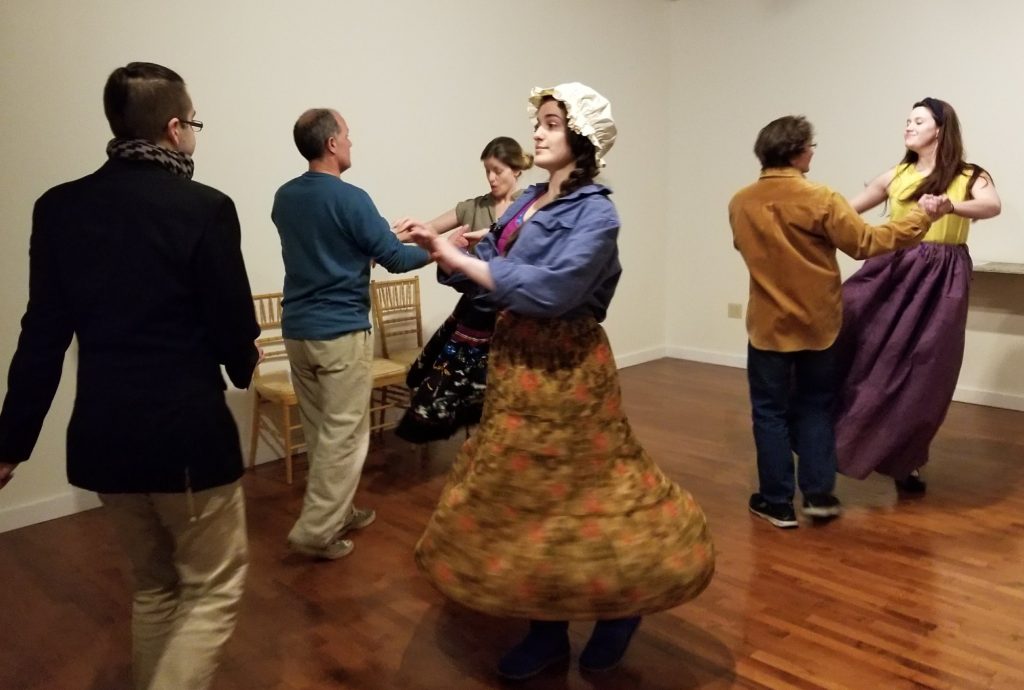 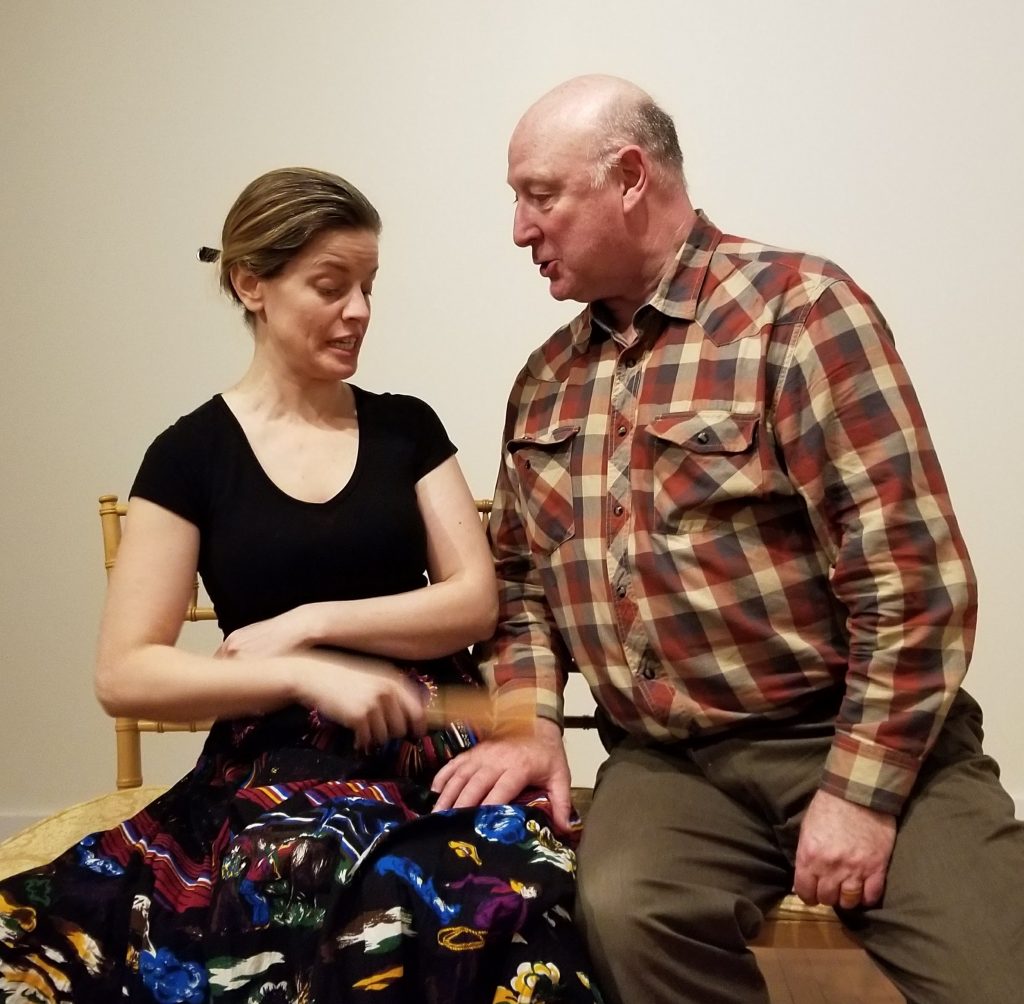 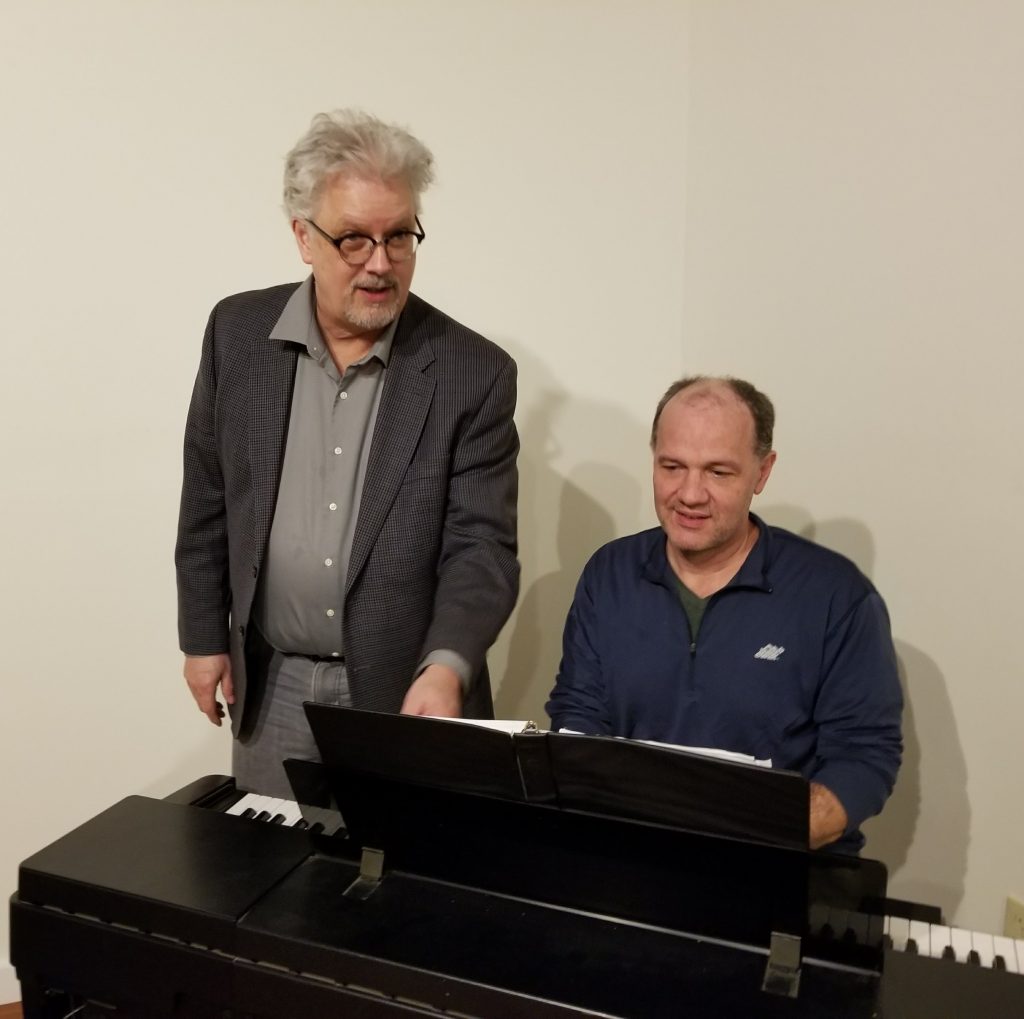 It might seem like a conflict of interest, but for me, it’s a confluence of interests. You see, in addition to being the Advocate’s theater critic, I’m also a director. I work both sides of the curtain, so to speak. When I’m not sitting in a theater watching actors onstage, I’m often in a rehearsal room working with actors on a show they’ll take onstage.

What I love most about being in the director’s chair is what I miss most in the critic’s seat — collaboration. My current project is even more collaborative than most. Tar2f! is not just a play, it’s a musical comedy, and a world premiere to boot.

Based on Molière’s classic satire Tartuffe, it’s the fifth-season opener for Silverthorne Theater Company, the Valley’s newest professional troupe. We open on April 12th and play for two weekends on Silverthorne’s home stage in Greenfield. 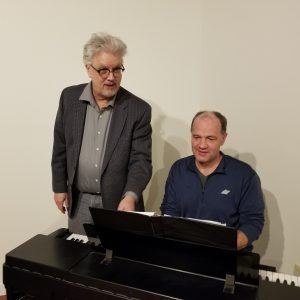 This multifaceted collaboration involves working with a living, on-site author — Jeff Olmsted, who adapted the script and wrote the songs — plus a music director, musicians, a cast of 10 seasoned Valley performers and an offstage technical and design team. And because it’s a brand-new work, the material is not set in stone, simply to be interpreted, but is still in process. As we rehearse, we’re tinkering with it, cutting, adding, and adjusting as we discover what works and what doesn’t. My director’s script is full of crossings-out and penciled-in revisions — as is that of our unflappable stage manager, Jason Fregeau.

To this day, Tartuffe remains Molière’s most popular work. When first performed in 1664, it scandalized influential clergymen and other arbiters of morality, and was promptly banned. Jeff has added a clever framing device that recalls that original opening night, featuring Molière himself, played by Thom Griffin. The witty score bridges Broadway and Baroque, matching the show’s eclectic style.

Like the title itself, Tar2f! is a twisted take on Molière’s masterpiece. It’s a boisterous farce wrapped around a trenchant indictment of pious hypocrisy and moral pretense — in other words, it’s right up to date. It concerns a wily swindler who hoodwinks a credulous Parisian gentleman, aiming to take possession of his wealth, his property, and his wife. “I am as interested in the dupe as in the con man,” Jeff told me. “Why do so many wish so hard to believe in what is so false?” — another oh-so-topical resonance. 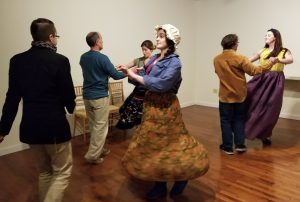 A dance rehearsal for Tar2f!

As the cast gathered for a recent rehearsal, in a bare whitewashed room in downtown Greenfield, the composer sat at the keyboard going over a tango-esque seduction song with Peter Ludwig, who plays the charlatan Tartuffe, and Myka Plunkett, as the virtuous wife who is the object of his impious lust. In the stage area Linda Tardif, playing the impish maid, walked through the blocking of her duet with Ted Trobaugh, our musical director, who’s also an actor and had recently, after the sudden loss of a cast member, stepped into the onstage role of Elmire’s worldly (and in this version, gay) brother.

In an adjacent room, Reba-Jean Shaw-Pichette, Silverthorne’s costumer extraordinaire, was fitting Grace Olmsted with a lacy, layered gown for Orgon’s young daughter Mariane, while Sam Samuels, who is playing Orgon, the target of Tartuffe’s sly treachery, was trying on his character’s brocaded jacket. Hearing the singers, he observed that “Molière’s original convention of using rhymed couplets for heightened theatricality has been replaced with the modern convention of the musical.”

After a vocal warmup, we launched into the opening number. It’s a dance party where the young people, including Mariane’s dashing fiancé (Steven Williams) and her hotheaded brother (Rich Vaden), are scoffed and scorned by Tartuffe and Orgon’s devout mother (Louise Krieger) who is also taken in by the trickster. 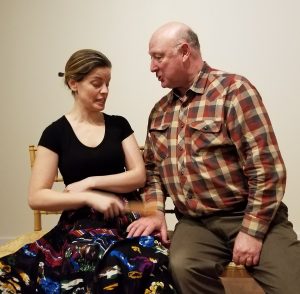 Myka Plunkett and Peter Ludwig as Elmire and Tartuffe.

In a room that’s smaller than the actual performance space, and with wooden chairs standing in for the actual set, most of our rehearsals are exercises in compression and imagination. The actors worked through the scene’s complexities — successive entrances introducing characters and connections, leading into dance figures based on a lesson from Baroque expert Nona Monahin, and everybody singing.

Everyone in the cast also has day jobs and other commitments, so I’ve scheduled rehearsals to call people only when they’ll be needed, to respect their time. This involves rehearsing scenes out of order, like shooting a movie. And since that sometimes means jumping into a scene in the middle of the play, we began rehearsals with cast discussions of the family dynamics and character relationships that drive the action. We’ve also discussed the issue of sexual predation in the play, which, as one actor observed, “is not as funny as it used to be,” though in this case it ends with a farcical comeuppance for the would-be seducer.

At the end of most rehearsals I huddle with Jeff, who I’d worked with on revisions to the script and score and continue to check in with for feedback and updates. As a musician working on his first theater piece, he’s been far less protective of his creation than many would be, recognizing its birth as a thoroughly collaborative process — for which this director is profoundly grateful.