Letters to the Editor: Hope we will listen to student gun protesters

I hope we will listen to student gun protesters

On Wednesday, March 14th, I witnessed something in my four years of teaching I have never experienced before. At 10 AM my classroom – a bustling place typically filled with the snapping of camera shutters and clicking of keyboards – turned silent as, one by one, students stood up and made their way to the exits. In the hallway passed dozens of students in similar fashion; an orderly procession streaming towards the main entrance of the school. They had all made the cognizant choice to stand up both literally and figuratively in solemn unity with their fellow peers and counterparts across the nation in demand of a simple request: stop the perpetual violence in our schools. 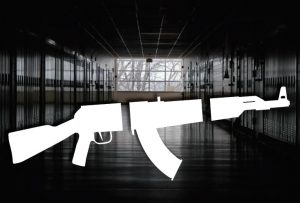 I witnessed the power of grassroots organizing. Students proceeded out to the main steps of the school, their student leaders stopping them one by one to hand out informative pamphlets and orange ribbons to wear in symbolic solidarity. The event was not one of spontaneity; working closely with administration, students from a wide array of clubs and councils had meticulously planned the walkout over the previous month down to the scheduled minute. Chants gave way to speakers, each taking time to celebrate the life of the 17 lives taken in Parkland.

I witnessed the urgency for immediate action. Led by sobering fact and scathing analysis of both gun control and voting apathy in youth demographics, students took their smartphones in a flurry of calls to their local politicians demanding support for specific legislation currently being debated in state and national congress. Reading from scripts and speaking from the heart, each call was eloquent and informed.

I witnessed relentlessness for being taken seriously. For the entire duration of their rally, students requested that faculty, administration and onlookers observe from just outside their demonstration zone. This area – a noticeable gap – demonstrated to all in attendance that today was to be about adults listening, not lecturing. After students returned to their classes, organizing continued. Student leaders stationed themselves at lunch to pre-register students for voting, conducted after school brainstorming sessions, and planned for other upcoming local events.

I write these reflections from a school bus filled with excited students bouncing in its way down the Mass Pike to a playoff basketball game. Music is playing, faces are painted, and the screams are at times deafening. It is, at its very essence, kids being kids. To think that just hours before these same students stood silently in the chill of morning winter, themselves reflecting on the brutality and animosity of our current state of affairs, because it seemed as if it were the only option left says volumes about their courage and optimism.

I witnessed the maturity and resilience of a generation growing up faster than anyone had ever imagined. I hope we are willing to listen.

My great grandfather and his brother with their families settled in Turners Falls at its beginning in 1870 with the building of the mills and the Keith Block. He, Edouard Vincelette, was a blacksmith and his shop was at the end of Second Street, formerly Blassberg’s junk yard. He made the rivets for the Red Bridge. Most present residents, if what I see is correct, are new or relatively new to town. The old Irish, French-Canadian, German, English, Polish families, and others are pretty much gone now. It was a town to be a city until the post-Civil War depression. Very Proud to have been brought up there and enjoy seeing and reading all that is going on. Class of ‘48.