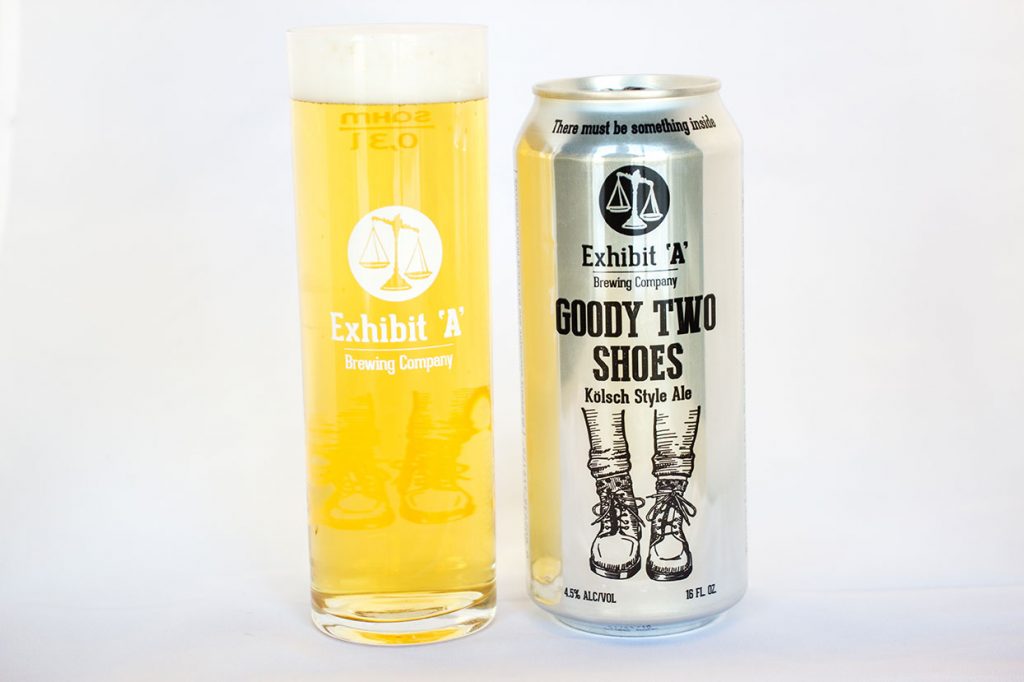 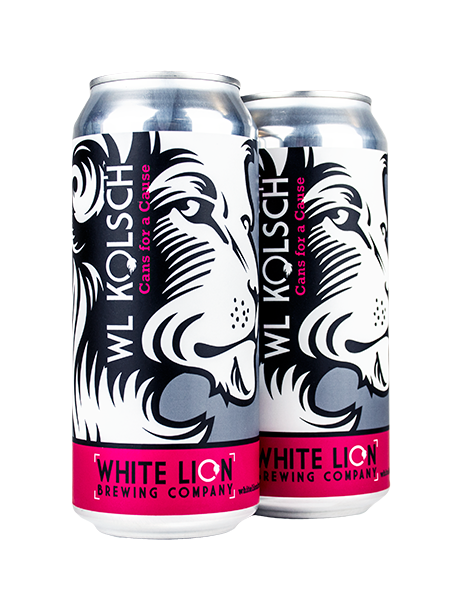 Despite what you’re seeing out your front window, hot afternoons in New England are not so far away. Once spring really hits, from the beach to the backyard, we’ll be reaching for lighter beers that are, to use an all-American term, “thirst-quenching.”

For the past couple of centuries, Czech and German-style lagers have fit that bill stateside. It’s been a market dominated by beer giants like Bud, Coors, and Miller, which all sell variations on the same light, fizzy beer water. Despite the craft beer renaissance, nine out of 10 beers sold in America are still lagers, while nine out of 10 craft beers sold in America are ales.

Fortunately, interest in craft lagers seems to be rising. Jack’s Abby Brewing in Framingham has grown impressively while focusing entirely on lagers. And Night Shift Brewing in Everett got a nice write-up in The New York Times in February for its new, unfiltered Village Lager, which “tastes like a familiar mass-produced lager — only with more flavor.” 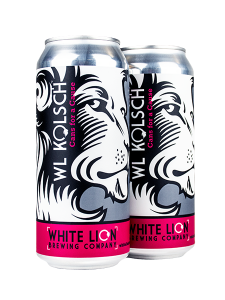 But lest we forget: there is a thirst-quenching ale in the craft beer world — crisp, clear, golden-hued, and slightly bitter —  that checks the same refreshing boxes. It’s a German style called Kölsch, and it gracefully straddles the line between lager and ale. It’s made with top-fermenting ale yeasts, but it is cold-conditioned for a month or two, like a lager. It’s sort of the pilsner of ales — except a bit more rounded, less bitter, and usually lower in alcohol.

There are quite a few places to buy imported German Kölsch in the Valley. When I chatted with Chris Sellers, brewery manager at The People’s Pint Brewery in Greenfield, he recommended the Reissdorf and Gaffel brands in particular. “A number of bars around the Pioneer Valley sell Reissdorf Kolsch,” he said. Sellers recommends a trip to the Lady Killigrew Café at the Montague Book Mill on a warm sunny day, where you can enjoy a Reissdorf Kolsch at one of the outside picnic tables.

Kölsch originated in the city of Cologne (which, in German, is spelled Köln). The Germans are still a bit touchy about brewers outside of Cologne using the term ‘Kölsch’ — much like the French are about champagne-like wines made outside of the region of Champagne. But the larger issue for American craft brewers has been that, until a few years ago, consumers didn’t seem interested in Kölsch-style American ales.

That seems to be changing, as local brewers are putting more stock in paler, clearer, more delicate styles. Despite the New England haze craze, craft beer can go anywhere from here, and the road isn’t necessarily paved with aggressive hops.

New City Brewery in Easthampton has their Connecticut River Kölsch in rotation every two months or so. Bright Ideas Brewing in North Adams makes one, and Hitchcock Brewing Company in Whately will likely make one later this year. 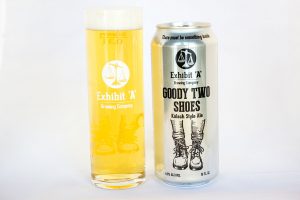 Courtesy of Exhibit A

One of the best local Kölsch-style ales is Goody Two Shoes, canned year-round by Exhibit A Brewing Company in Framingham. This ale won a silver medal at the 2016 Great International Beer Festival, and has a dedicated following in the Valley. Matthew Steinberg, co-founder and head brewer at Exhibit A, says the Kölsch style first captivated him during a trip to Cologne as a teenager.

“I didn’t realize at the time how affected I’d be by it,” he says. “Every bar had its own Kölsch! That didn’t seem boring to me. I loved how they had built their culture around this beer.”

Exhibit A uses Valley Malt to brew all of its beers, including Goody Two Shoes. Aside from that, Steinberg insists on brewing his Kölsch as authentically as possible, using German hops and a traditional conditioning process — which he says can take from five to eight weeks.

Steinberg wants any potential German visitors to the Exhibit A taproom to appreciate his authentic approach to Kölsch. He feels the American craft beer scene has largely overlooked this beer style over the past 20 years — or, occasionally, tampered with the recipe too much, giving consumers a mistaken impression of the traditional style.

“There’s a lot of good American golden ale out there,” Steinberg says, “but it’s not all Kölsch.” That may seem a bit purist. But sometimes the best way to gauge the quality of a brewery, he says, is to examine what comes from the simplest recipes. “It’s like when I go to a barbecue joint,” he says. “First I want to know how good your slaw and beans are. If your slaw is no good, I can’t trust your burnt ends.”

Although Exhibit A also makes styles including IPAs, porter, sours, and stouts, Steinberg says that Goody Two Shoes is the top-selling beer in its taproom on weekdays, when locals stop in more often than out-of-town beer tourists. Indeed, selling Kölsch seems a pretty good way of getting craft beer newbies through the front door.

Springfield’s White Lion Brewing Company did something special with their Kölsch-style ale this past year, says founder Raymond L. Berry, Jr. On September 15, in collaboration with the West Springfield Lions Club, the brewery launched its Cans for a Cause campaign, in which a portions of proceeds from sales of White Lion Kölsch benefit non-profit organizations dedicated to preventing, treating, and curing breast cancer (the campaign will continue for at least one year before another cause is selected). The campaign has raised several thousand dollars so far.

A Kölsch-style ale is perfect for this type of fundraiser, says Berry, because “it’s a light, universal beer that a domestic beer drinker and a craft beer drinker can both get excited about.” White Lion originally brewed this ale in 2016, as part of the Eastern States Exposition centennial celebration. “That worked out really well,” Berry says, “so we capitalized on that momentum to transition this into a cause.”

Berry adds that Kölsch is a style many people are unaware of during White Lion’s special events and tastings, “but then they taste it, and they get it. A lot of people are looking for more light-bodied, sessionable ales. We have to be forward-thinking about that.”

Berkshire Brewing Company (BBC) makes a highly enjoyable Kölsch-style beer called Gold Spike Ale, which VinePair recently described as “criminally underappreciated.” Jason Hunter, who runs BBC’s systems and operations, says that after more than 15 years of appearing only in kegs and 22-ounce bottles, Gold Spike will be available in 16-ounce cans for the first time this summer.

“We love the flavor profile of the Kölsch,” Hunter says. “It’s a classic beach and lawnmower beer. It’s nice and refreshing, but really has a lot of flavor to it.”

It’s a misunderstood style, Hunter says. “Most people haven’t even known what it is. For many years, we pulled ‘Kölsch’ off the label, because it wasn’t resonating with people. Now, there’s a sudden resurgence in interest,” thanks in part to the growing overall popularity of lighter, easy-drinking craft lagers (like that Village Lager at Night Shift).

“IPAs aren’t going anywhere,” Hunter says. “Big, hoppy beers are great. But it’s nice to drink a beer you don’t have to think too much about.

Now that you’ve got enough craft breweries out there playing around, you’ll see more in-roads with reviving styles like this. It’s something you can introduce to people that’s a little different. It can even be a good gateway into the craft beer world.”