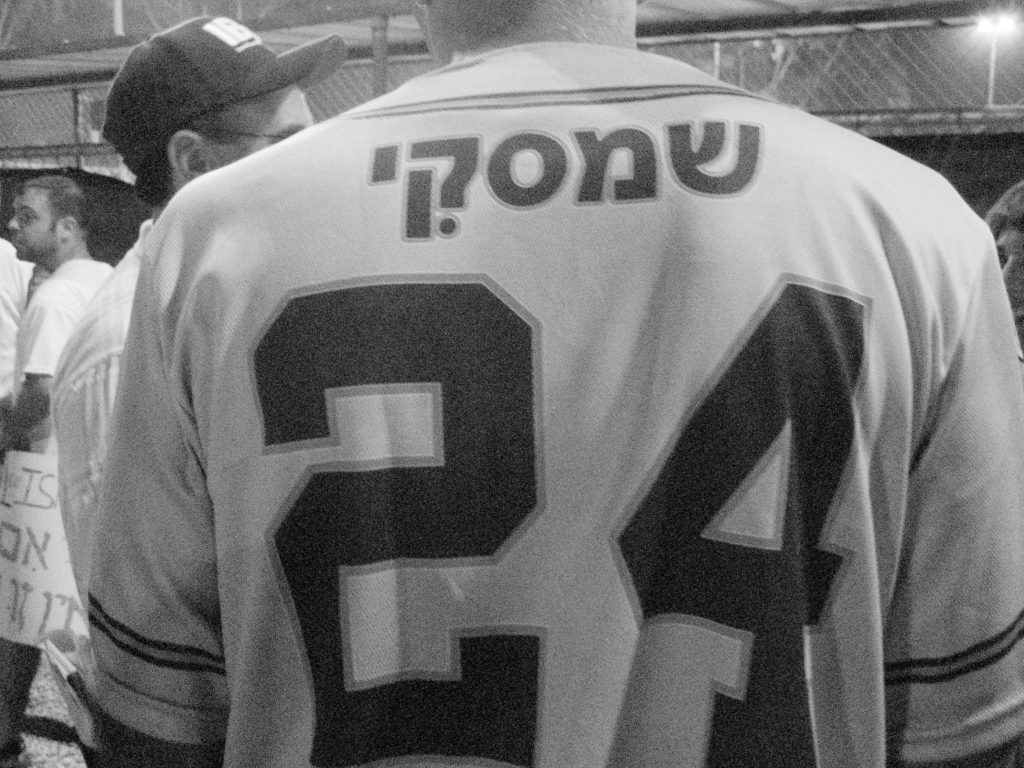 After a long winter, spring has returned to Western Mass. And with it, as hotly anticipated as any crocus, comes a new season of Red Sox baseball. It’s a tradition that we have come to take for granted, and even when it’s not a great season — let’s face it, disappointment is part of the deal when you’re a fan — we can count on the Sox always being a part of spring.

Bostonian Larry Baras wanted to bring that feeling to a place that had a distinct lack of professional baseball: Israel. A wealthy entrepreneur who had made his fortune as the inventor of the Unholey Bagel — a pre-made convenience store abomination that did away with the bagel’s iconic hole so the cream cheese wouldn’t get squeezed out — Baras was used to thinking outside the box. And while his grand idea was met with incredulity or worse, he was not to be stopped.

Holy Land Hardball, screening on Sunday, April 15, at the Yiddish Book Center in Amherst, is the story of Baras’ dream becoming reality. The bagel king had plenty of help: he signed up former Red Sox general manager Dan Duquette to serve as director of player development, and nabbed Yankees PR director Marty Appel to help spread the word about the new league. On the player side, things were a little bit more ragtag, with a roster that included a 41-year-old dad, a DJ from Brooklyn who played college ball, and a 22-year-old African-American player whose pastor once told him that he would one day “play in front of God’s people.”

It’s a good can-do story, and as directed by Erik Kesten and Brett Rapkin, the 2010 film focuses on the promise of a new venture. What’s left out of the story is just about everything that happened after opening day. Poor response from Israelis, bad business decisions, and other stumbles brought the league tumbling down after just one year. Or maybe, just maybe, fans simply found out what Baras had done to the bagel.

Also coming up: Amherst Cinema hosts a selection of special screenings, starting with a pair from its Late Nights series, devoted to cult and genre films. First up, on April 13, is Brain Damage, director Frank Henenlotter’s 1988 follow up to his cult classic Basket Case. In it, a brain eating leech gives a human host a constant drug supply in exchange for new victims. On the 20th, the theater screens David Lynch’s sci-fi epic Dune — a box office and critical disaster from 1984 that nonetheless has come to be recognized as one of the era’s most unique sci-fi offerings. It stars Kyle MacLachlan as Paul Atreides, a self-made messiah. Also on board are Patrick Stewart, Max von Sydow, and Sting. Both films start at 9:45 p.m.

Also at Amherst is Call of the Forest: The Forgotten Wisdom of Trees, presented with The Kestrel Land Trust as part of the Science on Screen series. Looking to the “global forest” for answers to modern dilemmas, Jeffrey McKay’s documentary follows scientist and author Diana Beresford-Kroeger as she investigates our connection — biological and spiritual — to the world’s forest ecosystems. Moving from the cedar forests of Japan to the massive boreal forest of Canada (which covers more than half of the country’s land), Beresford-Kroeger explains the irreplaceable part trees play in our everyday lives. To complement the film, Native Tree Society director Robert Leverett will present a lecture about the past and present condition of New England’s forests.