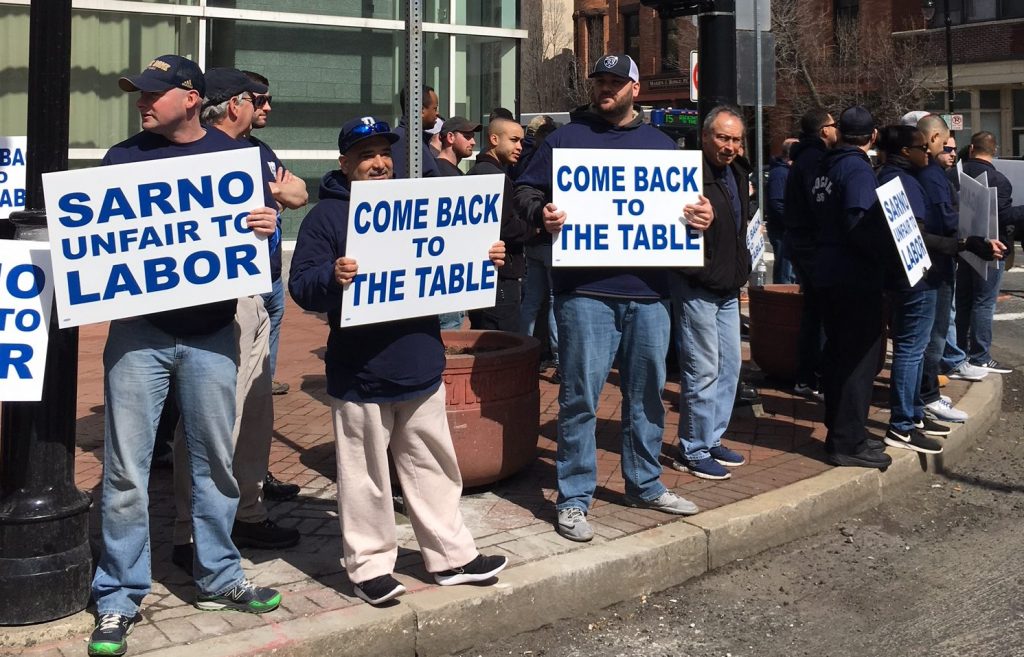 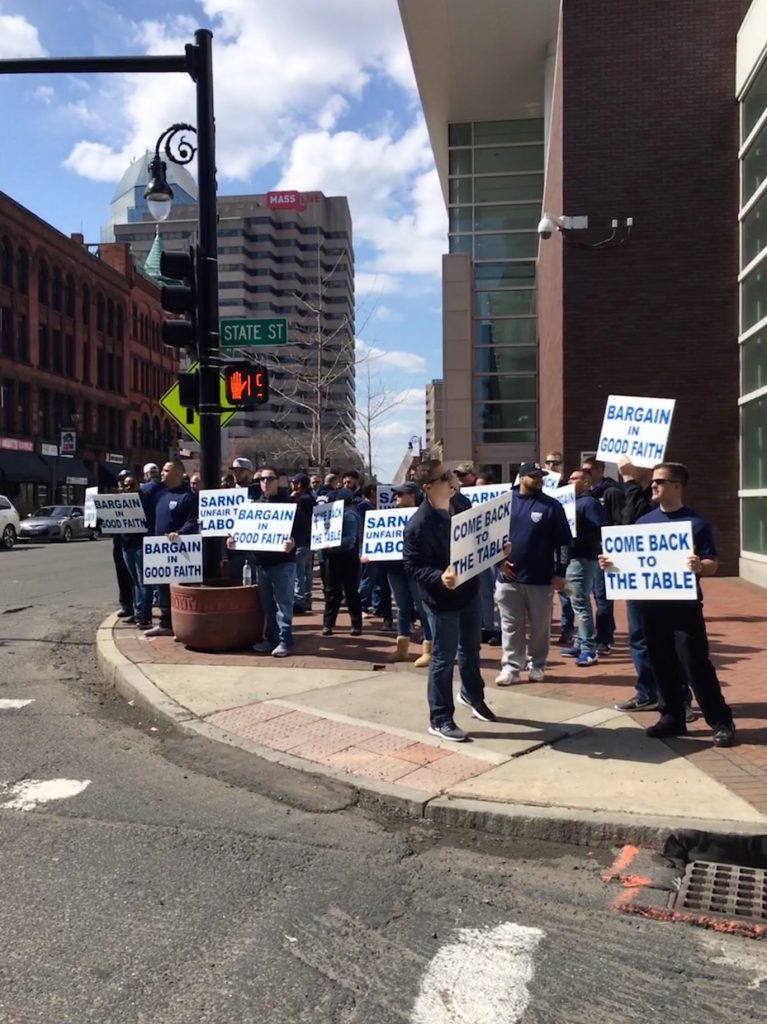 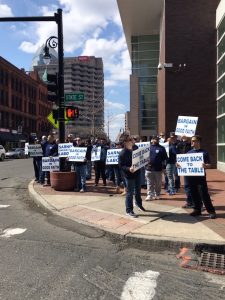 Sarno repeatedly calls himself a “law and order mayor,” but for Springfield’s police union president, his recent decision to leave the bargaining table speaks louder than his words.

“The fair thing to say is that we judge people on how they treat us,” said Joseph Gentile, president of the Springfield Patrolman’s Union, IBPO Local 364. “This is very disrespectful, I would say that it would make me question some of what he’s said in the past.”

At least 100 voices echoed down Main Street in Springfield on April 11 as many members of the Springfield Police Department gathered to picket Mayor Domenic Sarno. The union filed an unfair labor practice complaint against the mayor with the Department of Labor Relations in March.

“This is a special demonstration to show the mayor that we’d like him to come back to the bargaining table,” said Joseph Gentile,

The mayor’s office released a statement the same day as the demonstration, citing “unprofessional behavior” before a Community Police Hearing Board that “must be resolved.”

“Once resolved, we’d be pleased to go back to the negotiation table. We believe we have a very generous offer on the table,” the statement read.

Gentile said that he was not familiar with the incident the mayor was referring to.

When reached by phone, Marian Sullivan, communications director for the mayor’s office, said that Sarno had no further comment at this time. 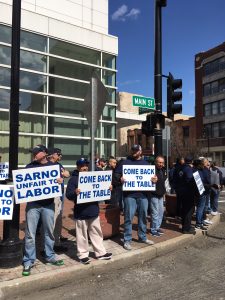 “This is an action we take in rare occasions. We’d much rather be back at the table continuing to negotiate a fair contract for the men and women that put their lives on the line day in and day out to keep our City safe,” wrote Gentile in a press release. “We would appreciate if the mayor would reverse his course and allow good faith bargaining. Let’s get back to the table!”

Gentile said that he felt like “things were getting done” at the negotiating table until Sarno reportedly stopped negotiating, which Gentile said happened a couple weeks before the demonstration.

Other protestors noted that neighboring police departments, including East Longmeadow and Westfield, process far fewer calls than Springfield does but make similar wages, if not more.

“We got shots-fired calls pretty much every day,” said a protester who also wished to remain anonymous due to employment concerns.

The Executive Department of Public Safety and Security reported that in 2015, Springfield processed over 90,300 emergency 911 calls compared to around 3,400 in East Longmeadow and about 10,500 in Westfield.

“This is a dangerous job and we don’t seem to get any respect from the mayor,” said the protester.

Gentile said that he hopes the mayor will come back to the negotiating table, “so we can do our jobs.”