Pick of the Day 4/13: Brain Damage at Amherst Cinema 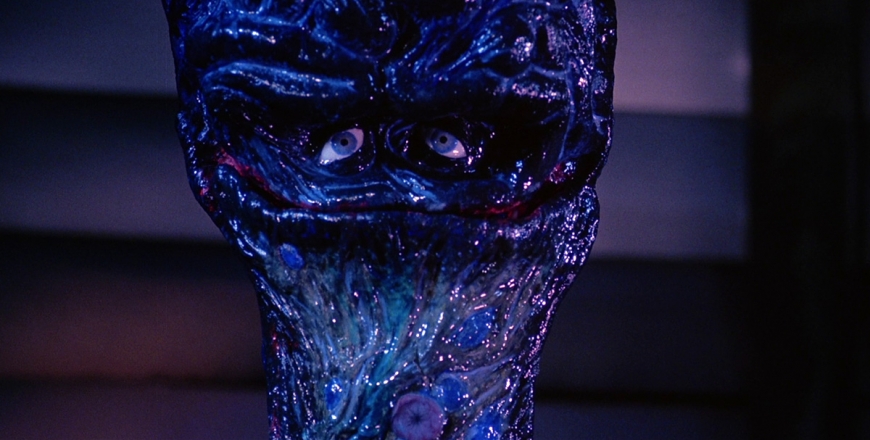 It’s Friday the 13th and if you were a big humdrum, you’d watch Friday the 13th. But because you like to think outside the box, your best bet for horror tonight is Brain Damage!   Here’s how Amherst Cinema describes this…uh…film.  “How do you follow up an all-time cult classic like 1982’s BASKET CASE? If you’re the one and only Frank Henenlotter, you next unleash BRAIN DAMAGE: his ultimate Grimm’s Fairy Tale for perverted adults.” Henenlotter says this movie is an “elegy to his former habits.”   It’s gorey, it’s slimy, it’s New York City, it’s the ’80s!  Finally, it’s about an addict who’s hooked on “Aylmer.”  But Aylmer is not just any old drug; Aylmer is a monster–a parasite– that eats brains to survive. And as if that wasn’t mean enough, he fills his victim (Brian) with hallucinogens and gets him hooked. And in order for Brian to keep getting high, Brian has to hunt human victims for Aylme so that he can eat their brains.  Aylmer, what a guy. Amherst Cinema, 28 Amity St., Amherst. Show time is 9:45 p.m.