Cinemadope: Getting schooled on schools – A Backpack Full of Cash 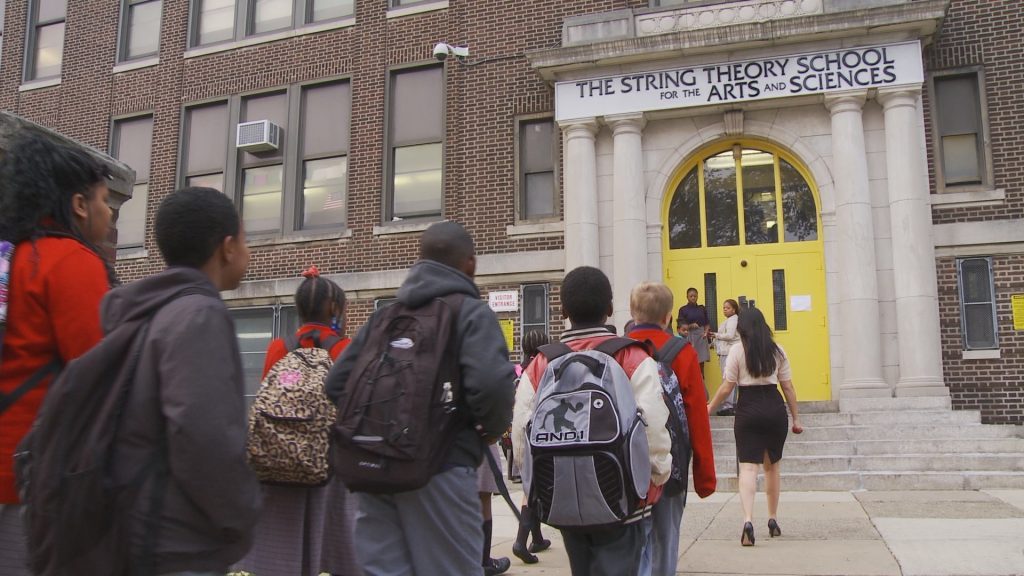 American schools — and the teachers and students that fill their halls — have been in the news quite a bit lately. More and more, it seems that the reality of the classroom has become lost in a fog of “thoughts and prayers.” But it isn’t only during the aftermath of what seems to be an unyielding string of school shootings that the clang of disconnect rings out; listen to the everyday stories of those who live and work in our schools, and it soon seems clear that a crisis is not just brewing, but boiling over.

According to Sarah Mondale’s documentary Backpack Full of Cash, a big part of the problem is the growth of charter schools, voucher programs, and the privatization of public schools. The film, which leads viewers through the 2013-14 school year (before current Secretary of Education Betsy DeVos would make voucher programs and charter schools the center of a national debate), is coming to Northampton’s Academy of Music in a free screening on Wednesday May 2.

Filmed in a variety of schools across the country (Philadelphia, New Orleans, and Nashville are featured) and narrated by Matt Damon — the actor’s mother is a well-known advocate for public schools — the documentary puts forth that charter schools are not inherently better than public schools, and in some cases are demonstrably worse. But the bigger issue, as seen by Mondale, is that by diverting resources and disengaging the community, the charter and voucher programs create an unequal footing that harms the most vulnerable students — the very children for whom the schools should be doing the most.

It’s a debate with a lot of heat on both sides. Indeed, even the film’s title proved to be a point of contention: it is drawn from an interview the filmmakers conducted with Jeanne Allen, founder of the pro-charter Center for Education Reform. “Our children have a backpack full of cash,” she says in a trailer for the film, “and the schools should vie for the privilege of having that backpack turned over to them.” In the context of the finished film, that line carries a tinge of Cruella de Vil; for her part, Allen says that the filmmakers misled her about the film’s intent, and misrepresent her position.

Adults: whether you have kids of your own or not, this is a film worth watching, even if only to catch a glimpse of what has changed since your own school days. You may be surprised to see just how desperate the situation has become in a lot of places, and by some of what has led us there. When it comes to our school system, we could all use a little education.

Also this week: local Cinemark theaters continue the Studio Ghibli Fest 2018 with The Cat Returns, directed by Japanese animator Hiroyuki Morita. The tale of a young girl who saves a cat from a traffic accident only to find that he is a Prince of the Cat Kingdom, it is, like so much of the great Ghibli output, filled with both the wonder and vague forebodings of childhood. The film shows on three separate days: the Sunday and Wednesday screenings are the versions with a dubbed dialogue track (featuring Anne Hathaway, Cary Elwes, and, as the Cat King, the late Tim Curry), while the Monday show will be in the original Japanese, with English subtitles.

And finally, Amherst Cinema wraps up its six-film Ingmar Bergman tribute with Cries and Whispers, the Swedish legend’s portrait of sisterhood in the face of death. Happy spring!