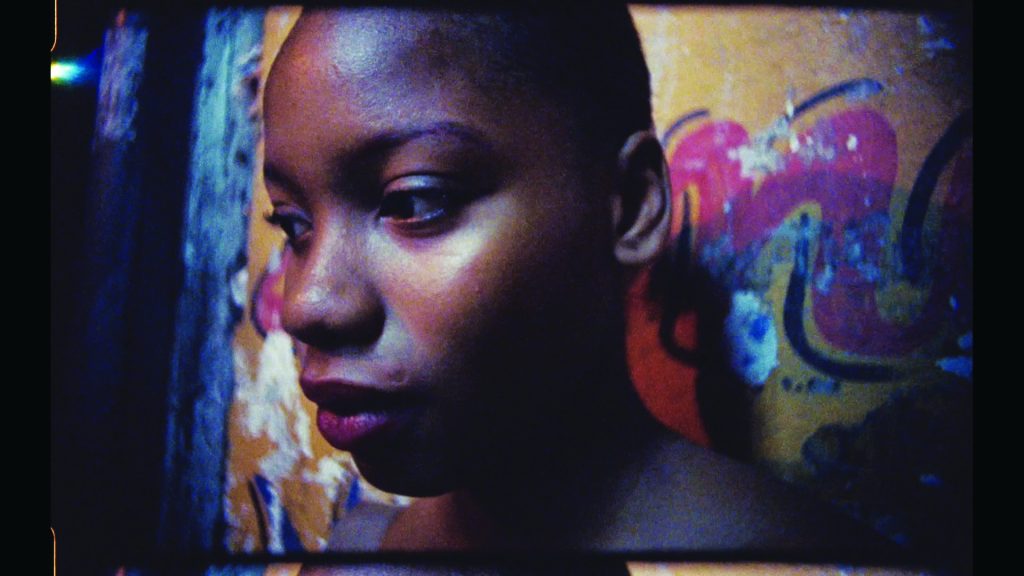 If you caught the 2016 screening of Khalik Allah’s Field Niggas at Amherst Cinema, you got an early look at the filmmaker’s meditative and searching vision. That film, an hour-long gaze at the faces and bodies of the men and women passing through an East Harlem intersection during the summer of 2014, captured both a spiritual beauty and a rough reality with a richness and clarity that made it something more than most documentaries.

This week, the director returns to the area with another film for a new event at the theater. Black Mother, screening Thursday, April 26, at 7 p.m. as part of the cinema’s Bellwether film series, finds Allah exploring his mother’s home country of Jamaica. By talking with a wide swath of its citizens (as well as his grandfather William Case, whose words help frame the film’s soundtrack) Allah builds a shared history of the island, and a multifaceted portrait of its current state.

Befitting its title, Black Mother is divided into three “trimesters.” As Allah moves from one to another, he switches up his formats, alternating between analogue and digital, rough and crisp. And while the film is light on music, its spoken-word soundtrack carries its own rhythms, and helps connect past and present across generations. As Field Niggas dug into the neighborhood’s history of drugs to tell a story of modern bondage, so Black Mother digs into Jamaica’s national history to illuminate its present.

Allah — who started out shooting portraits of the Wu-Tang Clan with a borrowed camera — will be present at the screening to talk about his work. Like all Bellwether screenings, Black Mother is a free ticket for Amherst Cinema members but open to the public for ticketed seats.

Also coming up, another remarkable documentary — with another remarkable director along for the ride — comes to Pothole Pictures in Shelburne Falls. Dawson City: Frozen Time is the film, and Bill Morrison is the director. It screens on May 4 and 5 (Morrison will be on hand only for the first show). An amazing tale of American cultural history, the film has all the wonder and charm of a newly unearthed time capsule.

Dawson City, Alaska, was a gold rush mecca; it hit its peak in the 19th Century. But its best discovery wouldn’t be found until 1978, when hundreds of silent films — sent there ages before to entertain the booming prospector population, and then left there, at the end of the distribution chain — were found buried in an old pool beneath an old hockey rink. They had been interred there years earlier by a bank employee eager to free up some storage space, and — in another lucky twist of fate — the natural permafrost created a primitive sort of climate control that kept the films (relatively) unscathed for decades.

For a filmmaker like Morrison, whose 2002 film Decasia was composed of footage of films decaying over time, the Dawson City find was a great gift. But while Morrison makes great use of film for its own sake, this newer film — aided by a score by Alex Somers, whose work with Icelandic band Sigur Rós gives him a good sense for wintry conditions — is also a reminder that our own past is never too far beneath the surface to come to light.