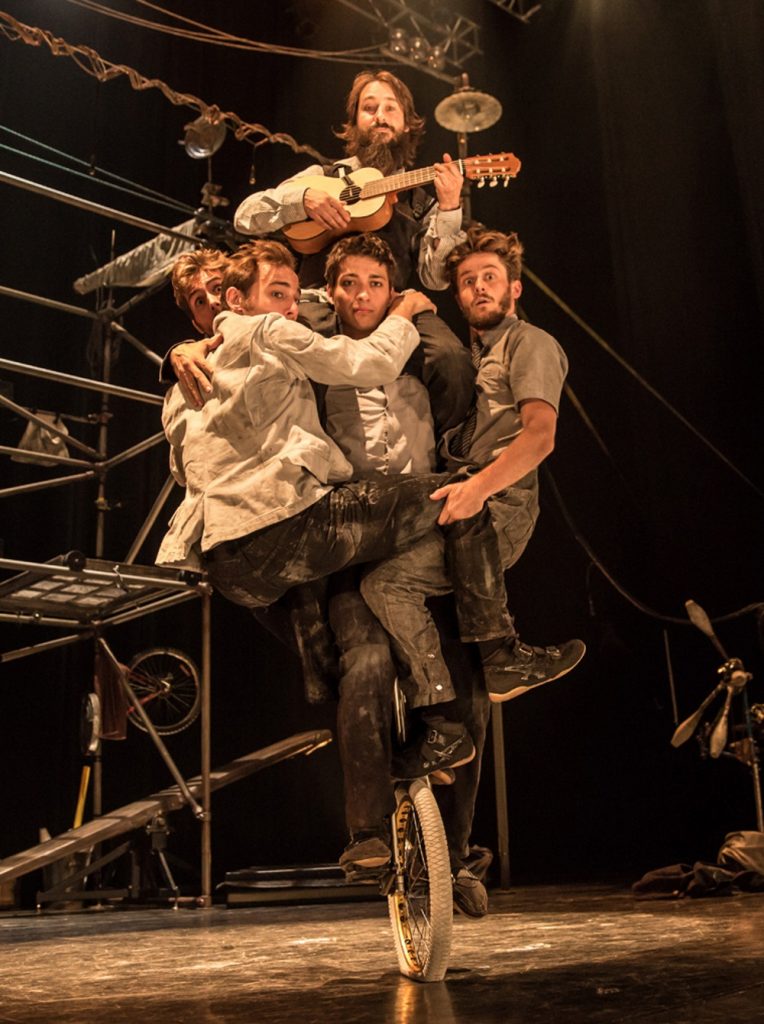 The scene: desolation. The time: the aftermath of a cataclysm that has destroyed civilization and left only industrial scaffolding and piles of junk. Piles that include, let’s see, a bucketful of juggling clubs, a couple of unicycles, a teeter board and, oh yes, a drum kit.

In the whimsical imagination of Machine de Cirque, this wasteland provides the raw material for rebuilding the world. It may have ended with a whimper but it’s revived with a bang – not to mention a crash and a whoosh. The 90-minute display of  “controlled mayhem,” as one critic described it, comes to the UMass Fine Arts Center Concert Hall on Wednesday at 7:30.

The troupe’s four acrobat/juggler/clowns, joined by a found-object musician, are seeking to make contact with other survivors of the apocalypse. In this quest, they devise Rube Goldberg contraptions out of civilization’s leftovers, pausing regularly to brandish their multiple circus skills in a pell-mell performance that blends fantasy, humor, daredevil hijinks and, in a hilarious G-rated finale, nudity.

Chris Rohmann is at StageStruck@crocker.com