Pick of the Day 4/26: Silenced at the Greenfield Gardens 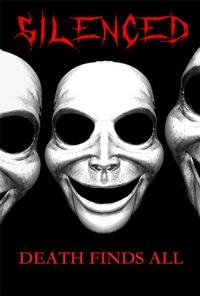 As an artist, I know how important it is for folks to support local creatives. So tonight, you’ve got a great chance to do just that! Silenced, a film written and directed by local boy Julian Lowenthal, will have a world debut at the Greenfield Gardens. Colleen Lyons, a Belchertown resident, is the producer and owns Vermage Productions. The two have a 7 year history in film making. This is the synopsis of Silenced, according to Colleen:  …[T]his film surrounds a gang of vigilantes who are on a mission to rob a local theater in Turners Falls, MA. It all takes place in the dark of night, where personalities clash and secrets are revealed amongst thieves. Slowly, their plan unwinds from what was originally a victimless crime into a bloody nightmare.  Yikes!  The film stars: Chris Dubey, Terrance McFadden Jr, Justin Mularski, Sheldon Alexander, Xoe Rose, Jasmine Rochelle Goodspeed, and introducing Ethan Blake.

One of the coolest things about Silenced is that it was filmed in 2015 at the Shea Theatre in Turners Falls. That, of course, is before the renovations. So there’s some good local history in there, as well. Check it out! Purchase tickets here.  There will be two showings: 6:30 and 8:30.