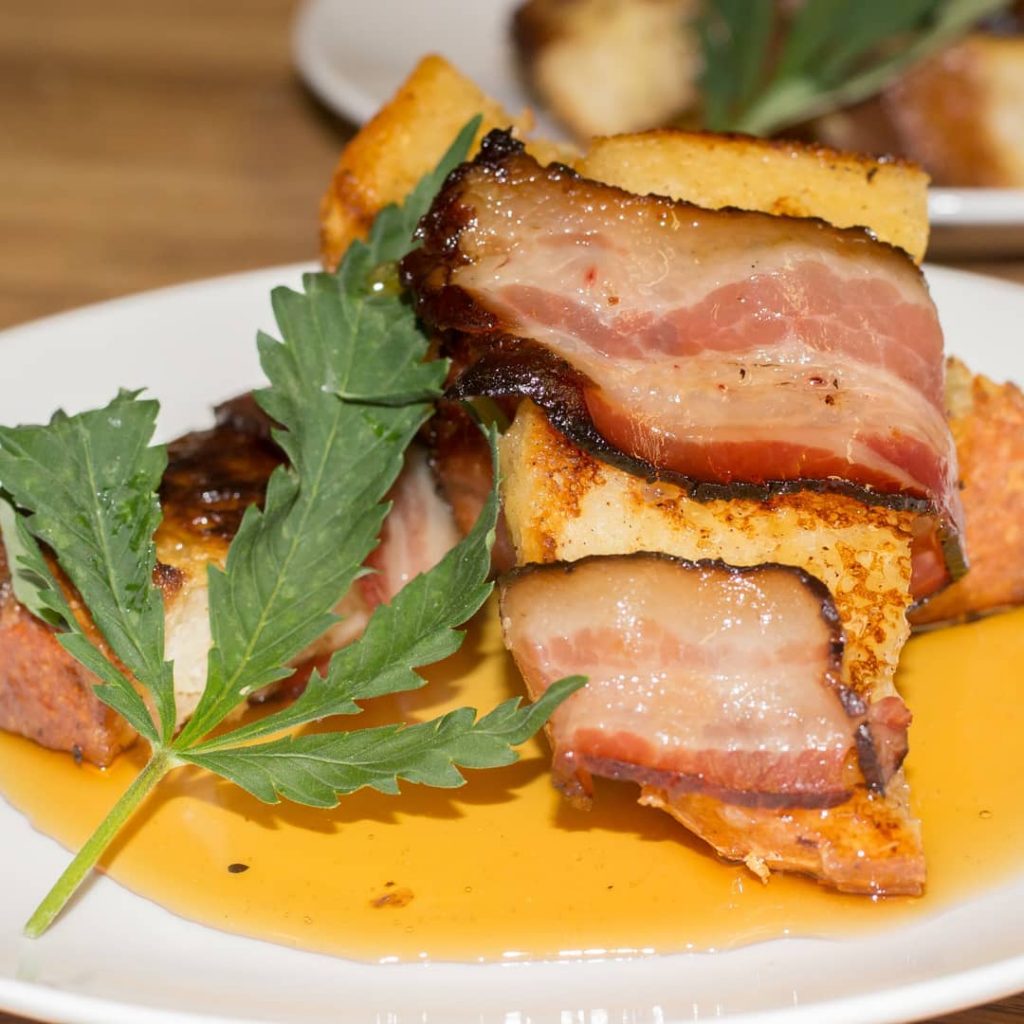 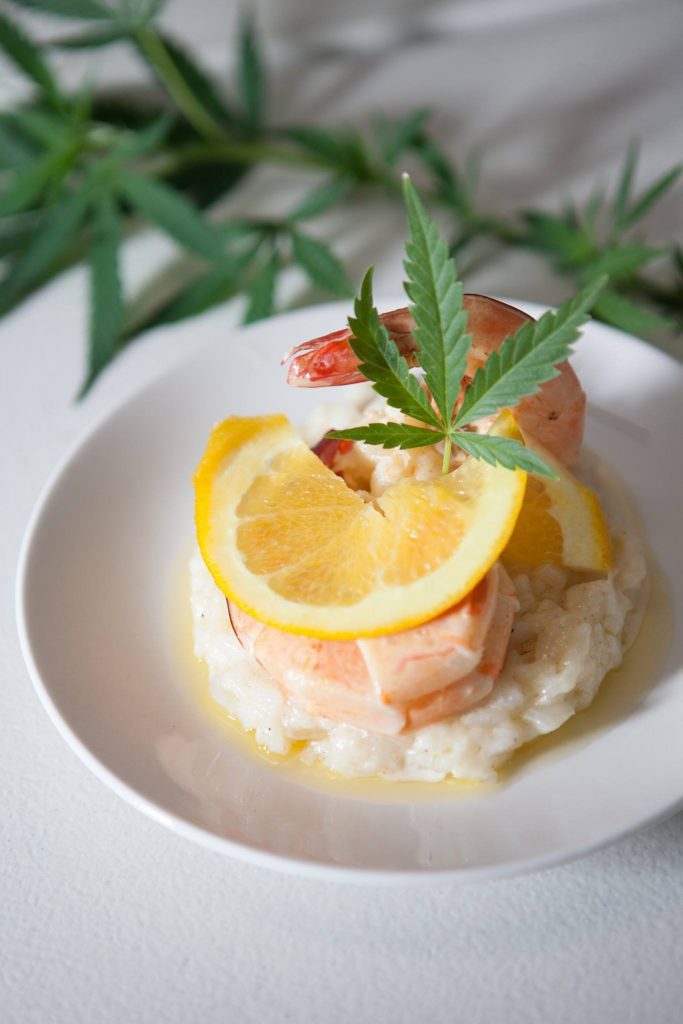 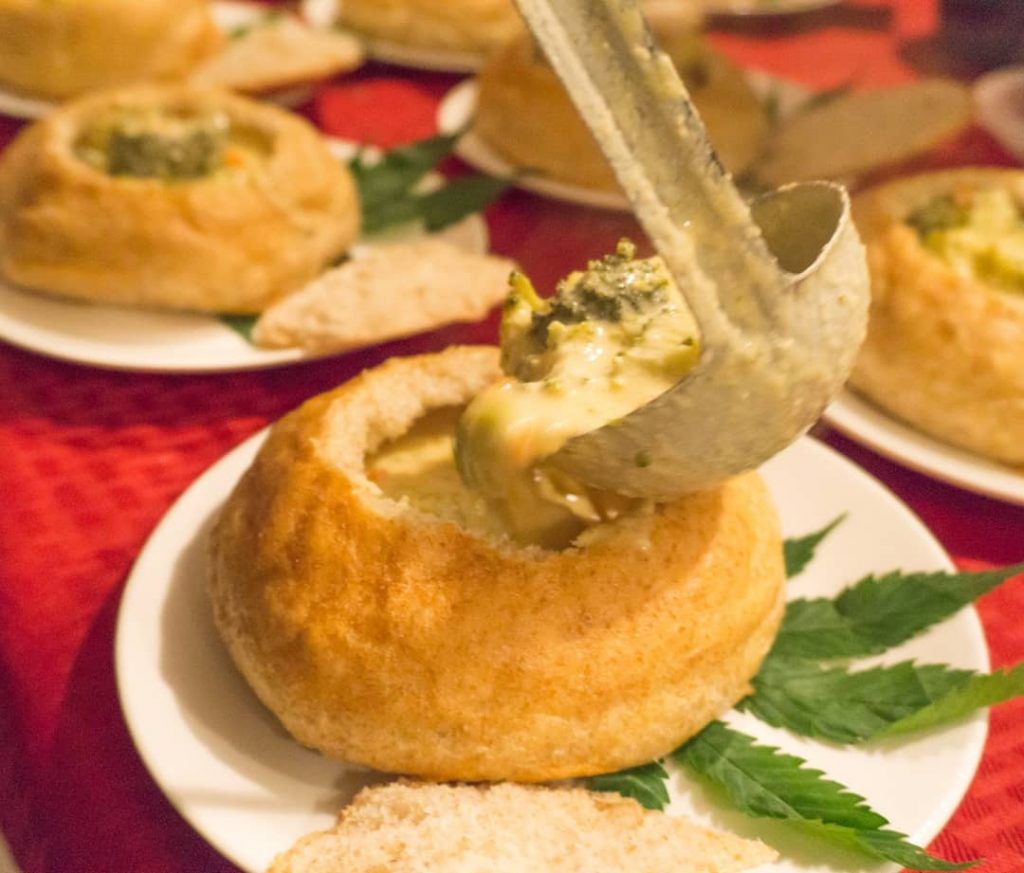 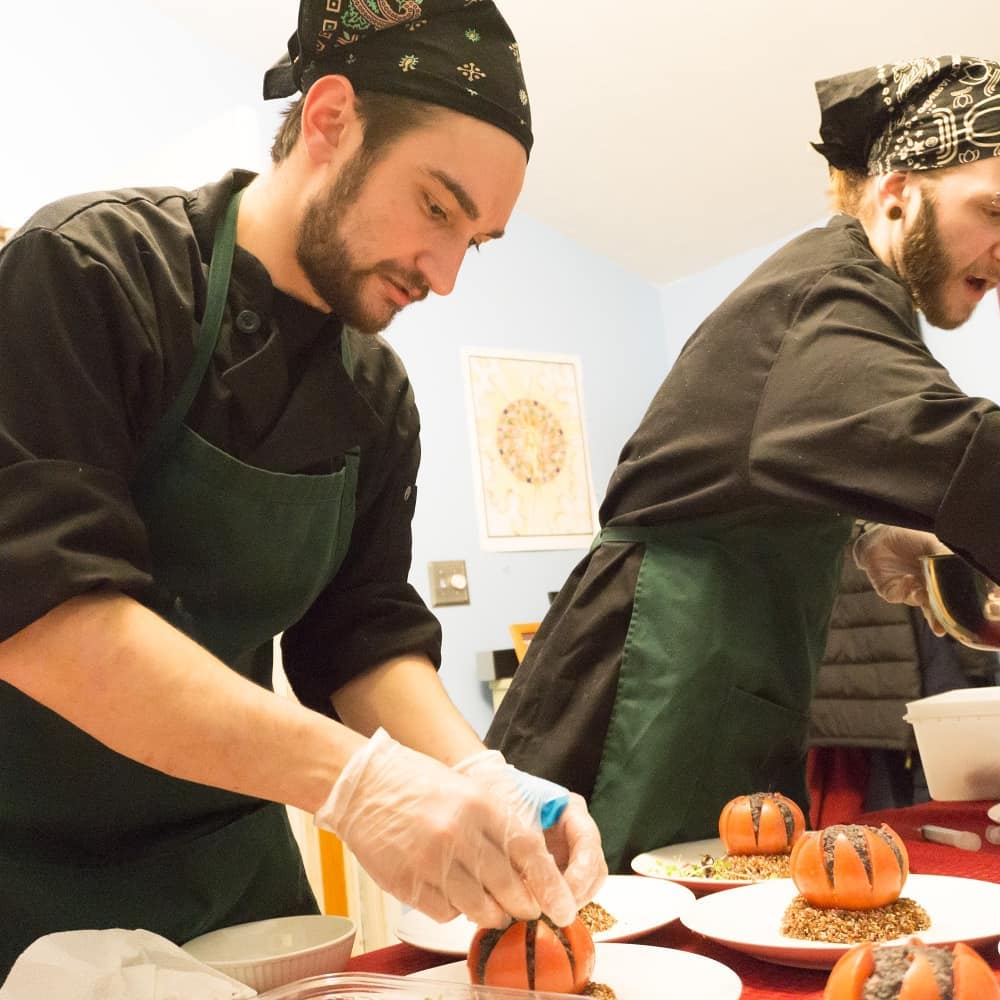 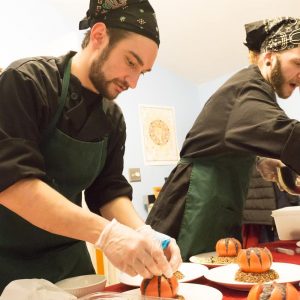 What does cannabis taste like? Many people might describe it as earthy, pungent, or bitter. According to Joe Nelson, 29, of Plymouth, one of the chefs and co-founders of Mass Cannabis Chefs, the idea that all cannabis tastes the same is a misconception.

Nelson said that he has tried plants that taste citrusy and lemony, and plants that taste more like pine. As a chef, it’s his job to make sure that the cannabis product that he’s cooking with goes with the recipe that he’s making. Nelson usually cooks with a cannabis distillate, which is a refined cannabis oil that does not contain most of terpenes and flavonoids that are responsible for the taste and aroma of cannabis.

“In certain dishes the flavors don’t pair well, so the distillate is good for that,” Nelson said.

Nelson and his partner Patrick Mulcahy founded Mass Cannabis Chefs in 2016 after working in restaurants together and bonding over cannabis. While most of their pop-up dinners have been on the Eastern side of the state, Nelson said that they are hoping to make their way to a Western Mass location soon.

Public social consumption is not yet legal in Massachusetts, so in order to operate legally Mass Cannabis Chefs host their pop-up dinners in private residences and don’t charge extra for people who want their meal infused with cannabis.

“We charge for food and services,” Nelson said. 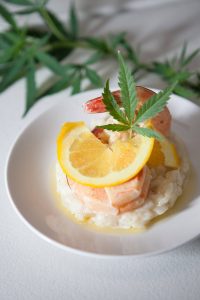 Nelson said that they have two sponsors who give them cannabis in the form of concentrates as a gift to use in their recipes. Dinner guests pay between $125 and $150 per person depending on the food they are serving that night. Mass Cannabis Chefs’ first pop-up dinner was an infused and not-infused Thanksgiving dinner in 2016. Since then they’ve hosted a vegetarian night, a keto night (which is based on a low-carb diet), and a 420 feast. Nelson described his food as “Infused (or not) fine dining.”

“We try to do different things every single menu,” Nelson said.

Mass Cannabis Chefs hosts two pop-up dinners a month in addition to private parties. Nelson said that they have a deconstructed comfort food night coming up, a ramen night, and a sushi night.

“I like to think of us as one of the preeminent dinner party companies (in Mass),” Nelson said. “No one has been doing it as consistently for as long as we have been doing it.”

When patrons arrive to a dinner they tell Nelson and Mulcahy what dose of cannabis they would like, if any. Nelson said that a big plus of using the distillate is that it can be tested beforehand for exactly how much tetrahydrocannabinol (THC) it contains. With that number in mind, Nelson and Mulcahy can create a perfectly dosed meal depending on each person’s needs and preferences.

“People don’t always know how the edibles will effect them,” Nelson said. “It’s all free. I want them to be safe and have a good time.” 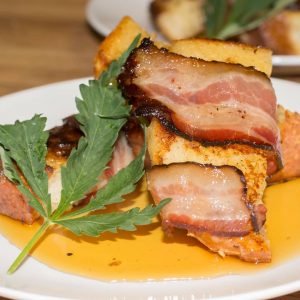 Each course of the meal is designed to have one element that can be infused with cannabis. Nelson explained that THC infuses best with fats, sugars, and alcohol, which is why many people infuse butter at home.

“The THC in the concentrate we’re using is forming an emulsion with whatever it’s binding to, whether it’s cream or alcohol,” Nelson said. “It’s a full blend, so when you mix it in to whatever you’re cooking it’s evenly distributed.”

Even distribution is also important to accurate dosing.

Nelson said that one of the things that they are interested in making but haven’t yet figured out how to infuse are pickles. Nelson explained that because pickles are primarily made of vinegar and water. there is nothing for the THC to bind to.

“They’re one of my favorite things and we can’t infuse them,” Nelson said.

Luckily, lots of great recipes do contain fats, sugar, and alcohol. Nelson said that one of his favorite dishes was a peppercorn crusted filet mignon dish that they served at their one-year anniversary party. The dish included a pesto made with a more surprising part of the cannabis plant, the fan leaf. Fan leaves are well-known for their distinct and recognizable shape, but they don’t have a high THC content and are not generally very valuable. 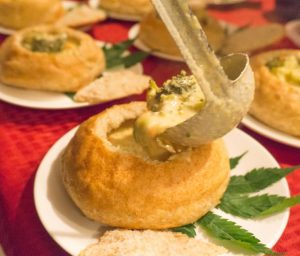 “A lot of people will juice them,” Nelson said. “I like to use them in food, they’re a great herb.”

Nelson hopes that someday he and Mulcahy will be able support themselves entirely with Mass Cannabis Chefs. When asked about whether or not he would apply for a social consumption license in the future, Nelson said that he hopes that the Cannabis Control Commission allows one to three day licenses for pop-up venues and weekend dinner services.