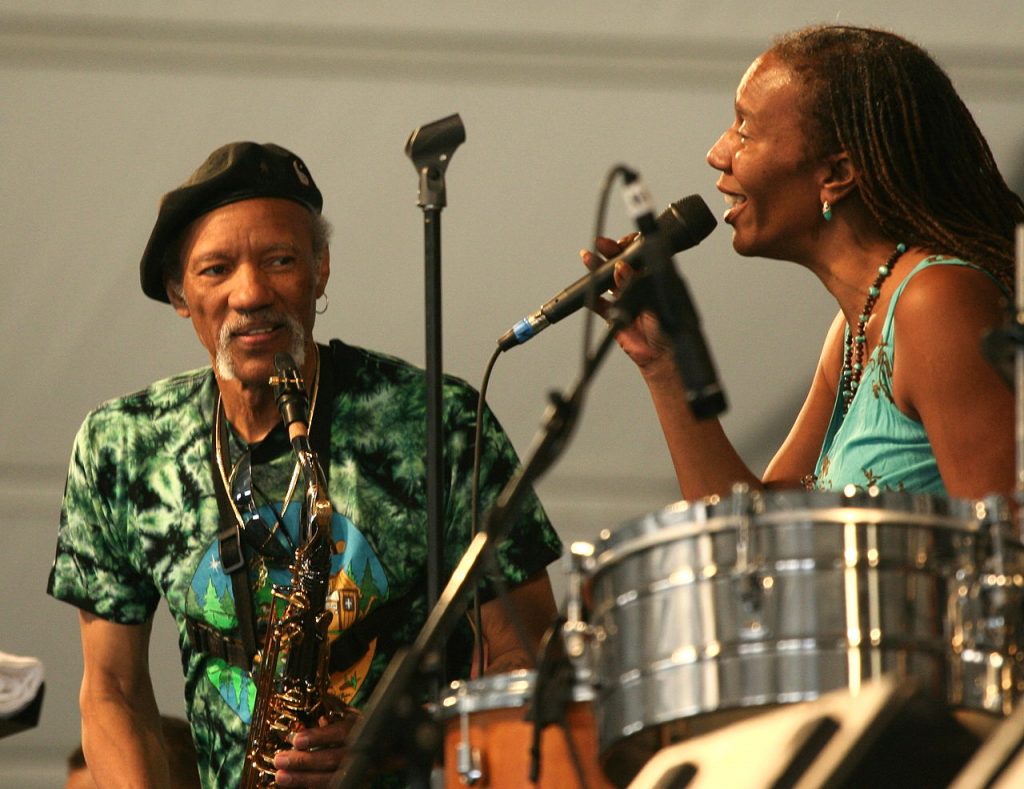 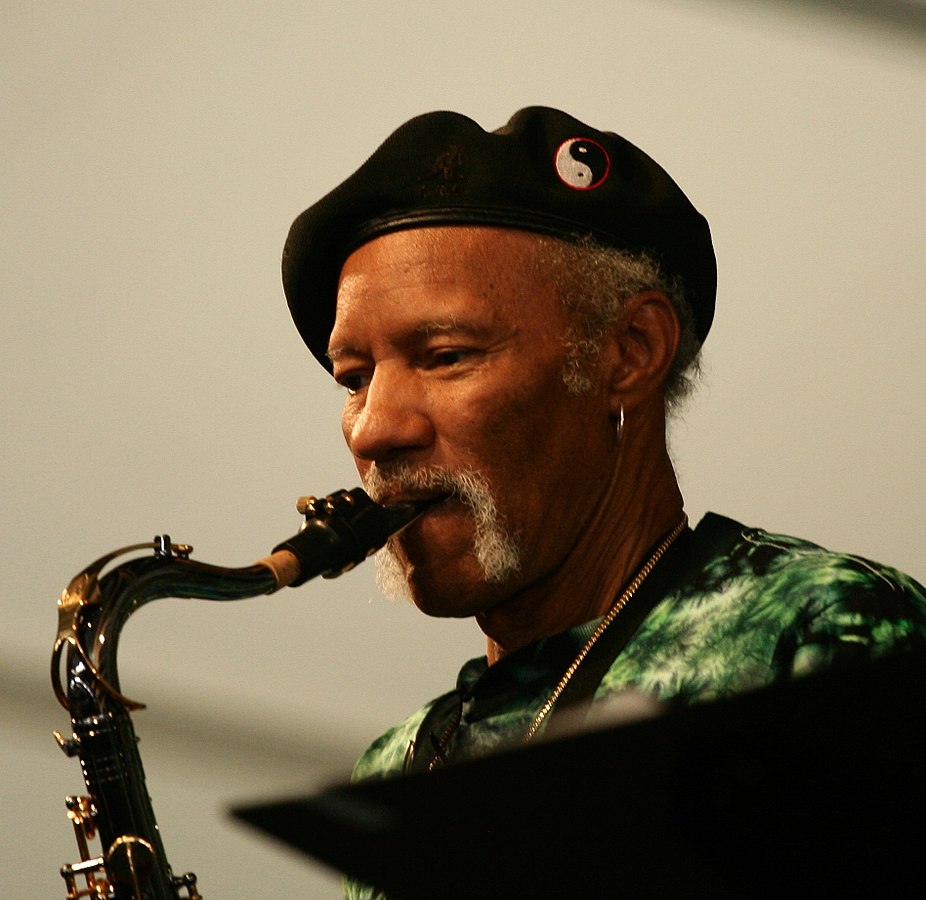 One of the brightest music stars in the Pioneer Valley and the world succumbed to pancreatic cancer. Saxophonist Charles Neville, age 79, passed away Thursday, April 26, at his home in Huntington. A member of the acclaimed Neville Brothers band, Charles Neville’s storied career spanned over 60 years. The Neville family released a statement regarding Charles Neville’s death today. 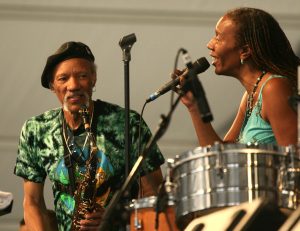 Neville was a staple on the Pioneer Valley scene, performing at local venues including the Springfield Jazz & Roots Festival which is produced by his wife Kristin Neville’s nonprofit organization Blues to Green.

Born in New Orleans, Neville was the second oldest in a musical family. He became an accomplished sax player at an early age and dropped out of high school to go on the road with the likes of and Rock and Roll Hall of Fame legends B.B. King and Little Walter and Blues Hall of Famer Big Maybelle. Neville also sat in the house band of the New Orleans’ legendary Dew Drop Inn in the 1950s.

Affectionately called “the Horn Man” by his brothers, Neville was known for regaling audiences with stories of traveling through Jim Crow South, highlighting the harrowing dangers black musicians faced while touring across the country. He often shared these stories at local schools and at last year’s “Jazz and Justice” forum as part of the Springfield Jazz and Roots Festival.

In Kristin Palpini’s July 2017 Advocate interview, Neville talked about his experiences in the segregated south, and the power of music and how it bridged the divide between blacks and whites when he was a young musician.

“The white kids would come to the black clubs, but the black kids wouldn’t go to the white clubs,” he said in the interview. “One of the main black clubs we played at where the white kids came, the police would come and arrest them, the white kids. They’d charge the kids with narcotics, the boys, and for the girls it was soliciting prostitution so families would be embarrassed and wouldn’t bring them there anymore.” He added that white people kept coming to the shows, sharing a love of music. 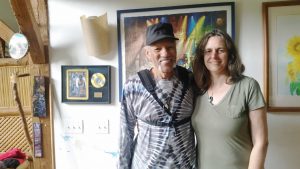 In the early 1960s, Neville was imprisoned for more than three years for marijuana possession, and although his love of music continued to flourished while behind bars, his career was stunted by drug use throughout the 1970s. The New Orleans Advocate reports that he struggled with heroin addiction for two decades until 1986. But in spite of this, in 1977 Neville and his brothers formed The Neville Brothers, which went on to become what many consider to be the musical ambassadors of the city of New Orleans.

Winning the 1989 Grammy for the song “Healing Chant,” which prominently features Charles Neville’s sax, the R&B/Soul/and Funk group continued to make music until disbanding in 2012. They would, however, reunite in 2015 for a final sold out farewell concert at the Saenger Theater in New Orleans.

In the years since, Neville played with his brother Aaron’s band and formed the New England Neville Brothers with his sons Talyn (drums) and Khalif (keyboards). Performing throughout the region, Neville’s gentle spirit and ready smile ingratiated him with Valley musicians and music lovers alike.

Earlier this year, it was revealed that Neville was suffering from pancreatic cancer, and in February the Academy of Music hosted what was called ”an “unprecedented event” to support Neville and his family as they face a year of uncertainty, upheaval, and tremendous difficulty.” The event was produced by Laudable Productions.

In February, The Academy of Music hosted a sold out fundraiser, Celebrating Charles, which raised an undisclosed amount of money for the Neville’s medical expenses and lost income. It was also held to honor his tremendous contribution to American music. Jazz luminaries including Aaron Neville, Branford Marsalis, Mitch Chakour, and Charmaine Neville took the stage to support Neville’s family.

When contacted about Neville’s death, local jazz great Avery Sharpe says he’s “devastated and shocked” by Neville’s death. “He was a great musician and a great human being. … Charles was  extremely diverse musically and culturally. I think that’s the mark of great musician.” Shape, a former bassist with McCoy Tyner’s sextet, said Neville was also a mentor. “There was so much I loved about Charles. We always had fun playing and I loved his stories. He was a a teacher, not just about music, but about life.”

Upon news of Neville’s death, musicians and fans took to social media to express their sorrow and to share memories and thoughts.

“We go back a long way, Charles – thank you for the love and kindness … I’ll miss you,” wrote Harry Connick Jr. on Twitter.

Younger brother Aaron Neville posted this message on Facebook: “My dear brother Charlie the horn man, just want you to know that if I would’ve had the choice of picking my brothers, I would definitely choose you. You were a great brother. You’ll always be in my heart and soul, like a tattoo ….”

Charles Neville is survived by his wife and his two sons and also his daughter, Charmaine. Neville had the great fortune of performing with all of his children during his career.