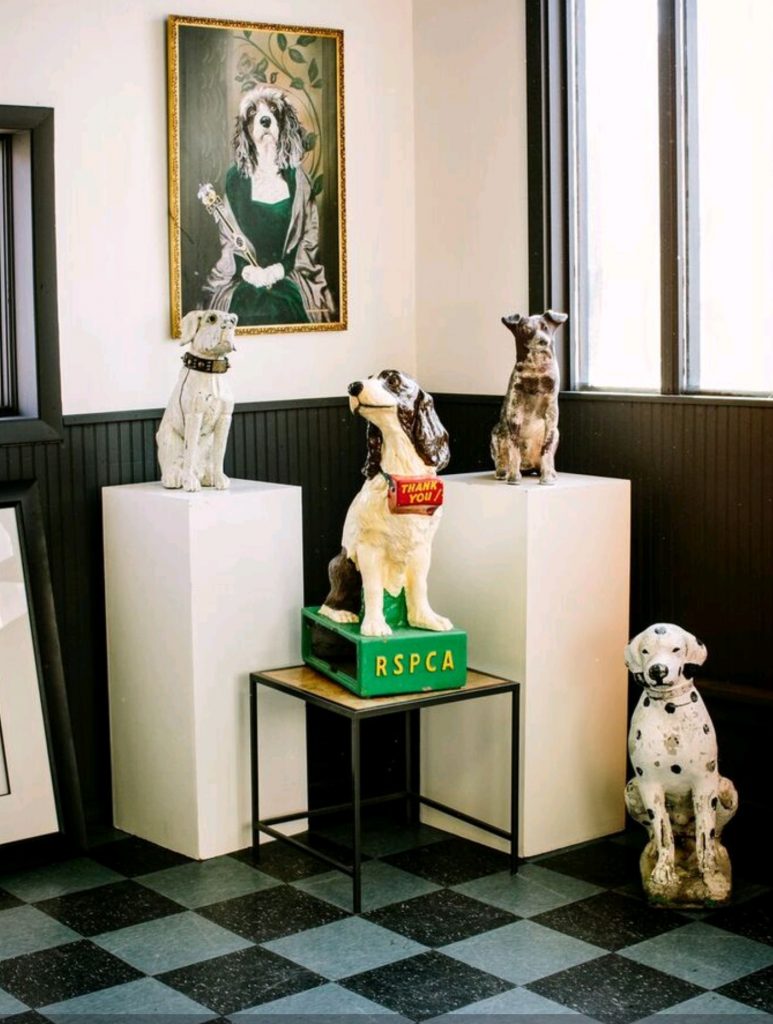 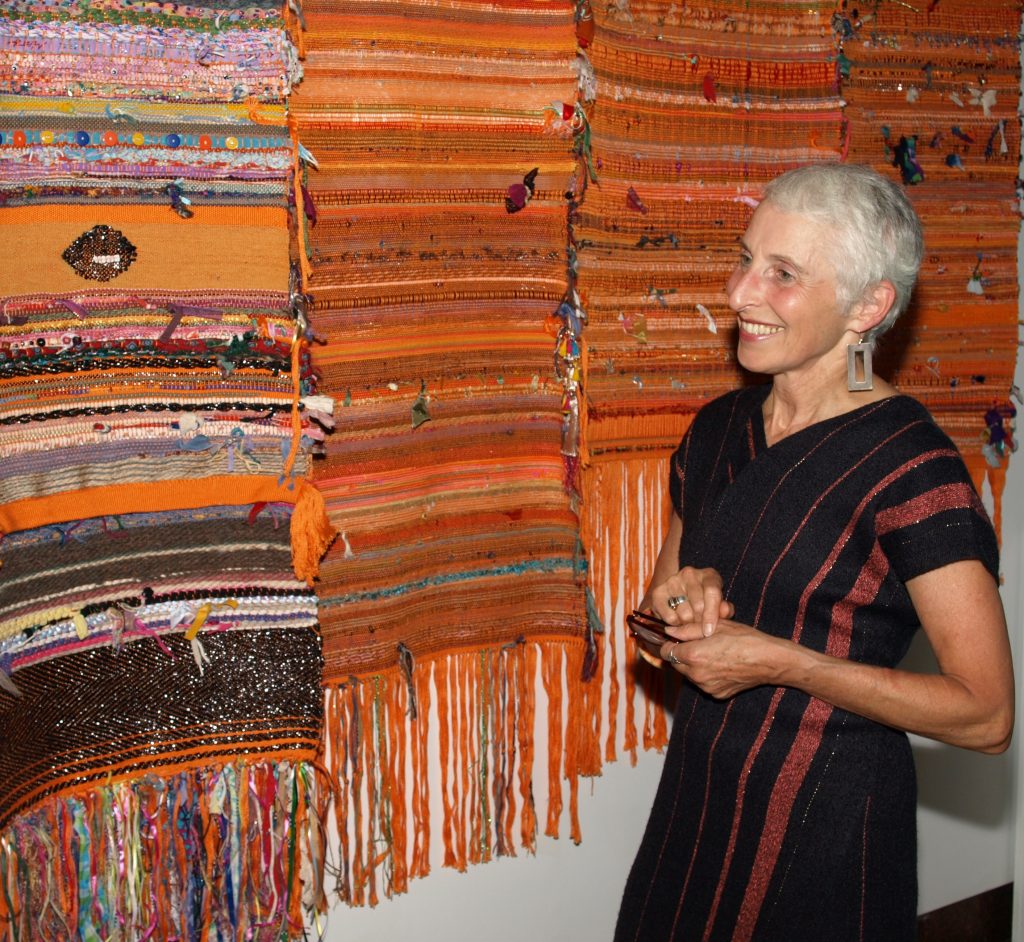 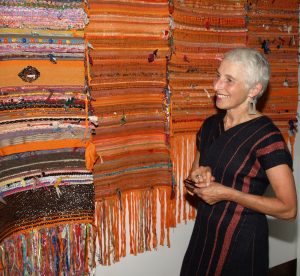 Leonore Alaniz in front of her work in Leverett. Photo courtesy of the Boch Center.

Only five years ago, ArtWeek was a series of 25 events in Boston. This year, ArtWeek, which started on April 27 and runs until May 6, expanded to Central and Western Massachusetts and includes over 525 events, making it the only statewide art festival in Massachusetts. For artists, small galleries, and craftspeople in the Pioneer Valley, ArtWeek represents a unique opportunity to get new people involved in the Western Mass art community.

“ArtWeek really provides a great umbrella to spotlight well-known places but also little-known gems,” said Sue Dahling Sullivan, lead champion of ArtWeek and chief strategic officer at the Boch Center in Boston. She said it can be hard for artists, galleries, and craftspeople to market themselves.

Leonore Alaniz, of Amherst, is one of those artists who is taking advantage of ArtWeek. Alaniz has a studio in Leverett and a month-long exhibit through May at the Leverett Craft and Arts of fiber works and nature prints. As part of ArtWeek, Alaniz is leading an event called the Cloth of Community where participants can bring their own threads or cloth and weave it into the Common Cloth Tapestry. The event will be hosted from Thursday, May 3, to Sunday, May 6, from noon to 5 p.m.

As a hand weaver and a self-described fiber activist, Alaniz said that teaching people about how to re-purpose and fix textiles instead of throwing them away is the most important part of her work.

“I want to teach that to people; I don’t work so much for myself,” Alaniz said.

Alaniz said that ArtWeek is a great opportunity for her to engage more people in the Leverett community, and to get to know other artists’ work. She said that she hopes that a statewide event will help to bring many different artists together across the state.

“There is somewhat of a disconnect (between Eastern and Western Massachusetts),” Alaniz said. “The more we can connect around these grassroots movements … I’m definitely excited about that.”

The Holyoke Creative Arts Center (HCAC) is also running an interactive event for ArtWeek in their new Print Shop in Holyoke. On May 5, people can visit the Print Shop and design their own T-shirt from 10 a.m. to 4 p.m.

“It’s good to get our foot in the door with ArtWeek,” said President of HCAC Jeffrey Bianchine. “It’ll be a catalyst for the community. It’s a good excuse for us to open our doors to non-members.”

Alaniz’s and HCAC’s emphasis on community activities and grassroots connections is not unique on the ArtWeek schedule. Dahling Sullivan said that other art festivals exist all over the country, but that ArtWeek is unique because of its focus on local communities.

“ArtWeek didn’t want to be a calendar listing, we wanted to offer something a little different,” Dahling Sullivan said.

Dahling Sullivan said that communities were encouraged to plan events that were interactive or offer a behind-the-scene look, instead of merely having an open gallery day. For instance, last weekend the Eric Carle Museum of Picture Book Art in Amherst did a curatorial event where they talked to visitors how they make curatorial decisions out of the 7,000 piece collection.

“Most festivals are based in a city, but very few are this organic,” Dahling Sullivan said. “International art weeks are not as community and public driven. We’ve tried to keep it as grassroots and organic as possible so people in the community can define what it is.”

ArtWeek 2018 is presented by the Highland Street Foundation and produced by the Boch Center, with Massachusetts Office of Travel and Tourism and the Massachusetts Cultural Council as the lead champions. With the statewide expansion, ArtWeek doubled in size from last year, jumping from 260 events in the spring of 2017 to more than 525 events this year. Dahling Sullivan said that price can be a barrier for people at traditional art events and museums, but that 70 percent of ArtWeek events are free and 90 percent of them are under $25.

“We’re still trying to catch our breath, but it’s clear that there is an appetite … to experience creativity in different ways,” Dahling Sullivan said.

In North Adams, David York, owner of the Museum of Dog that opened last weekend at the beginning of ArtWeek, said that he has already seen a great response to the museum thanks in part to ArtWeek. York said that people from all over New England and the country visited the dog-themed art museum for the opening reception.

“(ArtWeek) is a big opportunity for small businesses and artists to get more exposure and have a bigger presence,” York said. 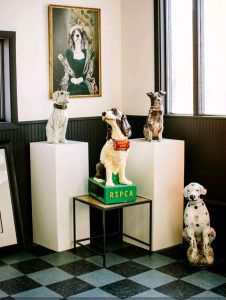 Inside The Museum of Dog. Photo courtesy of the Boch Center.

The Museum of Dog includes a unique collection of dog themed items, including paintings, sculptures, and antique dog collars. There is also a temporary exhibit (until October 2018) about York’s dog, Daisy, and her favorite Jeep. York is planning to open a dog friendly cafe and dog sculpture park by the end of June.

“This was the first (ArtWeek in Western Massachusetts) and I was shocked at the success participation-wise,” York said.