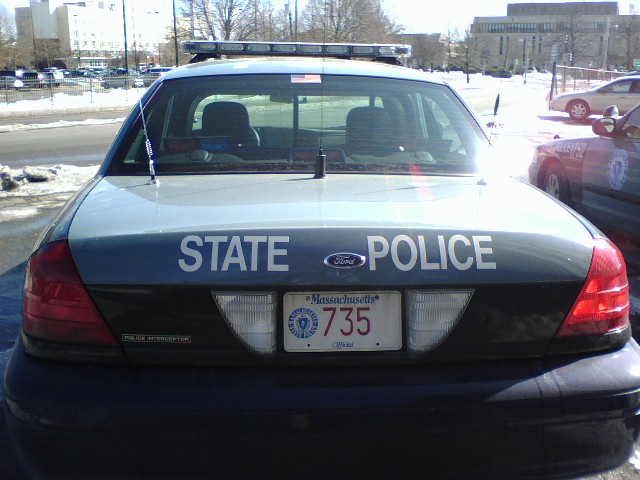 State Police Troop E, which patrols the length of the Mass Pike, has been eliminated and absorbed into three other regional troops as a result of reforms initiated by Gov. Charles Baker.

The change was in part a response to allegations that more than 20 troopers in Troop E put in for overtime that they never worked in 2016.

Baker’s office released a statement on Wednesday, May 2, that several reforms to the State Police have been put in place, with more on the way.

“Our administration has been working closely with [Massachusetts State Police] Colonel [Kerry] Gilpin to implement reforms at the State Police to improve public safety and restore the public’s trust in the Department,” Baker said in the statement. “While progress has been made to install new technology, eliminate excess overtime shifts, and determine the appropriate staffing levels for the Turnpike and Logan Airport, there is much work to be done to improve efficiencies and policies at the State Police. I commend Colonel Gilpin for her leadership and we will keep working with the State Police to bring lasting reforms to this Department.”

The statement said that several of the troopers who are alleged to have put in for overtime they didn’t work were suspended without pay as the investigation continues. The results of the audit have been provided to Attorney General Maura Healey’s office, which will determine if criminal prosecution will proceed, according to the statement.

Colonel Gilpin also announced a wider review of other types of overtime shifts on the Pike and in other troops.

The four Troop E barracks, located in Westfield, Weston, Charleton, and Boston, have been absorbed into other troops. State Police Troop B patrols the majority of the Pioneer Valley, and has taken on the Westfield barracks, according to the release.

In addition to eliminating Troop E, the State Police are now tracking all 1,087 cruisers with GPS technology called Automated Vehicle Location (AVL), which will display locations of cruisers to supervisors as well as assist State Police in deploying their resources.

The department has begun training for troop commanders, captains, and lieutenants in the use of the software and will soon begin work on a plan to install the technology in other vehicles in the fleet, according to the statement.

The department has also posted members’ troop assignments to the state’s website, and plans to post payroll records for all State Police troops to the State Comptroller’s website to increase transparency.