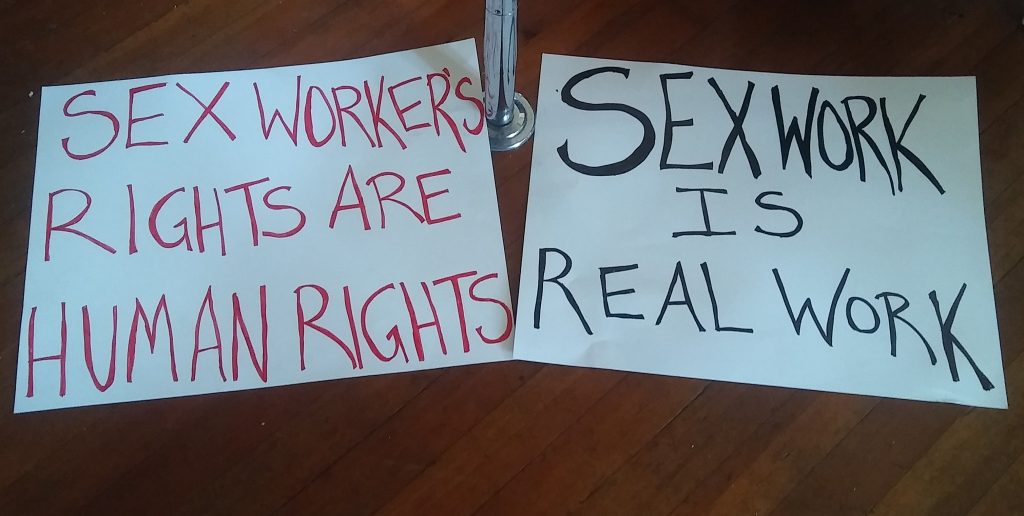 Spurred on by a new federal law they say makes their already dangerous jobs less safe, sex workers are marching in this weekend’s Noho Pride Parade in Northampton to declare “sex work is real work.” 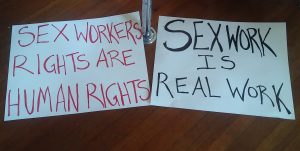 “Sex workers were screaming and no one listened,” she said. “There was no input from sex workers. They did not talk to anyone; they just decided they knew what was better for us.”
Known alternately as FOSTA (Fight Online Sex Trafficking Act) and SESTA (Stop Enabling Sex Trafficking Act), the two versions in the House and Senate, the act pokes a hole in a longstanding law regarding the internet, which states that internet service providers and web platforms will not be treated as the publisher or speaker of information provided by a different content provider.

SESTA-FOSTA creates an exception to that provision of the 1996 Communications Decency Act if third parties are found to be posting ads for prostitution, including consensual sex work, on their platforms.

The law was passed nearly unanimously by both houses of Congress and signed by President Donald Trump on April 11. Since then, things have moved very quickly, and websites consensual sex workers have relied on to safely screen clients have been taken down or discontinued.

The two highest profile cases of this are Backpage.com and the personals section of Craigslist.

Those were both sites where it was possible to screen clients and a place where sex workers could communicate with one another about dangerous Johns, according to Vendetta.

“Since this bill passed, for sure, at least 15 women have gone missing,” she said. “Sex workers have been forced onto the streets. And there’s nothing we can do about it.”

Yana Tallon-Hicks, a sex educator and Valley Advocate sex and relationship advice columnist, said that the law is even affecting her work, which does not include prostitution or anything close to it.

“For sex educators, our stuff is getting censored and controlled as well,” Tallon-Hicks said.

She said she is no longer using American company Skype to video chat with clients and has moved to a service that is hosted abroad.

“All we’re doing is talking, but under the new terms of service it could be skewed that way,” she said.

Vendetta hopes that Team Clear Heels 413 marching in the Pride Parade raises awareness about the issue.

“It just needs to keep being talked about. It needs to be repealed,” she said. “Unfortunately it is going to take a lot of dead sex workers for anyone to notice.”

Officials at the Pride Parade acknowledged that the group would be marching in a short statement, but declined to comment further. “The Noho Pride parade is open to the public and those who sign up are able to march. We don’t have any further information about it,” the statement read.

Vendetta and another sex worker made posters over the weekend to use during the march, which read “Let us survive,” “Sex workers are a part of queer culture,” and “Repeal SESTA now.”

Vendetta hopes they get noticed.

“For me the biggest thing is I think people from Western Mass are going to realize that in their community this is happening right here,” she said.