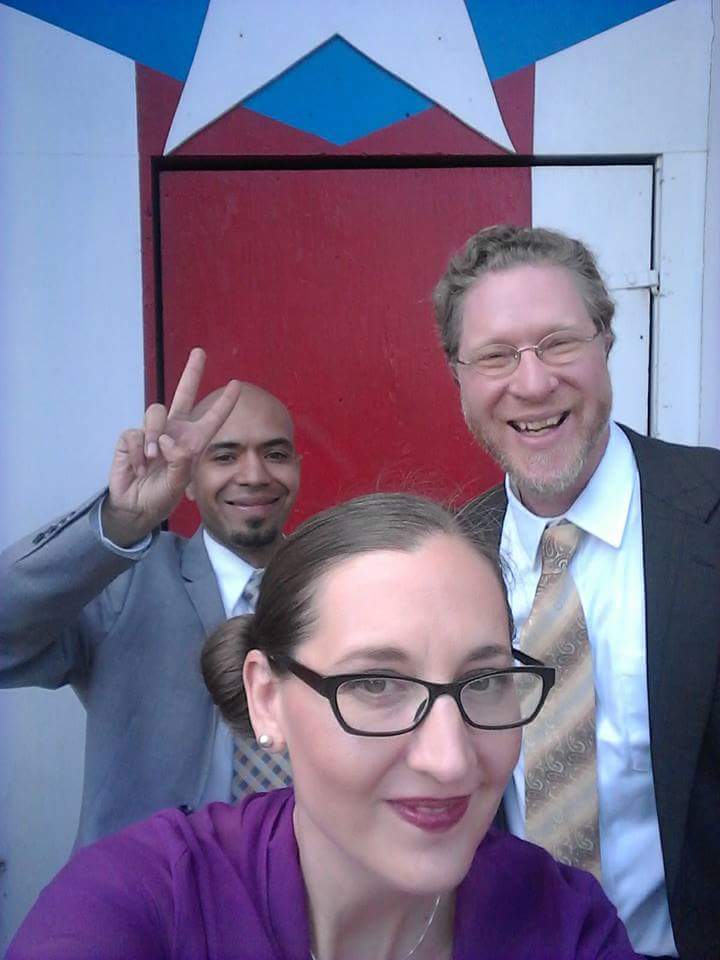 “Why vote for the lesser of two evils, when you can vote for the greater good?” Juan Sanchez wants voters to consider this question when they enter the ballot box on November 6. 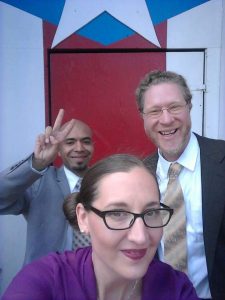 Sanchez, 29, of Holyoke, is running for Secretary of State in the 2018 statewide elections. He is one of three local candidates running for state offices as a Green-Rainbow party candidate. The Green-Rainbow Party, the Massachusetts branch of the national Green Party, was formed in 2002 when the state level Green and Rainbow parties merged.

“It’s the only party that offers a true alternative to the binary of corporate parties,” said Jaime Guerin, 40, the membership director of the Green-Rainbow party. Guerin is running for the state office of Treasurer. Besides, Guerin argues, “The more parties, the more choices, the more voices, the better it is for democracy.”

“We stand for a system that works for everyone. The system now benefits only the moneyed elites,” said Jed Stamas, 44, of Northampton. He is the Green-Rainbow candidate for state auditor. Instead, Stamas views the Green-Rainbow party as a “pragmatists, serving basic human needs.”

“Most people care about health care, feeding their families, getting a job,” said Stamas. “The system we have in place is not meeting people’s needs,” he said of the two-party structure that dominates American politics.

The candidates would all like to see their party gain a foothold in politics and usher in some form of a coalition government, similar to those seen in other Western nations.

“In capitalism, competition is often emphasized over cooperation,” said Stamas.

The state auditor acts as a watchdog, reviewing the financial spending of each government entity and ensuring that they are fulfilling their purpose. The office has a $15 million budget yearly budget. Stamas argued that he could do a much more comprehensive job with that budget than that current auditor, Suzanne M. Bump.

For example, Stamas said he’s not in favor of removing social services, “but we need to do more than just give them money. We need to focus on mental health services, quality healthcare.” Stamas cites the Northampton Recovery Center, an addiction recovery support organization, as an example of the type of community-focused social services of which he would like to see more.

Stamas has received degrees from Haverford College and the University of California, Berkeley. In his professional career, he has been a researcher at NASA and a STEM teacher. Currently, he designs physics tests for student teachers for the academic publishing and assessment company, Pearson.

“The reason I switched from research to teaching was because educating people can be the most helpful but I still felt like a cog in the system,” said Stamas.”As an auditor, I can work on the system as a whole.” Stamas is not the only one eyeing changes if elected.

“I’d like to see the creation of a state bank,” said Guerin. “Right now, all our money goes to Wall Street. I would like to shift control back into the hands of the people.” Guerin claims that such a move would cut the cost of the financial infrastructure in half and reduce the influence that the banking industry has over state elections.

The candidates all reject the idea of running as a Democrat in an effort to gain more support. Guerin sees Bernie Sanders as having been intentionally sidelined to allow for Hillary Clinton’s nomination in the 2016 presidential race and said that reaffirmed her fear about “corporate parties.”

“We don’t think that the Democratic Party is democratic,” said Stamas. He views the Democrats as being controlled by establishment politicians and corporate interests. He pointed to superdelegates, which are chosen by the party leadership rather than being elected, as a prime example of the way the mainstream parties lack a truly democratic structure.

Sanchez agrees. “It’s not about agreeing with each other, it’s about being able to have a conversation.”

Sanchez works at the Valley Opportunity Council, an organization that “is dedicated to eliminating poverty,” through community social programs like fuel assistance, homeless housing initiatives, and citizenship classes.

Sanchez is also active in Nueva Esperanza, an organization with a stated goal of working, ”to make Holyoke a vibrant community,” and fights gentrification through the purchase of properties. Sanchez says gentrification is a growing problem in Holyoke. “You have $1,200 lofts on one block and a block over there’s people selling heroin.” Of Holyoke’s recent development, he says “It’s not for us.”

Sanchez loves his community and said that he is tired of seeing politicians only engaging with them when it’s an election year. As secretary, the state’s highest election official, he envisions launching a “statewide, multilingual, multi-pronged, campaign to educate people on how and why to vote and what their government can do for them.”

The goal, said Sanchez, is to “empower the underprivileged, underrepresented but especially underestimated.”

None of the three candidates are concerned with the potential of the Green-Rainbow Party taking votes away from the Democrats, possibly leading to more conservative candidates winning offices. “One-third of [state] voters are unaffiliated,” Stamas said. Sanchez said that most voters who would vote Green-Rainbow won’t vote if there is no alternative to the mainstream party candidates.

Guerin said the Green-Rainbow party has had an “influx of support from around the state,” and thinks that people are realizing that the status quo isn’t working for them. Both Stamas and Sanchez have lived in different areas of the state and believe that the party’s core values – economic equality, environmental sustainability, getting money out of politics, and equal representation of all citizens – are things that all Bay-Staters can get behind.

Sanchez, Guerin, and Stamas each said they are ready to stand up to the mainstream political goliaths, the Democrat and Republican parties. “I know what I’m facing,” said Guerin.

Sanchez said he’s in it to win it but if he doesn’t get elected, he said running will still have been worth it. ”If I pushed the winner a little to the left, educated some voters, then that’s what matters.”