Stagestruck: Words and music seek to heal a troubled world 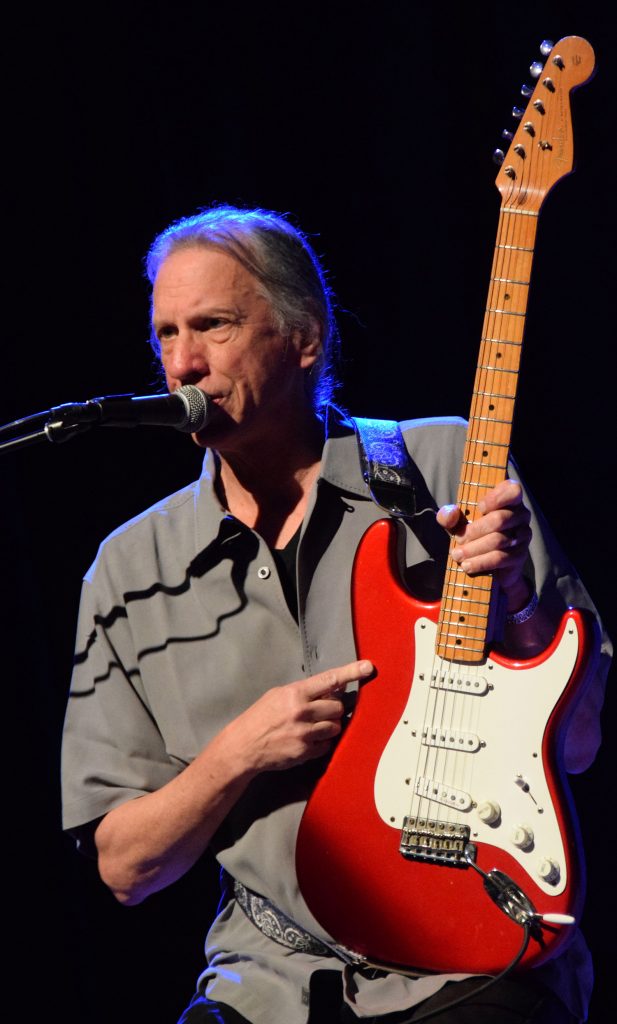 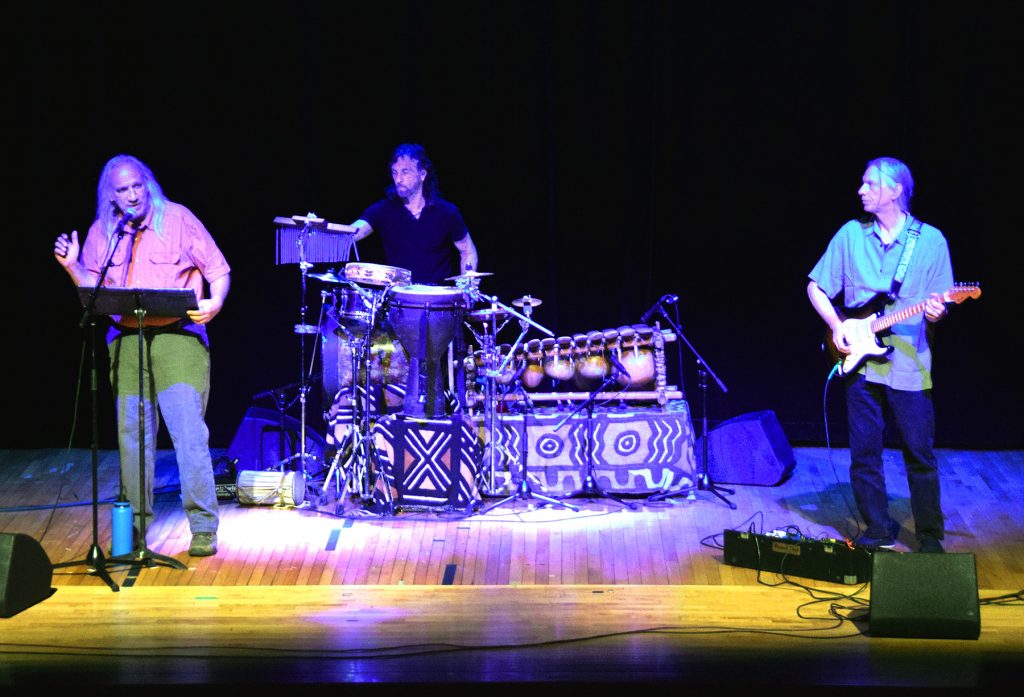 The Red Guitar, John Sheldon’s brilliant memoir-in-music, was a runaway hit at last summer’s Edinburgh Festival Fringe. Riding on its success in that international nexus of alternative arts, the show’s producer, the Valley’s Serious Play Theatre Ensemble, is taking it back again this year. It’s returning in tandem with a new piece, Manual Override, created and performed by Sheldon, percussion virtuoso Tony Vacca and spoken-word artist Paul Richmond, who comprise the trio Do It Now. Both are directed by Serious Play’s Sheryl Stoodley.

Before the shows go off to Edinburgh, the Valley gets a chance to see them in a series of previews, both 50-minute pieces in a single evening. Two performances are coming up, May 12th in Holyoke and June 1st in Northampton. The shows are also fund-raisers for Serious Play’s Performance Exchange, which brings international acts from the Fringe to the Valley. 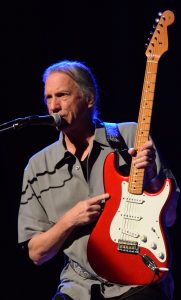 When I caught the first of the preview showings last month, at the Shea Theater, I had already seen The Red Guitar. Twice. It not only rewarded a third go-round, it was worth the trip to Turners Falls on its own.

Sheldon’s piece is a musical autobiography that’s also a travelogue of pop-music history in the company of his candy-apple-red Fender Stratocaster. His remarkable journey spans the rock’n’roll era with wry humor, compelling anecdotes and can’t-believe-your-ears guitar licks. It’s a social history wrapped around a personal memoir wrapped up in a dazzling display by the man who’s been rightly dubbed “one of the great guitarists of our time.”

In a laid-back deadpan, Sheldon explains that music “basically saved my life” — a life that included spending part of his adolescence in a mental hospital — and proceeds to prove to us that music is indeed the necessary balm for wounded spirits and a troubled world.

Paul Richmond was named Massachusetts’ Beat Poet Laureate last year, and indeed, Do It Now’s Manual Override has some of the feel of a late-night session in a Beat Generation-era club. Here, though, spoken-word veteran Richmond  isn’t accompanied by a meandering guitar and lazy bongos, but by the pyrotechnic interplay of Sheldon’s glittering Strat and Vacca’s cross-cultural array of percussion instruments. 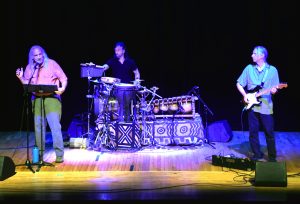 I take the trio’s name and the show’s title to mean that this moment of impending catastrophe demands hands-on emergency action, and most of Richmond’s prose-poetry commentaries deal with today’s political, social, and environmental crises. One of them speaks directly to the title’s imperative, calling on us to “stand up!” in defense of those who are taking the knee, or a bullet. Others address issues such as climate change (“You don’t have to believe in it, just look around”), consumerism (a trip to a big-box store to buy a big box of happiness) and America’s anxious obsession with socialist Cuba, in which a musical riff on the song “Guantanamera” gives a sardonic salute to the Guantanamo prison camp.

While The Red Guitar is tried and true, Manual Override is still in development. At its first outing last month, it was still a collection of individual pieces, linked by topical subjects but as yet without a dynamic arc or strong connection to its title. Richmond’s laconic-ironic style didn’t quite match the urgency of his themes or his musical partners’ energy and ingenuity. With a tighter structure and a more robust rapport of words and music — a spirit perhaps more Slam than Beat — Manual Override will be ready for Edinburgh.

Chris Rohmann is at StageStruck@crocker.com.