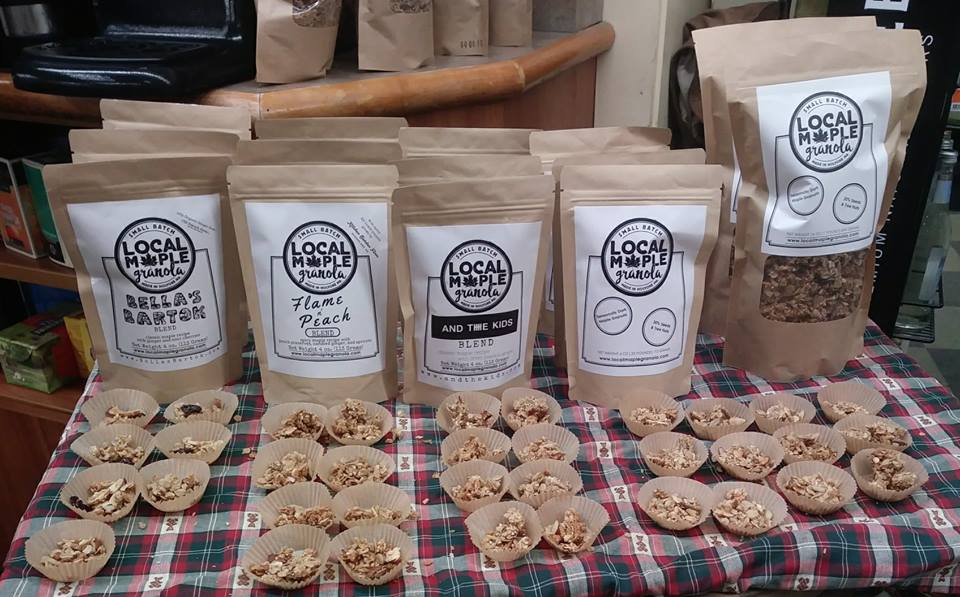 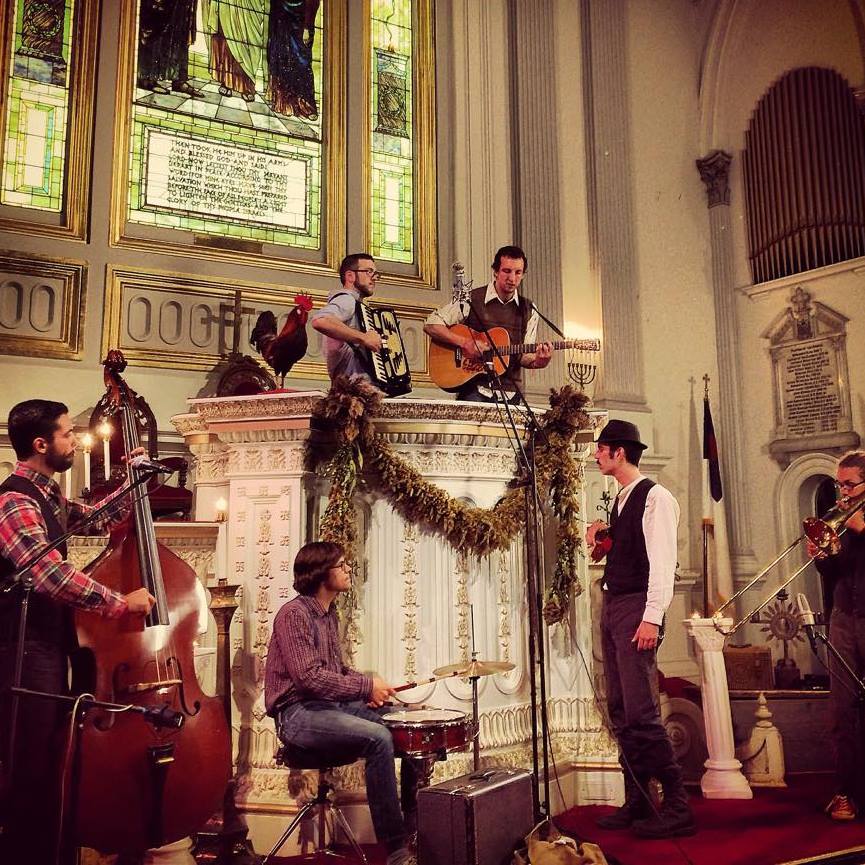 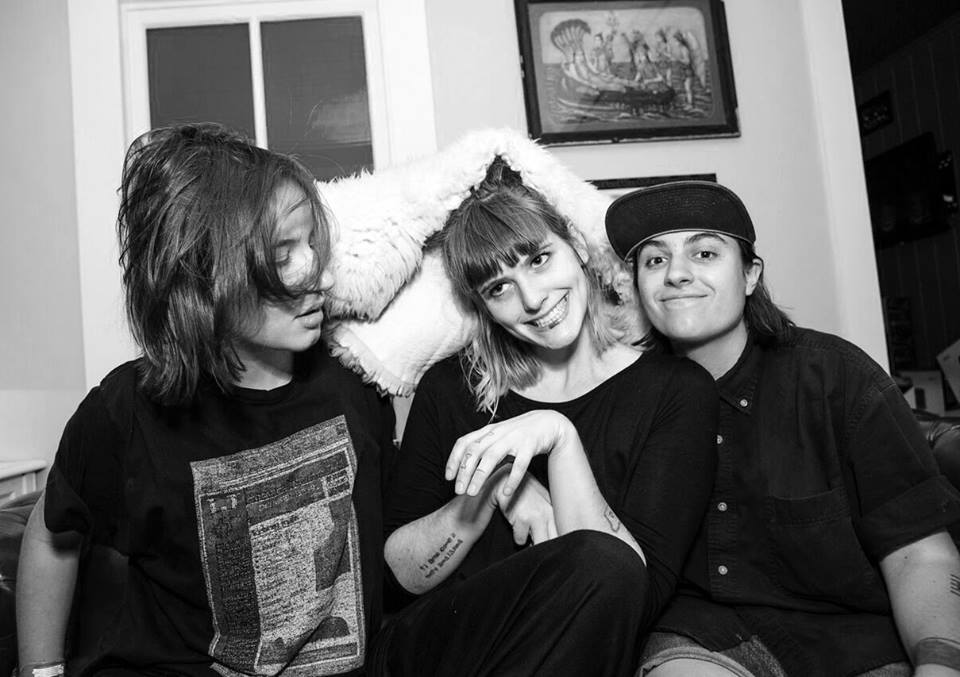 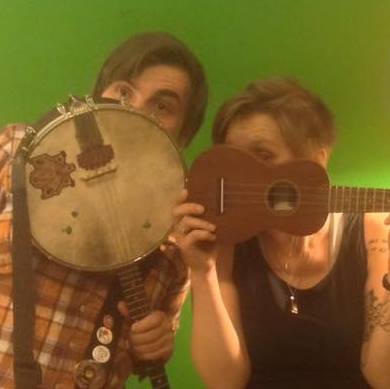 Tony “Tonez” Hall, co-owner and manager of Maple Local Granola, told the Valley Advocate he introduced the idea of creating flavors inspired by local bands to co-owner Erin Ervin, which was well received by the artists they reached out to.

“It seemed like a great way to give back to a second community outside of the food system and create new avenues for artists to create a merchandise item that no one’s ever seen to kind of differentiate themselves at their shows,” they said.

The granola is made using Massachusetts maple syrup as a way to support the local sugar economy, Hall said.

“Sugar as an imported product is one of the more destructive colonial products, so for me as a person who hopes to use the food system as a social and cultural changing point, it’s really important that we create this food with holistically healthy ingredients,” they said.

A list of the local musicians or bands with a blend of granola from Maple Local Granola includes And the Kids, Bella’s Bartok, Wendy Eisenberg, Flame N’ Peach & The Liberated Waffles, and Old Flame.

“I asked the artists that I approached that they use at least one local herb or fruit to use in their blend and to also encapsulate their band’s identity or something that exemplifies them,” Hall said. “With Bella’s Bartok in particular, they’re really eclectic and fun and glittery and confusing to people. We wanted to something a little glittery and that’s why we’ve got the candied ginger in both the Bella’s Bartok and And the Kids blends … And then the sour cherries seem to fit with [Bella’s Bartok’s] personality. They’re a big group of people that are lovable and fun, but a little bit confusing.” 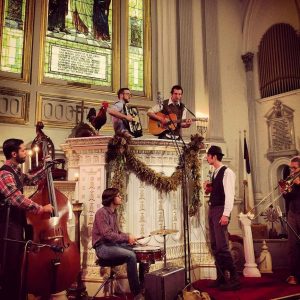 And the Kids’ blend consists of pears and powdered ginger from Amherst, they said. 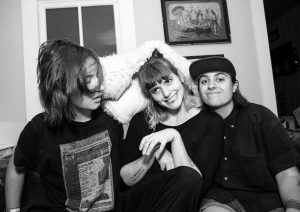 “We take the pears from Small Ones Farm and we cut them and then we roll them in the powdered ginger from Old Friends Farm and then we dehydrate them in our bakery. It’s house dried pears rolled in ginger,” Hall said.

Hall is a member of folk punk and dance folk group Flame N’ Peach & The Liberated Waffles and he created his band’s blend using peach preserves from peaches in Massachusetts as well as a blend of red peppers and aji limon peppers from The Kitchen Garden in Sunderland, they said. 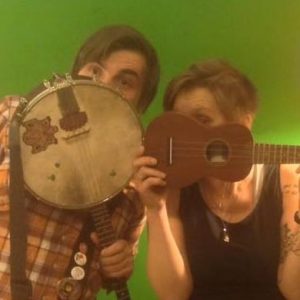 “That pepper, [aji limon] just has a little bit of hint of lemon to it,” Hall said. “It’s not a super potent spice, but it’s definitely spicy and it fits with the Flame N’ Peach embodiment of spicy and sweet. I’m really glad I was able to make this idea a reality and it’s really fun because I get to bring it out to the [Amherst] Farmers’ Market and talk to people about my band and bring it out at my merch table and talk to people about the business that I’m a part of.”

Wendy Eisenberg, a member of noise pop band Birthing Hips, has a blend that consists of blueberries (one of her favorite fruits) and lion’s mane medicinal mushrooms, Hall said.

“We settled on cardamom apple pie before we set sail on our most recent tour down the east coast to Austin, [Texas],” Ayres said. “Tonez piled our van high with gold — mountainous heaps of their freshly, locally sourced and crafted granola. It was like traveling with a dear friend. Every show along the way, we sold the granola at our merch table. It was a fun talking point in between songs. Audiences devoured it ravenously. This interdisciplinary collaboration demonstrates creative economy and collaborative entrepreneurship at its finest.”