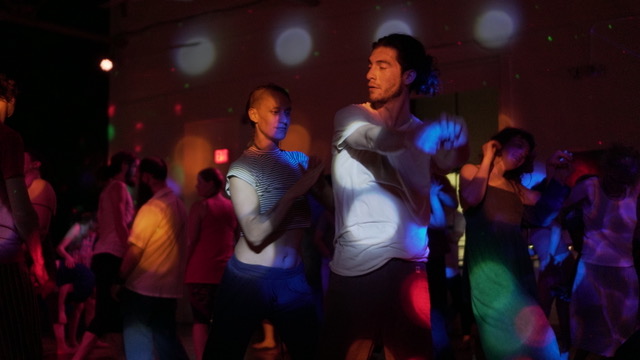 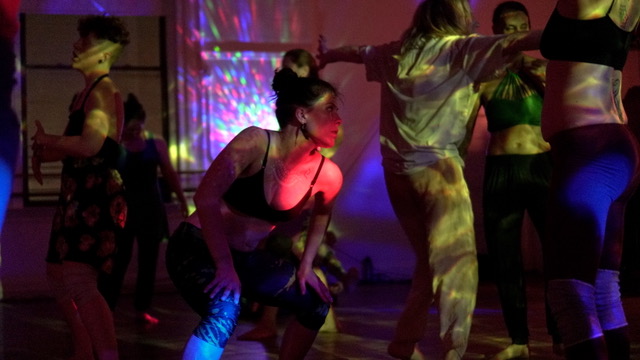 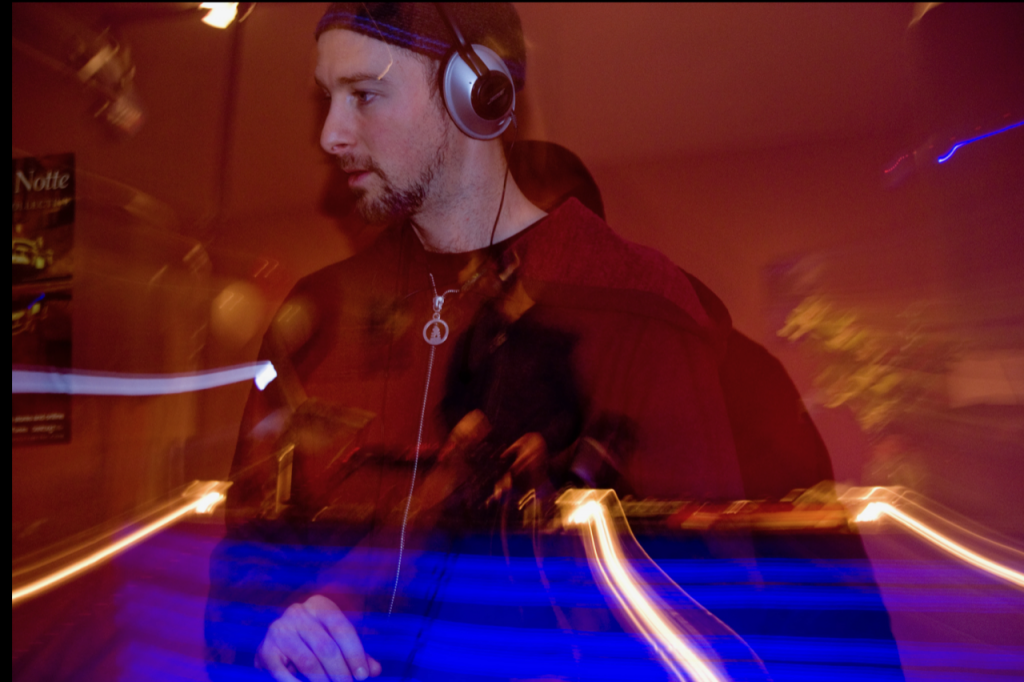 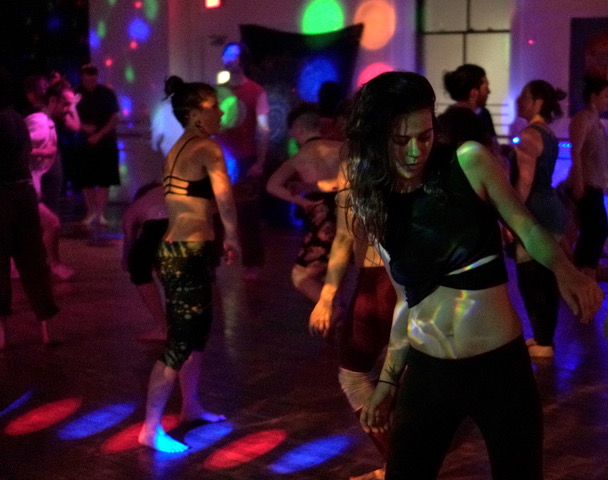 Aaron Brando, aka DJ Hip Sockit, is intense and direct, but he has a calm about him and his expressions are chosen with care and with purpose. A holistic body-work practitioner by day, he’s also co-founder of Pollinate Ecstatic Dance, “the hub where high vibration dancing, healthy living, thick beats, and community connections all come together.” 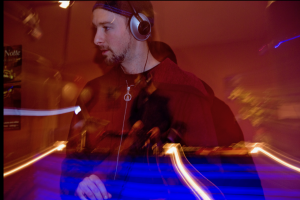 Brando is preparing to celebrate Pollinate’s 10 year anniversary on Friday, June 1. When asked about what the intention of ecstatic dance is and about Pollinate’s mission, he searches for his words thoughtfully.

“There’s a lot of fracturing in our contemporary culture,” he says. “This is my antidote; this is a way to encourage and promote connection …. It’s about creating an organism. One living, breathing, connected organism of dance, of celebration, of embodiment and connection.”

Pollinate meets every first Friday on the fourth floor of the Fitzwilly’s building in downtown Northampton. Brando says it all started when he was DJ-ing for Dance Spree, which describes itself, in part, as “offering each of us the opportunity to free our bodies and minds from the pressures of civilization.”

“I loved the intention of people coming together and taking their shoes and socks off. I loved the self-expression through ecstatic dance,” Brando says, but he had a bigger vision. “I wanted to create something that was a nexus of inspiration. I wanted to see cross pollinations, things spilling over and inspiring people in other ways.”

With the help of fellow ecstatic dancers DJ Jusitin Mannochia and Kay’aleya Hunnybee, he began hosting a separate event once a month at various locations, including the Wildlife Sanctuary, the First Churches, and the Friends Meetinghouse. Eventually, they settled in at Studio 4 at the School for Contemporary Dance and Thought (SCDT) and Pollinate Ecstatic Dance was born.

Ecstatic Dances can be found all over the world. Generally, the evening starts with warm up movements through yoga or other body-centric exercises. Afterwards the music begins and dancers are welcomed and encouraged to stay until the end of the night. There are healthy snacks to keep the body invigorated and cushions and chairs on which to take a rest.  At Pollinate, the evening begins at 9 p.m. and ends at 1 a.m.

There are also strict rules at these dances. Dancers cannot talk to one another on the dance floor, and although they can move however they choose, they must respect themselves and one another. 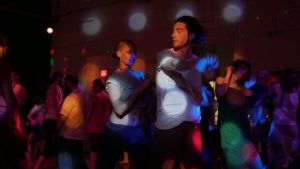 Ecstatic dances are drug and alcohol free spaces, as well, which is a sharp departure from most club scenes where drugs are readily available.

“Pollinate promotes a belief that the energy of ecstatic dance can create an alternative field of energy that’s intoxicating,” Brando says. “Alcohol is not needed, your inhibitions are already being blown open. There’s a different form of intoxication that’s doing a similar thing.”

Pollinate is also committed to creating a safe space. Someone serves as the safety point person at every Pollinate dance. “We have written guidelines for the way people address one another,” Brando says. “It’s definitely a space where we’re putting this as a real value.”

Currently, Brando runs Pollinate with his  business partner Marek Tresnak aka DJ Luminus. Boasting a stellar sound system professional lighting, Brando states, “I want people to have a visual experience and an audio experience that’s clean and crisp with music levels that are not damaging like in some clubs.”

But he says Pollinate is as cool as any club. “We’re hip and fresh. You can get dressed up if you want, it’s definitely got that ‘I’m going out on a Friday night’ feeling. Some spaces are too new age. We’re able to ride a nice bridge between mainstream culture and counterculture.” 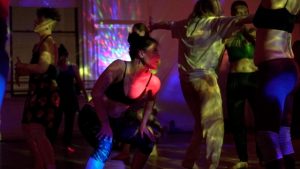 Of the 80 or so dancers that frequent those first Friday dances, Brando says over the 10 years people have met, fallen in love and had children all because of the connections they made at Pollinate.

“There’s something about moving your body and your unique persona comes through,” he says. “And over the ten years Pollinate has become woven into the fabric of the community. It’s a life practice for people rather than just an event they go to. It’s therapeutic, it has become an essential part of people’s lives.”

In the future Brando, who is also the founder of Valley Improvisational Dance and Music (VIDAM), says he would love to do more collaborations with other local organizations. He’s also “curious about seeing how Pollinate can “vibrate towards a level that can … be a base where more people’s voices can be heard,” particularly around conversations around “gender and oppression.”

As for the 10 year anniversary dance, Brando says he’s excited. The whole thing has been a labor of love, but he sees Pollinate as a part of something bigger. “I love creating spaces like Pollinate. It feels deeply satisfying, it feels important, and it feels necessary for our community. And I hope that kind of of ripples out, but rather than celebrating Pollinate, I feel good celebrating the community that makes Pollinate happen.”