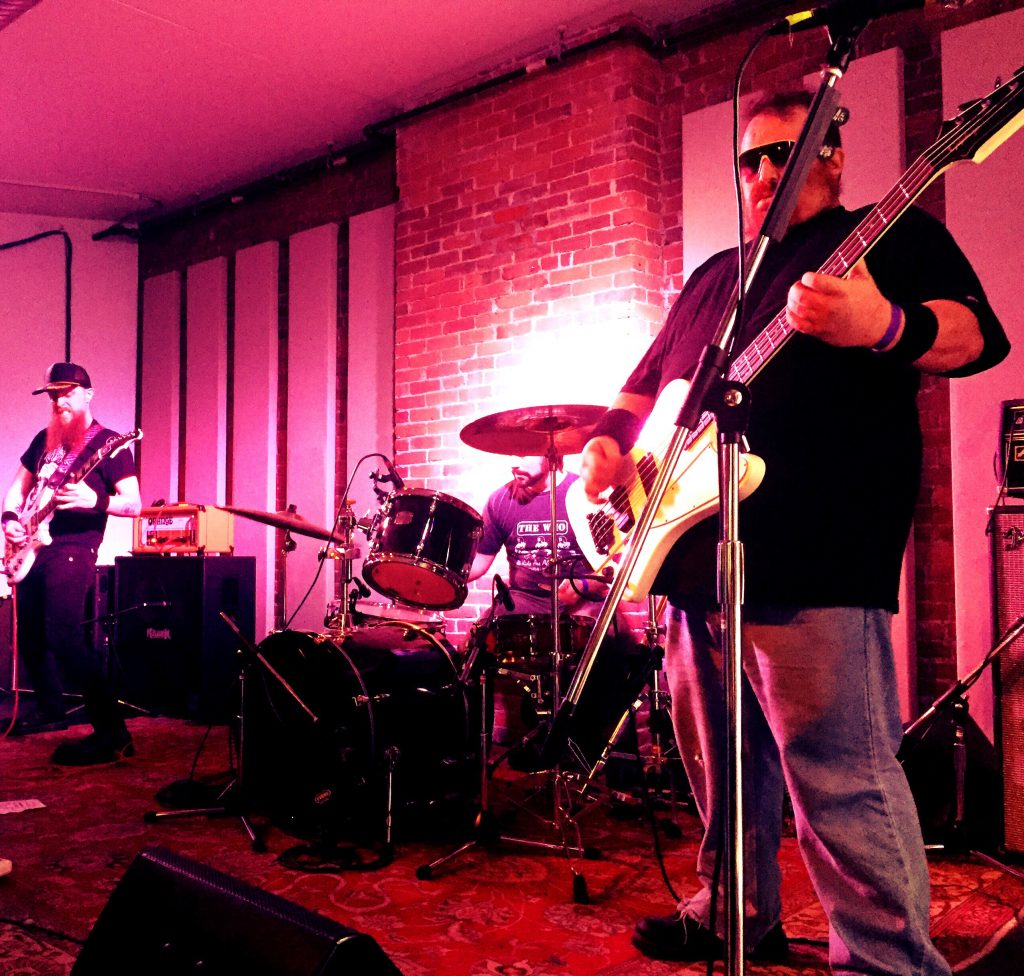 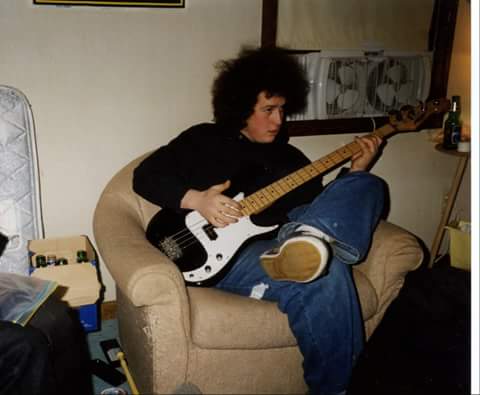 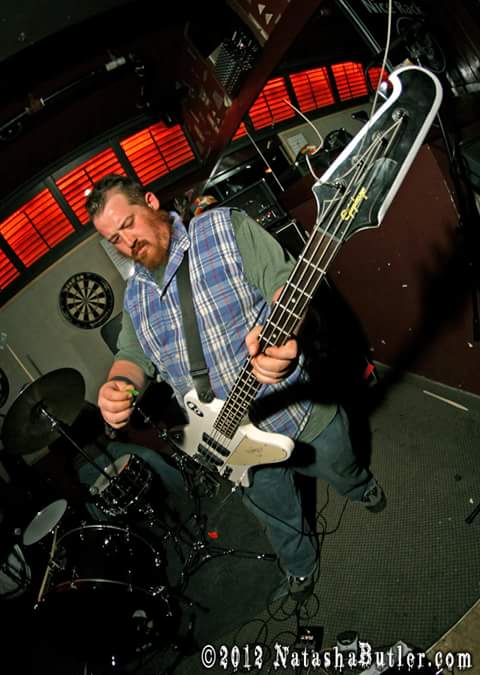 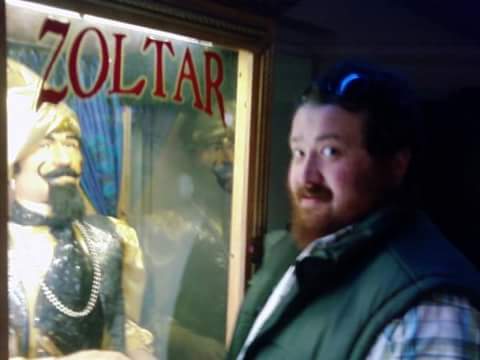 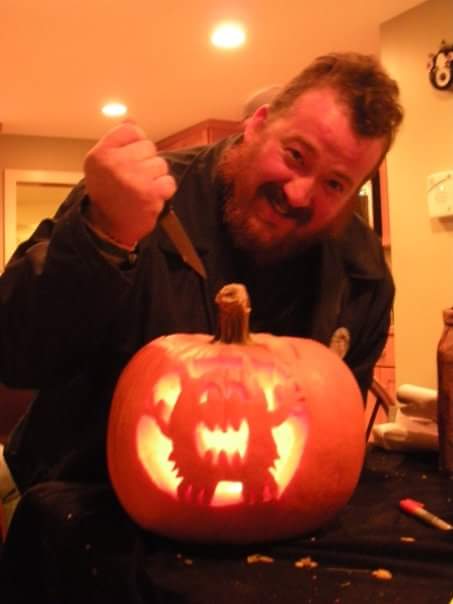 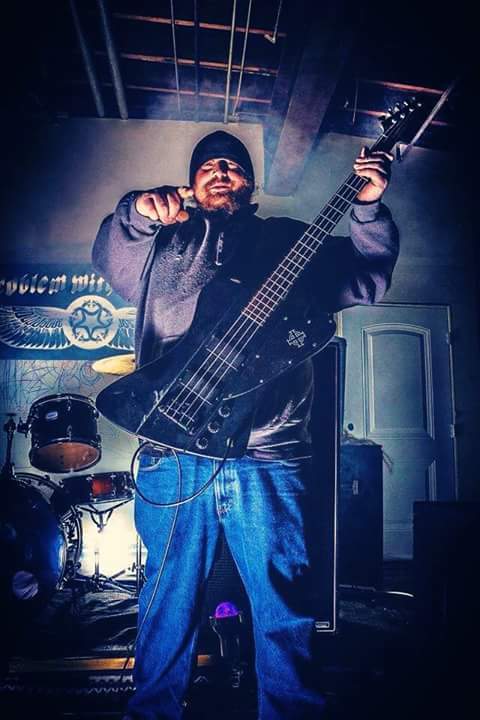 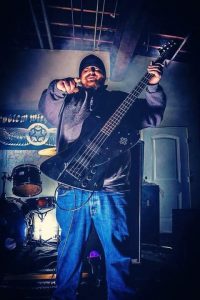 Known as a big-hearted guy, a talented musician, and, sometimes, a gruff-but-lovable curmudgeon, Joe Magrone, bassist for Problem with Dragons, died on May 18 at the age of 38, two weeks shy of his 39th birthday. 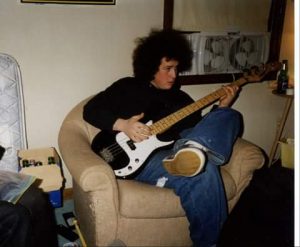 Dave Fournier first met Magrone in 1985, when he went to his sixth birthday party. “He became my best friend for 32 years 347 days,” Fournier said.

Fournier recalled that only days before his death, Magrone had made a lasagna from scratch and given it to Fournier and his family.

“Joey would do this stuff so often; you didn’t think about how special it was that somebody would do that for you,” Fournier said. “But then he would take your last beer and say ‘hey you need beer; this was the last one.’”

In the 1980s and ‘90s, Fournier, Magrone, and the other neighborhood kids went around mountain biking together, playing basketball, and hanging out in the woods. Magrone was a gifted athlete, and seemed to Fournier to excel at everything he touched.

He was also a prankster.

“He loved eating bananas and one of his favorite things when we were young was to throw the banana peels on the ground and then he would walk and slip and fall on the banana just to make us all laugh,” Fournier said.

It was in his teens that Magrone got more serious about music. He initially played guitar, but he took up the bass and then never turned back.

‘He just played it perfectly every time’ 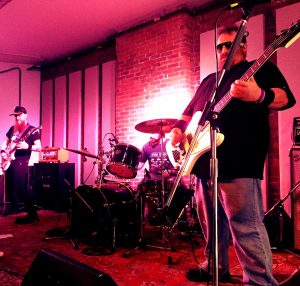 Problem With Dragons during
their performance at Promotorhead
Entertainment’s Stoned To Death II
at Hawks and Reed Performance Center in Greenfield, last year. Photo by Jennifer Levesque

Robert Ives, who formed Problem with Dragons with Magrone in 2007, said he met Magrone through a friend.

“I got to know him because he was hanging out all the time and we partied all the time,” Ives said. “I think I probably even knew him a while before I realized he played bass.”

Magrone joined Ives in a band called Justice League in the early 2000s, and Ives liked how his tempo was excellent.

Problem with Dragons went through a few drummers over the years. The founding drummer, Jeremy Dubs, said it was amazing to work with Magrone.

“He was super tight. I never had to worry about him messing up,” Dubs said. “It was easy to just relax and rock when playing with Joe. He just played it perfectly every time.” 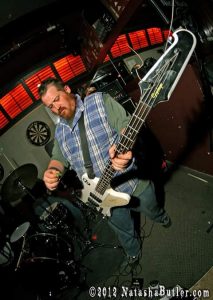 Magrone was a loud player, and Dubs said he had to play hard to keep up with his volume.

“It made it more fun to be in that band,” he said.

Like many, Dubs said Magrone had a tough exterior but he was a loveable guy when you got to know him.

In addition to being a great musician, Dubs counted him as a great and loyal friend. The two of them traveled to the beach, took trips up to New Hampshire, and played pinball together.

“Whenever you spent time with Joe it was always quality time,” Dubs said. “He really cared. He was a sweet person who loved people.”

Magrone and Ives drove tens of thousands of miles together over the past 10 years on tours, and often would work with other bands. Ives recalled that one way Magrone would impress other musicians was to shotgun a 22 ounce beer in one go.

Ives said it was good to have Magrone on tours, but there were drawbacks, too.

“He was a big dude and it was hard to get showers on the road. He snored. He’d plow through all the beer and the weed on the first night of a tour,” Ives said.

A connection to family

As for the snoring, Magrone suffered from narcolepsy and sleep apnea, sleep disorders which Fournier said likely led to his untimely death.
Fournier lived with Magrone for 13 years and said he sometimes worried when he heard Magrone sleep. It sometimes sounded like he was choking. 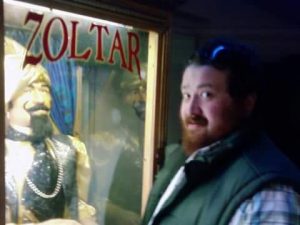 About 10 years ago, Magrone got a sleep machine, with a mask he would put on his face at night. Fournier said it brought Magrone’s energy level back up and allowed him to do much more.

“The joy that was him came back and you could see the glow in him again,” Fournier said. That was around the time he joined Problem with Dragons.

In 2011, Magrone went back to live with his parents because his father became ill with dementia. Fournier said Magrone’s father got to the point where he no longer recognized his son.

The elder Magrone died in 2014, and Joe Magrone remained living with his mother to take care of her.

“He lived for that woman, taking care of everything,” Fournier said. 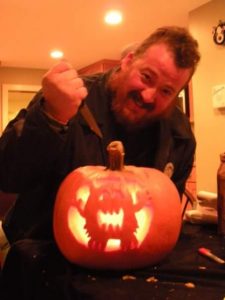 Fournier said Magrone would often show him a flea market knife he called his prize possession, because it was something his mother bought for him.

It was his mother who found him having stopped breathing, according to Fournier.

Fournier said Magrone will be remembered both for his big heart and loving nature, and also his brutal honesty and sarcasm.

“I like to say he’s the sweetest asshole you’ll ever meet. He would give you the shirt off his back just to give you shit about having his shirt,” Fournier said.

Jenn Ramsay, another drummer from Problem with Dragons who played with Magrone for two years said that he would always help out anyone in need that he cared about.

“Once he lets you in, you’re in,” she said. “He would be there in a heartbeat if you were stuck on the side of the road.”

Fournier said there is not information about when services will take place. Ives and others predicted there would be a musical tribute to Magrone coming up soon, possibly on his birthday, which is June 6.