Cinemadope: The deadly ‘crime’ of being black 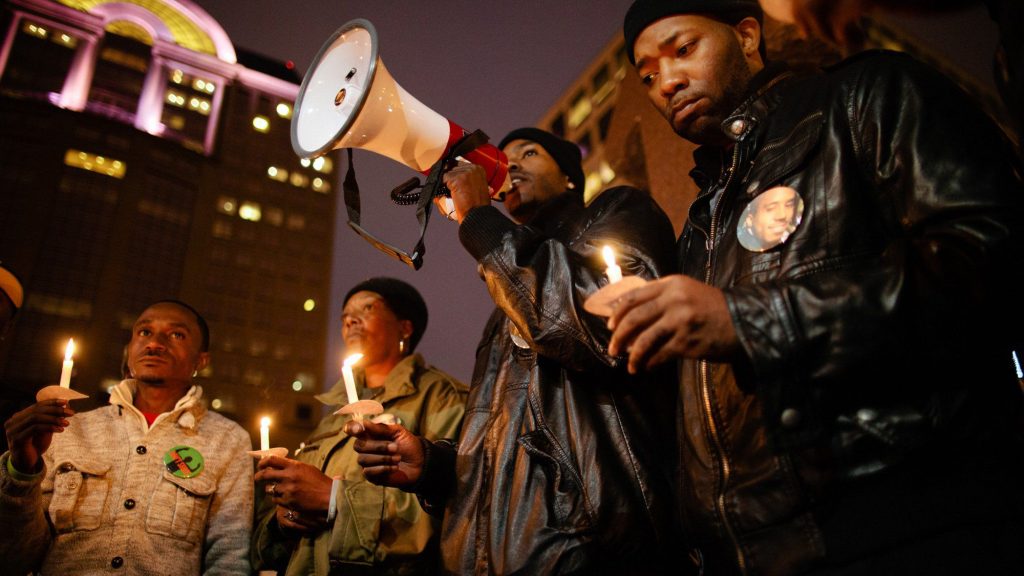 The Blood is at the Doorstep, photo courtesy the filmmakers

Last month, the story of Rashon Nelson and Donte Robinson lit up social media feeds everywhere. Two young black men, they were waiting quietly for a friend at a Philadelphia Starbucks when one of them asked to use the restroom. After an employee refused — they hadn’t ordered anything yet, and the bathroom was for paying customers, the men were told — they returned to their table. Soon after, three police officers arrived and promptly arrested the pair. The outpouring of outrage that followed has led to changes in Starbucks’ corporate policies and a settlement with the city that finds Philadelphia funding a program for young entrepreneurs. But I was also happy to find a simpler detail to their story’s denouement that, sadly, I wasn’t sure I’d get to read: they were alive. 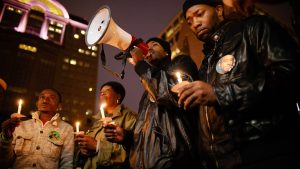 The Blood is at the Doorstep, photo courtesy the filmmakers

You might think that an exaggeration, but it’s not — and with reason. You see, it was only a few years ago that another Starbucks employee called the police about another black man who was minding his own business. Dontre Hamilton was resting in Milwaukee’s popular Red Arrow Park when the cafe employee called to complain about a man sleeping in public; a pair of officers checked on him twice and found that he was doing nothing wrong. A third officer came along after that, and began frisking Hamilton, who resisted. (That officer, Christopher Manney, was later fired in part because of his unwarranted patdown.) There was a short struggle, which ended when Manney fired 14 bullets into Dontre Hamilton, killing him. Although he lost his job, Manney has never faced criminal charges, and was still able to claim a tax-free disability pension that amounted to 75 percent of his salary. The disability cited in his application was post-traumatic stress disorder resulting from the shooting.

Since that day in 2014 the Hamilton family has been tireless in challenging a system that is dangerously stacked against men like Dontre, and in favor of existing power structures. Film director Erik Ljung has been chronicling their journey from mourners to activists. His film The Blood is at the Doorstep, showing this week at American International College in a free, open-to-the-public screening, is an intimate documentary that charts that transformation while also providing a wider look at the institutional injustices that made it necessary.

The Blood is at the Doorstep (exclusive SXSW trailer) from Erik Ljung on Vimeo.

Ljung was living in the neighborhood of the shooting when he first learned of Hamilton’s death; shortly afterward he began going out to the Hamilton family’s rallies with his camera in tow, and before long the urge to bear witness grew into a deeper relationship — Ljung began traveling with the Hamiltons, and was welcomed into their home for more in-depth interviews. But while the film offers remarkable access to a family galvanized by grief and anger, it also gives time to the system, allowing the police a chance to have their say — even if they often seem unable to say the right thing. When Dontre’s older brother Dameion wonders why it took the police nearly half a day to contact the family about the shooting, he says he was told that the cops assumed he would see it on television.

Dameion, Nate, and Dontre’s mother Maria are the beating heart of the film, and all three will be present at the AIC screening to talk about their lives since the death of Dontre. They are changed people: Nate is now a co-founder of the Coalition for Justice, while Maria, searching for something to hang onto during her darkest moments of grief, found strength by connecting with other mothers who had lost children to police shootings. Their group, Mothers for Justice United, comes together for tea and cakes to support each other as nobody else really can. For the rest of us, Ljung’s film is an important reminder that these incidents — in Philly, Milwaukee, or anywhere else — are not new, and that there is still so much that needs to change.