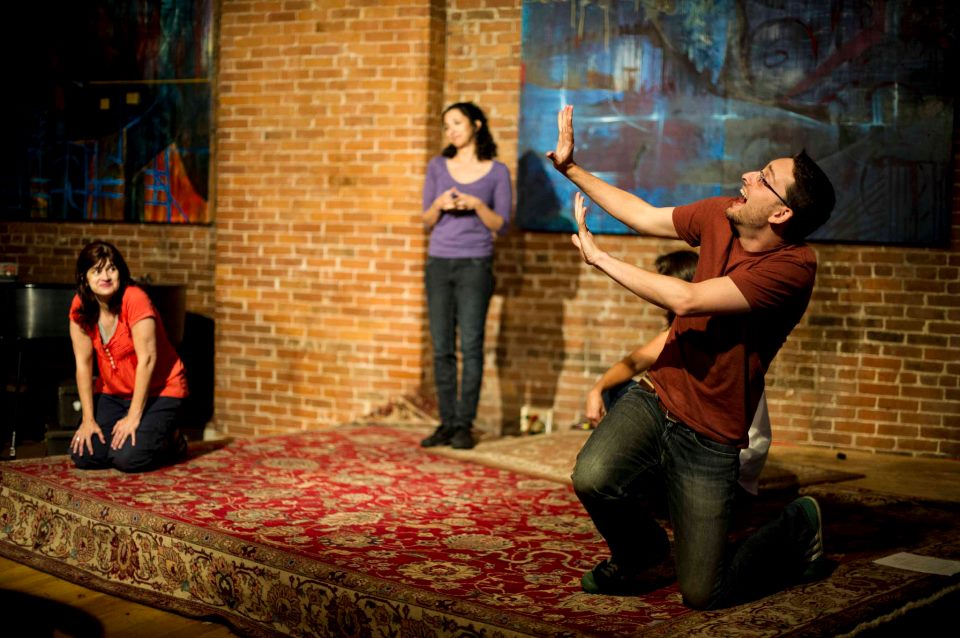 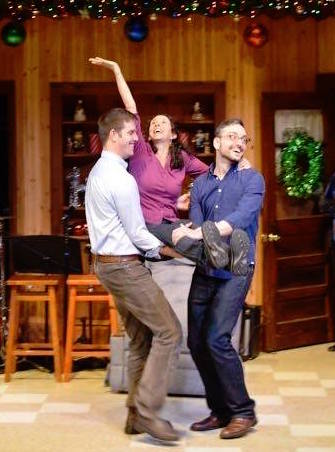 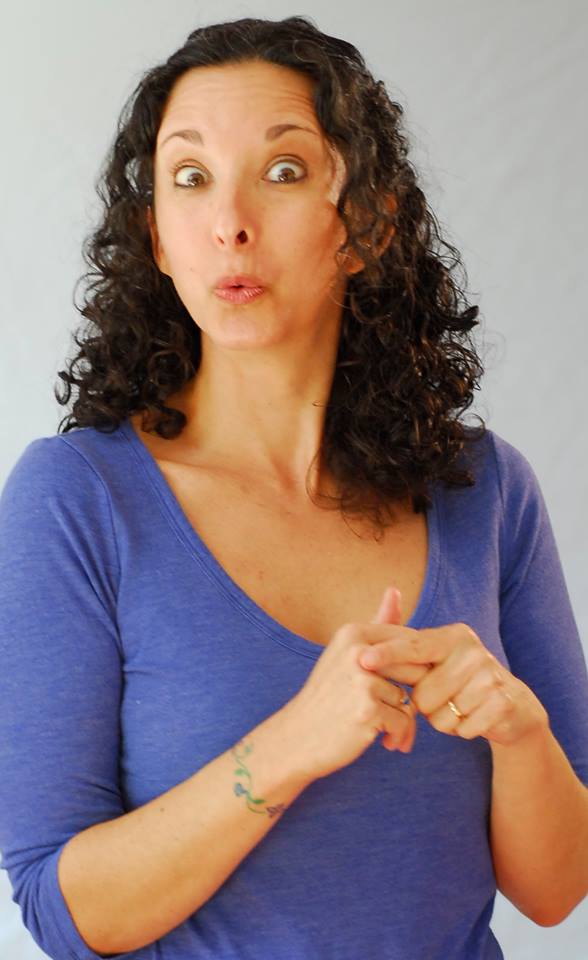 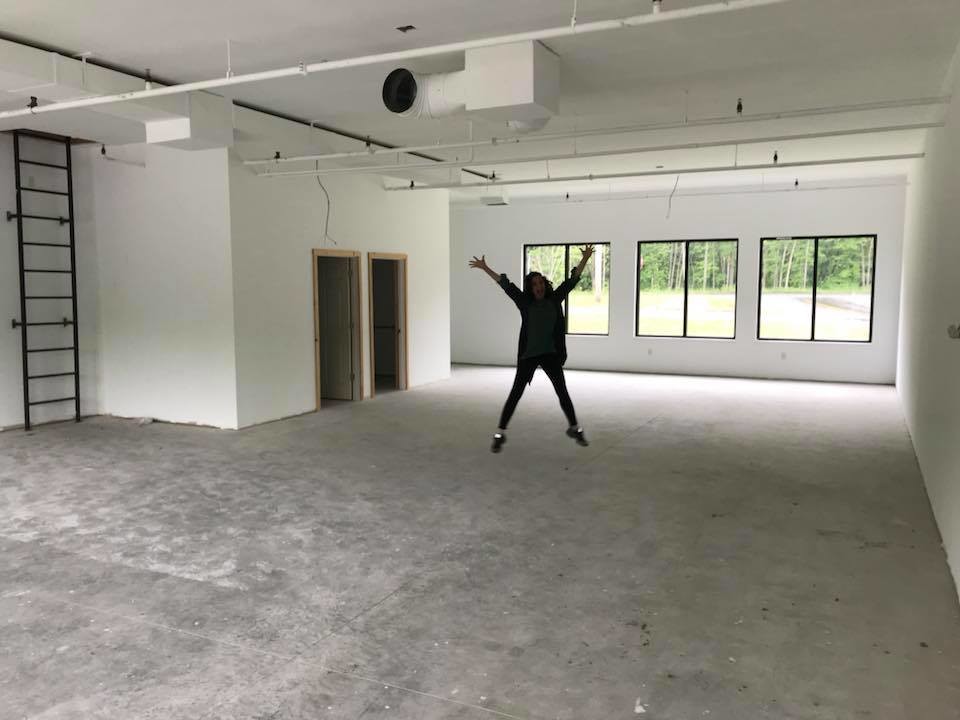 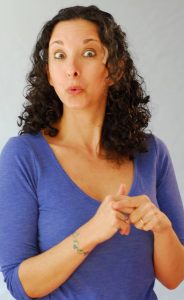 “A dirty vanilla box” is how Pam Victor lovingly describes the new location of Happier Valley Comedy. The 1,300 square foot room at the end of a strip of shops on Route 9, is the culmination of years of comedic toil.

“It’s the first ever improv theater and training center in Western Mass,” she says proudly. And like one of the tenets of improv, Victor says she got there “moving forward forward in positivity one small step at a time.”

Victor has dreamed of having a brick and mortar location for classes and performances for bustling improv business for a long time.  She says she’d drive around and imagine her future location, always considering Hadley to be the perfect town. “It’s the same distance for everyone,” she reasoned.

So when she and business partner Scott Braidman signed the lease on the Route 9 space this month, her dream became a reality.

Pam Victor’s dream started more than 15 years ago when she took a six-week improv class with “a terrific troupe called the Villa Jidiots who performed short form improv occasionally throughout the county and in the backroom of a Chinese restaurant once a month.”  Her passion for flying without a net theatrics led her to form her own improv troupe, known now as the Ha-Ha’s and eventually to Chicago’s iO Theater where she took a five-week class.

“I spent five of the happiest weeks of my life in Chicago only to come back home to continue homeschooling and raising my kids with no prospects in improv,” Victor says. But her passion for improv never waned.

In 2014 her son went off to college and Victor was “out of a job.” That’s when she launched her “‘Can I Make a Living Doing What I Love?’” experiment. “I gave myself one year to make $16,000 through improvisation.”

It was no small task but Victor pressed on and in August of 2015 she founded Happier Valley Comedy, Inc., whose mission is to “bring more laughter, joy, and ease to western Massachusetts (and the world.)” In the same year she co-wrote a book about improv called Improvisation at the Speed of Life: The TJ & Dave Book, with T.J. Jagodowski and Dave Pasquesi.

In 2017 Happier Valley Comedy became a 501(C)3 non-profit which made it eligible for grant funding and this year the organization took part in Valley Gives Day, the online day of giving for nonprofits that took place on May 1.

“We raised $27,000 including offline donations,” Victor says. Donations came from a far-flung network of supporters, from Seattle to London.

Happier Valley currently teaches improv classes seven days a week and produces several shows a month. Victor also has an impressive blog called “Geeking Out With…,” an interview series featuring some of the hottest improvisational comics around.

She also runs The Through Laughter Program which provides interactive, fun, and powerful professional development workshops. Professionally, Victor says, improv is a great team building.  It also provides tools to help business creativity and innovation. And personally? “There are no mistakes in improv, only opportunities. My students tell me it’s cheaper than therapy.”

“Improv is the epitome of mindfulness,” she adds. “You get to spend time in a community of people moving forward together … you also learn to quiet the unhelpful voice of judgement which is powerful personally and professionally.”

Victor plans on opening the studio on June 25, an on August 12, Victor will facilitate “F*ck Your Fear & Trust Your Truth,” a personal growth workshop for all who identify as women. It’s a three-hour workshop designed “to help women find their authentic voices.”  It’s just the beginning, however; Victor’s plans for Happier Valley’s new location at 1 Mill Valley Road includes  hosting business retreats, teaching stand up storytelling classes, and building a 70 seat theater for performances.

“There is so much we don’t know about building a theater,” Victor writes, but like every step in her journey she’s ready to move forward one step at a time.