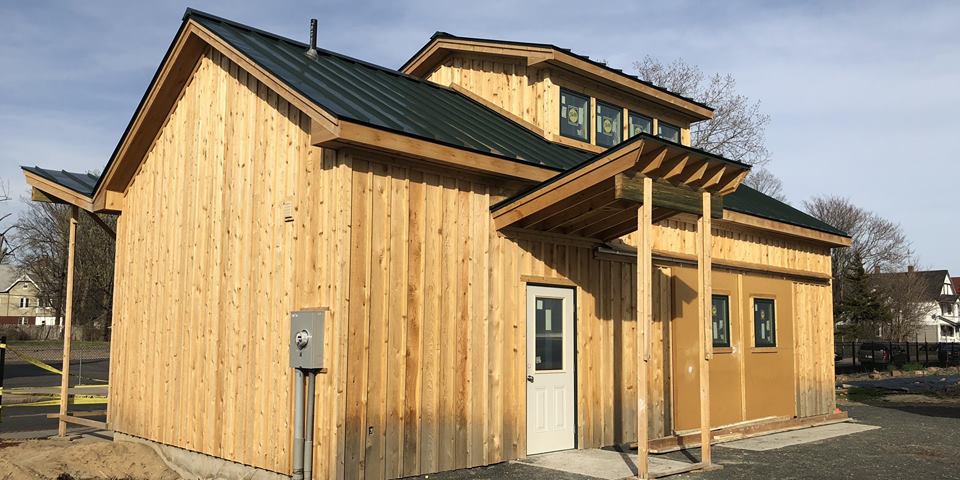 Springfield-based nonprofit, Gardening the Community, which practices urban gardening in the Mason Square neighborhood and hosts programs teaching youth about urban agriculture, will host a grand opening for its first ever farm stand at 200 Walnut Street this Saturday, June 2 from 10 a.m. to 12 p.m.

Ibrahim Ali, co-director for youth and programs with Gardening the Community, told the Valley Advocate the farm stand has been four years in the making and will offer fresh seasonal produce at affordable prices to local area residents. 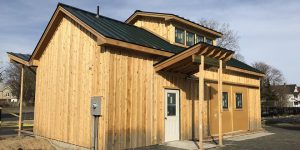 The farm stand during its construction phase. Facebook photo

“People will begin to have an option for getting healthy food in the neighborhood,” he said. “So, as far as that’s concerned, it’s a 100 percent difference from what it was before the farm stand was built … It’s very crucial that we have culturally appropriate healthy food that’s not pesticide-based and is going to reflect the tastes of people in the neighborhood. Having this as an option is crucial.”

Ali said he thinks the farm stand would be greatly beneficial to people living not only in the Mason Square section of Springfield, but across the city. There’s a lack of access to fresh and healthy produce across Springfield.

Meanwhile, there’s a plethora of fast food restaurants and convenient stores in areas of the city where there aren’t any grocery stores, farmers markets, or farm stands.

“There’s no healthy pesticide-free option in the neighborhood,” he said. “In order to get that on your plate you’d have to travel a little bit.”

But without reliable transportation, that can prove difficult for many people living in the Mason Square area and other sections of the city, he explained.

Ali said the farm stand will have seasonal spring and summer produce such as hot peppers, Caribbean greens, sweet potatoes, onions, and nutrient dense tomatoes, which are grown at three different urban farm sites in the city at 256 Hancock Street, 200 Walnut Street, and a community garden managed by the organization at 488 Central Street. Produce from local farms in western Massachusetts are also featured at the stand such as fresh fruits.

“I’ve been running the organization along with other folks for eight to nine years now and I think if there was a trajectory, this would be the high point of my tenure as director,” Ali said. “It’s a very challenging situation. We’ve never done anything like this before. But I think we slowly worked with people in the area; we’ve consulted people, and had a very open process about how this was going to take place. It’s overdue in the sense that we needed a stationary place that we could count on being functional.”

As for the future, Ali hopes that the farm stand would serve as an incubator for people to sell locally made products and envisions the location as a community-oriented space with classes and cooking workshops.

The farm stand celebration will include festivities with food at 10 a.m. on Saturday, June 2, followed by a brief program at 10:30 a.m. as well as farm tours, children’s activities, and blueberry bush planting, according to the Facebook event page. Community members are also invited to help with farm project from 12 to 2 p.m.

For more information about Gardening the Community visit www.gtcspringfield.org or call 413-693-5340.