The Beerhunter’s guide to the 2018 Western Mass Beer Week 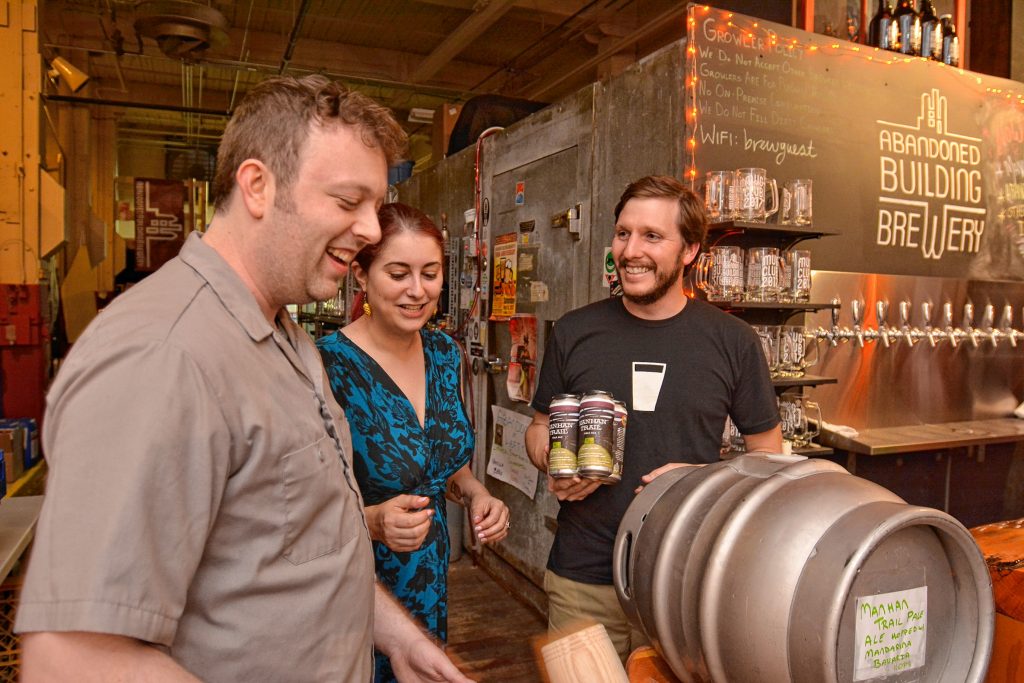 Raise a glass across the Valley (and throughout the Berkshires, too!) as the third annual Western Mass Beer Week rolls in this month. The eight-day celebration of local craft beer — which runs June 9 to 16 — is jam-packed with limited releases, special collaborations, beer dinners, cask tappings, and local products at breweries, bars, and restaurants across Franklin, Hampshire, Hampden, and Berkshire counties. 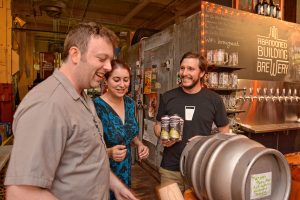 Typically, we might say that the third time’s the charm. But Western Mass Beer Week was a hit from day one, and the field has only diversified since then. In 2016, by my count, 35 businesses participated. In 2017, more than 50 businesses got involved.

This year, 60 breweries, restaurants, bars, package stories, and other businesses are showing off the locally-made stuff that makes us proud. It’s all bookended by the Berkshire Beer Fest in Pittsfield on June 9 and the Worthy Craft Beer Showcase in Springfield on June 16.

These days are packed, so plan wisely, and consume responsibly. Stay up to date on Facebook, or visit westernmassbeerweek.org for a full listing of events (some of which are ticketed).Until then, here’s my rapid-fire summary of Beer Week destinations:

Every night during Western Mass Beer Week, Taphouse Grille in West Springfield will offer a special menu of beer and food pairings from 4-9 p.m., with details announced daily on Facebook. Belly of the Beast in Northampton will carry Artifact Cider Project on tap and in cans all week, with a special visit on Thursday from the cidery’s co-founders, who will bring some limited-release bottles to sample. Bistro 63 in Amherst will pour $5 local drafts from noon to 9 p.m. daily. And in Millers Falls, Element Brewing & Distilling will pull some bottles from their “vintage library” — some dating all the way back to 2012 — for a special tasting each day.

Ludlow Brew Run: Four-mile run from 1-4 p.m. starts and ends at Iron Duke Brewing, where runners will get their first post-run beer for free. Registration required.

Beer Release: Abandoned at Lefty’s: Easthampton’s Abandoned Building Brewery and Greenfield’s Lefty’s Brewing Company have joined forces on an imperial stout with notes of oak, coffee, chocolate, and vanilla. Sold on tap and in cans at Abandoned Building starting at noon.

Strawberry Festival: Outlook Farm Brewery in Westhampton offers beer and barbecue in the taproom from noon to 3 p.m., with music from the Standing Bear Band at 1 p.m.

Beer Through the Ages: New City Brewery in Easthampton hosts a TED-style talk by Jordana Starr of Beerology about the complex and crazy history of beer. $5 cover; 8-10 p.m.

Oysters and Oyster Beer: Amherst Coffee serves fresh oysters from Berkshire Seafood along with a new saison brewed with oysters by Bear and Bramble Brewing. 5-9 p.m.

Jane Doe 16 Release: This collaboration between Drunken Rabbit Brewing, Jute Town Brewing, and Amherst Brewing is the newest in Amherst Brewing’s experimental hoppy series. They release this double IPA — conditioned on strawberry and pineapple puree — at 11:30 p.m. at the Hangar Pub and Grill in Amherst. The beer will be on tap at all Hangar locations (with limited cans available) and at Smith Billiards in Springfield.

No Fun Sour IPA Beer Release: Bright Ideas Brewing’s limited-release New England-style sour is a collaboration with Hermit Thrush Brewery and Four Star Farms. Tasting at the North Adams taproom serves as a pre-concert party for The Decemberists, who play next door at MASS MoCA the same night. 1-8 p.m.

Jessica Release: Jessica is a variation on Amherst Brewing’s flagship IPA Jess, and is brewed exclusively for Beer Week. Released at 11:30 p.m. at the Hangar Pub and Grill in Amherst, and on tap at all Hangar locations (with limited cans available).

The Brewery Comedy Tour: The Taproom in Hadley presents a night of beer, wine, spirits, and stand-up. Tickets required; 7:30-9:30 p.m.

My Beershake Brings All MA Friends to Da Yard: The Foundry in Northampton presents a special menu of “beershakes,” including Orange Sorbet with IPA, chocolate ice cream with local stout, and more, in collaboration with Herrell’s in Northampton. Noon to 11 p.m.