Activists protest ICE office in Springfield in response to 1,500 lost in ICE custody 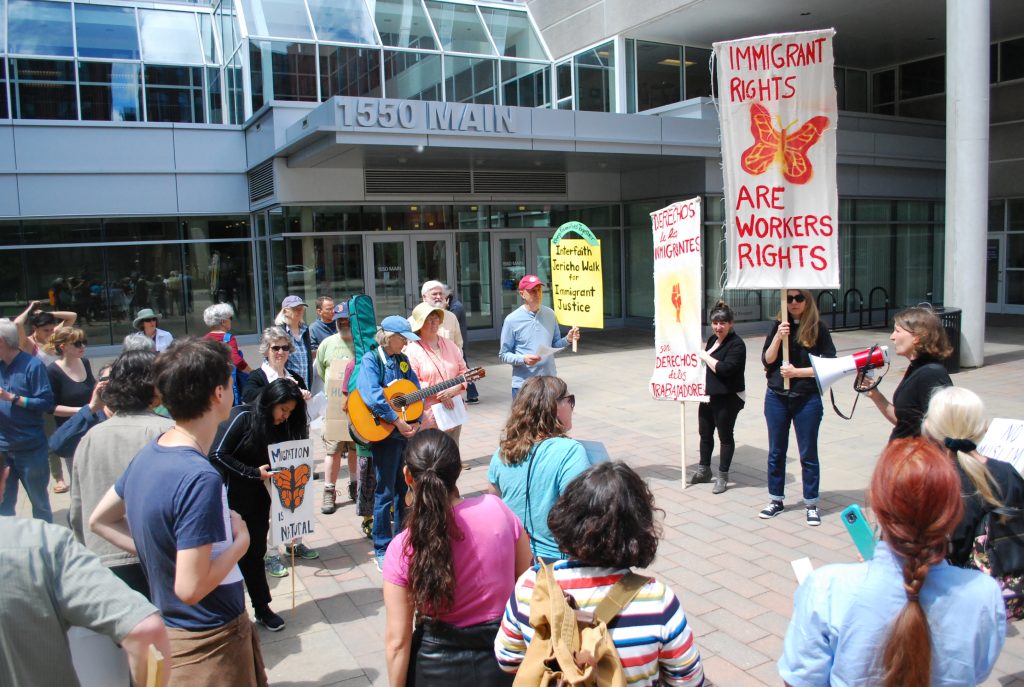 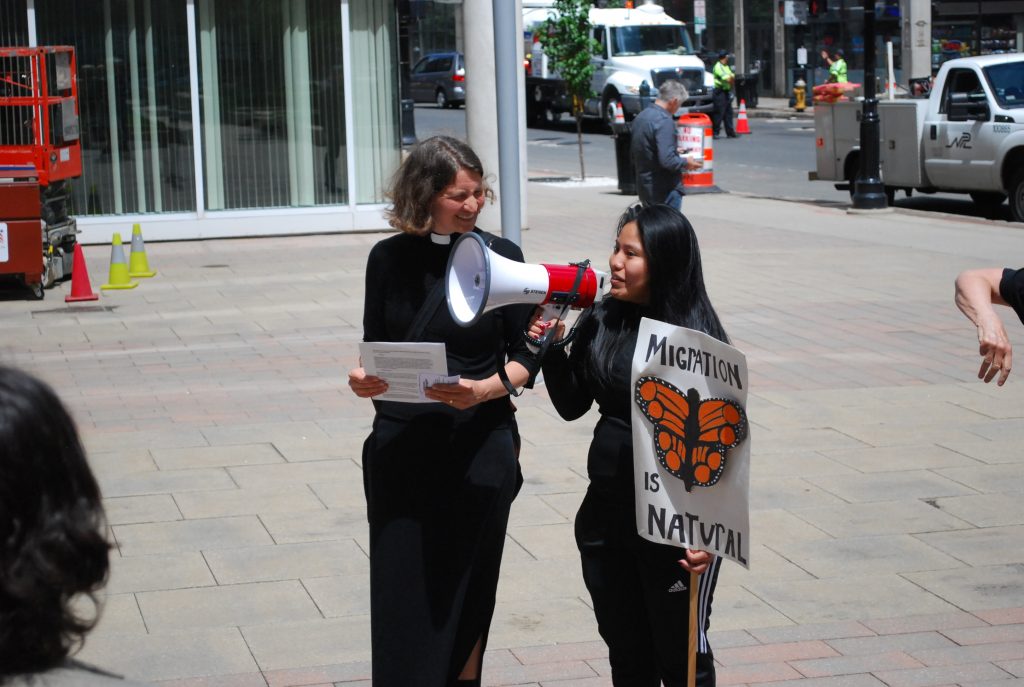 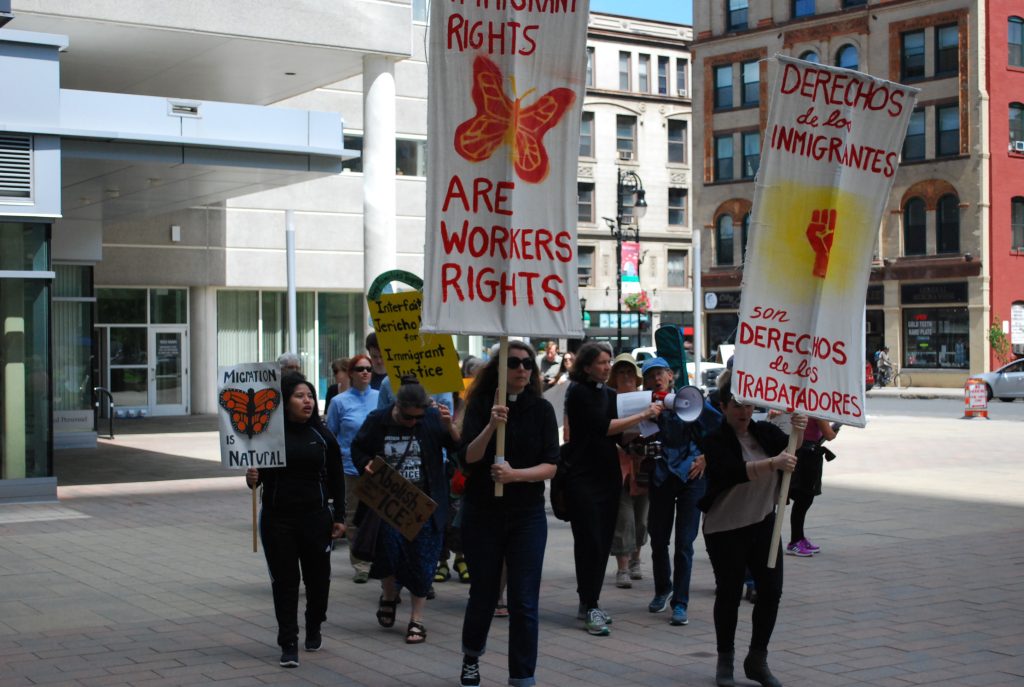 A group of more than 30 activists affiliated with the Pioneer Valley Workers Center and Mass Jobs with Justice protested outside the U.S. Immigration and Customs Enforcement (ICE) Office at 1550 Main St. in Springfield on June 6 in response to children being separated from their parents through deportation.

The group marched seven times around the building, an action known as a Jericho Walk, which is inspired by the Biblical tradition of Joshua to bring the walls of divide and injustice tumbling down, according to a press release from the Pioneer Valley Workers Center.

Margaret Sawyer, a lead organizer with the Pioneer Valley Workers Center and a reverend with the United Church of Christ, said the Jericho Walk is inspired by New York’s sanctuary movement, which has a weekly Jericho Walk in front of Immigration Offices in New York City. 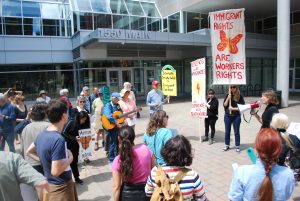 Sawyer (right) leads the begging of the rally at 1550 Main St. in Springfield. Photo by Chris Goudreau

“They bring together clergy and concerned activists to call for immigrant rights,” she said.

Sawyer told the Valley Advocate last year 12 fathers who were undocumented immigrants living in the Pioneer Valley were deported.

“All of those parents are just scrapping bye,” she said. “It’s really hard to be a single mom … People are regularly being deported away from their families in Western Mass and around the country. We know of some families where the parents came and then the children joined them later and those parents are now facing criminal prosecution for what [ICE] is saying is criminal trafficking of their own children, which is a form of violence against families.”

The interfaith Jericho Walk was partially in response to nearly 1,500 immigrant children who were separated from their families whose whereabouts are unknown to ICE officials, which outraged people across the country when the national news story broke in late May.

“It’s a reminder of the terrible things throughout history that have been allowed by good citizens throughout different countries,” he said. “I do think that the inhumane treatment of children and mothers and fathers at the border is a reflection of the worst that we have to offer as a country. At the same time, I see a movement of the best that we have to offer as a country. But what I see is a lack of leadership. Republicans control the three houses of government and they’ve become the party of Trump and I think what we’ve seen at the border is a policy based on intolerance, hate, and xenophobia as opposed to fact.”

Holadaliz Borrayes, an 18-year-old student at the High School of Commerce in Springfield was born in the country but has parents who are immigrants. She declined to specify if her parents were undocumented. 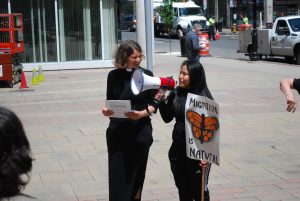 “They make these decisions just to give their children a better life,” she said. “As a daughter, I saw how my dad and mom suffered a lot to just give me a better life … The criminals are the people separating children from their families at the border.”

Protesters also marched in silence for Roxana Hernandez, a transwoman who died in an ICE detention center in late May, and 16-year-old Claudia Patricia Gomez Gonzalez, an undocumented Guatemalan immigrant who was killed on May 23 by border patrol officers while crossing the border into Texas.