Cinemadope: A filmmaker becomes part of an immigrant’s harrowing journey 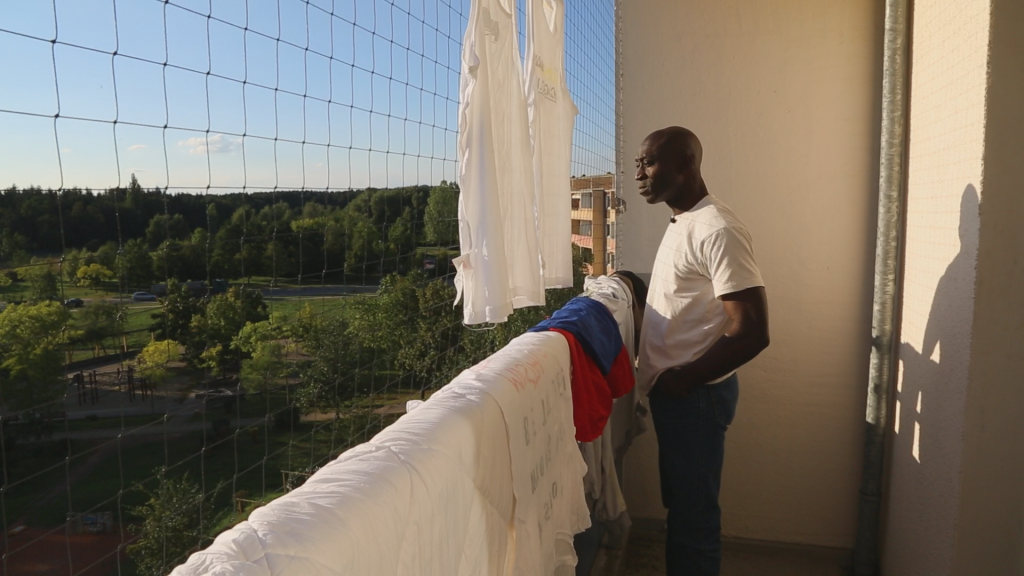 Open a newspaper, turn on your television, scroll through your Facebook feed: it won’t be long before you’re face to face with the ongoing discussion of the state of immigration in America. To be sure, the current resident of the White House — whose policies have broadened the debate into a referendum on more basic human rights — has made it an issue that can’t be ignored. But for all the heat generated by the ongoing arguments, it’s likely that many of us, however strongly we might feel about the issue, don’t have a lot of close experience with immigration.

That experience is what makes When Paul Came Over the Sea, a new documentary from Berlin-born director Jakob Preuss, so different. Showing at Amherst Cinema as part of the theater’s New Films From Germany series, Preuss’ film, which began in 2011 as an exploration of Europe’s borderlands, was transformed when the director crossed paths with Paul, a Cameroonian migrant trying to find his way to Europe. The result is a documentary that finds its lens pointing in both directions, as the director is forced to come to terms with his own sense of responsibility.

Teaser_”When Paul came over the Sea” by Jakob Preuss from Weydemann Bros. on Vimeo.

It was 2014 when Preuss met Paul Nkamani, who at that point was living in the forests near the Moroccan city of Nador. To get there, Nkamani had already crossed the Sahara. Biding his time while waiting for the right moment to attempt a Mediterranean crossing, Nkamani connects briefly with Preuss before making a journey to Spain aboard an inflatable rubber boat. Preuss, trying to see the issue from both sides, visits with Spanish police and rides along on a Portuguese patrol vessel in the Mediterranean.

Paul, meanwhile, makes the two-day crossing — but it is a harrowing journey. Of the 50-plus people on the boat with him, half perish in the sea. In Spain, he is sent to an island prison that serves as an immigration detention center, and later released to a Red Cross shelter in Granada. With southern Europe in the midst of an economic crisis, Paul decides to push on to Germany — Cameroon’s former colonizing power.

And there, Preuss finds himself facing a deeply personal decision: should he remain the detached documentarian, or should he use the tools at his disposal as a citizen to help Paul try to build a better life for himself? For Preuss, who also holds a law degree from the Sorbonne and lectures on migration, the friendship has been enlightening personally and politically. “At film school they teach you to maintain a distance from your protagonists,” says Preuss. “Maybe it’s a stroke of luck that I never studied at one.”

Also starting on Sunday is a four-week film festival that is a part of the Culture in the Cold War: East German Art, Music, and Film program taking place across the UMass Amherst campus (some screenings will also take place at Amherst Cinema). Kicking things off is the U.S. premiere of Dusk: 1950s East Berlin Bohemia. Peter Voigt’s 1993 film is a remembrance of the artists and other avant-garde creatives who gathered at the Ganymed restaurant in East Berlin. Voigt, himself a member of that midcentury scene, gathers up his old friends to face the camera and talk about the days of their youth. For a full schedule of the festival offerings, head to cultureinthecoldwar.com.