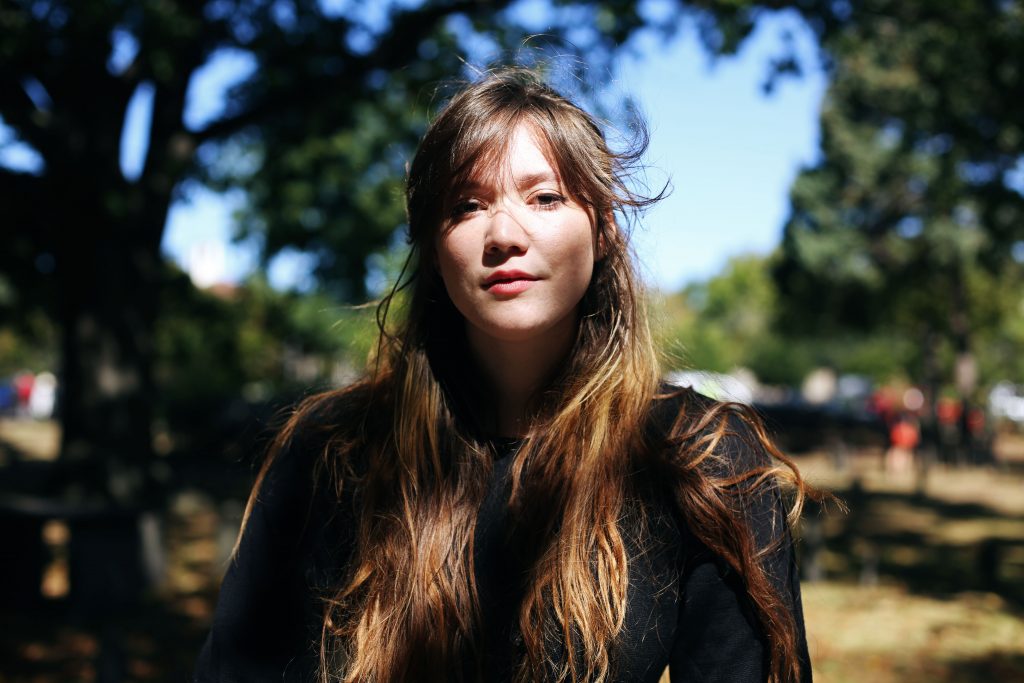 Wendy Eisenberg has made a name for herself in the amalgamated DIY, jazz, and improvisation scenes in New England and beyond. Coming via Rochester and then Boston, Eisenberg now lives in Amherst. 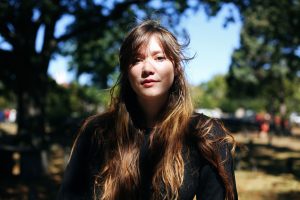 Eisenberg has a variety of tactics in her artist’s toolbox. Among them are songwriter, teacher, improvisor, session musician, and heady writer on musical theory. She has played with the likes of the alto-saxophonist-and-jack-of-all-trades John Zorn and many others, and even sountracked for scientific profiles at MIT. According to her website she “uses the language of free jazz, new music, extreme metal and art song.”

Personally, I was most familiar with her art song solo set, which she has played on the house show circuit locally, as well as her disbanded Boston rock quartet Birthing Hips. But Youtube is an easy place to find some genius improvised sets, too.

Eisenberg’s April 2017 release, Time Machine, on HEC tapes, is chock full of intricately crafted and counterintuitively catchy pop gems. Eisenberg’s guitar playing can be airy at times, but also jagged and notey, calm yet frantically fleeting, in the same song. As sharp as her masterful guitar playing is her wit. Eisenberg’s lyrics — and even her banter during shows — can cut deep. On the single-like track, Postal Man, Eisenberg sings “where are you going sexy postal man?” before conceding “I admire what admires me.” In the vein of of early aughts indie is the track Oval, plush with psychey organ before cascading into a web of thorny scales.

I couldn’t help compare Wendy’s songs to Brattleboro songwriter Chris Weisman, whose minimalist four-track recordings have earned him a cult-following. He’s one of those artists for whom everyone that ever got into him bought a four-track and made a breathtaking solo record of their own. When I bring up Weisman to Eisenberg, she kinda smiled and shrugged, explaining that the two of them had talked about it and although they have similar sounds, they approach structure differently — implying that she isn’t treading too closely.

In my kitchen for a kinda interview — over tea and gluten-free avocado toast using the bread she happened to have in her car — Eisenberg told me a bit about her musical journey: how she ended up here. She moved to Western Mass as a sort of self-imposed exile, as she tells it. Inspired by the “beautiful trees and wonderful improvisers” in the area, Eisenberg set up shop to dig into her craft and “really do the work.” In her words, she just wants “to be a good person and make very complicated music.”

Will Meyer writes the Advocate’s bimonthly Basemental column. You can contact him at willinabucket@gmail.com