The state’s Supreme Judicial Court did an extreme disservice to voters this week, taking away the potential to vote on the popular “Fair Share Amendment,” which would have created a 4 percent tax on the wealthy and used the money for education and transportation funding. 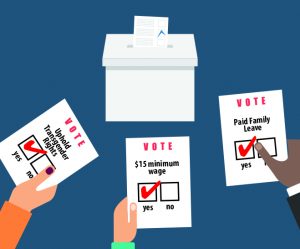 Rather than let the voters decide, the court stripped the provision off the ballot on a technicality, basically stating that the wording might confuse voters because they were voting on a new tax and how to use it.

Forgive me for being skeptical, and for my dismay that powerful corporate interests and their high-priced lawyers were able to sway our state’s highest court on such a fundamental democratic issue — the right of voters to make decisions.

In taking this measure out of the running of those to be considered to be placed on this year’s ballot, the justices in their 5-2 decision are acting on a clause meant to protect voters from confusion. This simple ballot question has been discussed at length in the news media and by candidates running for office hoping for more money for schools and infrastructure. Voters don’t need to be protected in this case — they need the ability to make a decision and spur on a recalcitrant Legislature, which left the question to a citizen petition rather than enacting a legislative petition.

The actual phrase in Article 48 of the State Constitution, which the justices cite, reads that a ballot measure is only valid if it “contains only subjects … which are related or which are mutually dependent.” The relation here is in the very name of the bill — the “Fair Share Amendment.” The straightforward concept is that those at the top of the income scale must pay their fair share to support our schools and infrastructure, which are available to all.

This is not two ideas, but one — correcting the harms of wealth inequality. 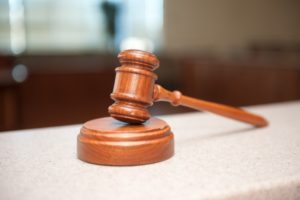 The court has weighed the relatedness requirement as recently as last session in looking at the ballot petition to legalize recreational marijuana. In that case, the court ruled correctly that though the law had several parts — licensing businesses for marijuana sale, allowing for taxation, implementing safety measures — they were all related.

And so they should have in this case. The intent of the initiative is to establish this tax, and then to assure the money isn’t frittered away on expenditures that only benefit the very few or spending programs that benefit the wealthy.

The money to spend on education and transportation wouldn’t be there if the tax were not put in place — sounds like “mutually dependent” subjects to me.

The poorly-written decision devotes four pages to arguing that the word “or” in the above phrase doesn’t actually mean “or,” but “and.”

Later on, the justices conjure up imaginary voters who only support education or transportation, saying that perhaps a voter with school aged children who doesn’t have a car or use public transportation would be opposed to the infrastructure spending. Or that a person with no children would oppose education, but want the transportation spending.

This is an initiative that puts the wealth uselessly concentrated at the top of the income scale to work funding public institutions like the roads and the schools that are available to all. What this imaginary voter argument fails to register is that the law is not about a specific expenditure for a specific school or road, but a way to make the very wealthiest pay their fair share.

Greg Saulmon of The Republican newspaper in Springfield put together a great map from data showing where and how many people would be affected by the millionaire’s tax, and it is a very small minority of people: the top 1/4 of one percent. And the tax seems modest — 4 percent on income in excess of one million dollars.

Analysts predict that this modest tax on the wealthy can raise between $1.6 and $2.2 billion much-needed dollars for education.

But that is not going to happen, at least for several years. As a result of the Supreme Judicial Court’s decision, the Fair Share Amendment will not be able to be on the ballot for at least another four years, according to Raise Up Massachusetts, which has spent the past three years gathering signatures and lobbying the Legislature to put the measure on the ballot.

Massachusetts’ state Constitution currently mandates a flat tax for income, so a graduated tax as is proposed by the fair share amendment can only be passed by ballot question. Such a measure has to be passed by the Legislature in two consecutive legislative sessions, as the Fair Share Amendment was.

Jason Lewis, D-Winchester, has said he plans to reintroduce the identical bill as a legislative ballot initiative, which means it would not be subject to the Supreme Judicial Court’s decision, which was based on provisions of the citizens’ petition. Currently, it looks like Lewis’s version of the Fair Share Amendment wouldn’t be on the ballot until 2022 at the earliest due to the requirement of having to be passed by two consecutive legislative sessions.

In the meantime, Raise Up Massachusetts has two more questions that could show up on the ballot — one which would raise the state minimum wage to $15 per hour, and another that would establish paid family and medical leave in the state.

Now more than ever it is important to pass those two measures to help struggling Massachusetts residents.