Bizarro Briefs: Keep Your Eyes Off The Road 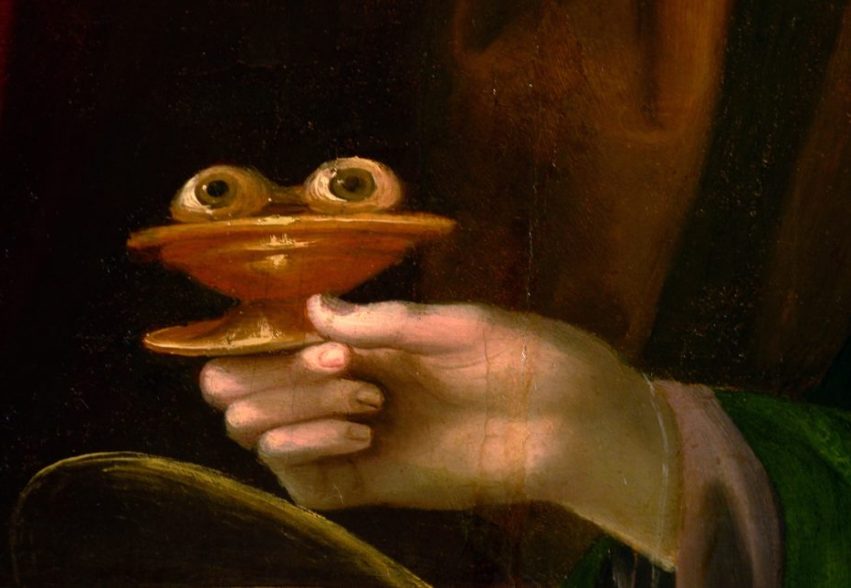 Keep your eyes off the road

A county coroner in Kentucky has been accused of working with at least two others — a retired police colonel and a current state police trooper — of illegally transporting a number of items. The most serious appeared to be $40,000 worth of illegally obtained weapons and ammunition, but the most eye-popping was a literal pair of eyeballs. Prosecutors allege the coroner, who is running to be re-elected as Coroner in Kentucky, took the peepers from the Kentucky Eye Bank and was going to transport them to West Virginia for personal profit. Now he might have to keep an eye out for another job. 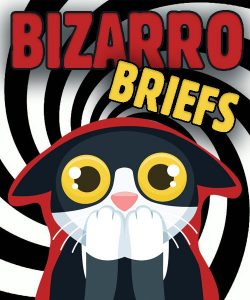 Why did the caterpillar cross the road?

A DOT sign on a 2 mile stretch of road in Maine cautioned drivers about slippery conditions. Not because of rain but rather due to the abundance of migrating caterpillars. The alert remained online until it was changed to “the caterpillar incident… has been cleared.” Experts warned that caterpillars begin to wander as the oak trees in the area become defoliated. “The road is stained yellow from cars squashing them, the air stinks, and apparently the road is slippery enough to warrant a DOT warning when it rains,” one Facebook poster said. “I’ve never seen anything like it and I assume it can only be a sign of end times.”

When the cops hand you lemons…

In recent years, kids selling libations from lemonade stands have been getting heat for not having proper permits. In Maryland, for instance, fines for permitless lemonade stands have reached a ridiculous $500. Country Time Lemonade, however, is having none of it. The company has created a team to help pay fines and permits for kids who want to run their own lemonade stands. And in the spirit of the drink’s name, they’re calling their initiative Legal-Ade. The group will cover fees up to $300 for stands that were fined in 2017 or 2018 or for permits bought this year. “Life doesn’t always give you lemons, but when it does, you should be able to make and share lemonade with the neighborhood without legal implications,” Legal-Ade says on its website. “That’s why we’re here to take a stand for lemonade stands across the nation.”

Drinking and driving is a bad idea, but drinking and sticking your head in a tailpipe is also a bad idea. A Minnesota woman determined she could fit her head in by a vehicle’s large exhaust pipe. She was correct, but the pipe wasn’t big enough to get her head out. It’s estimated she spent almost an hour inside the pipe and said she was finally rescued when firefighters used a power saw to dismantle the exhaust. Although she was unharmed by her close encounter, the McLeod County Sheriff’s Office cited her for underage drinking. She was escorted from the festival once she was freed, but her exhausting experience lives on thanks to a video posted on Facebook, which has been viewed more than 2.3 million times.

A Florida man was arrested this week after asking a sheriff’s office to test his drugs, authorities said. “The suspect said he believed because of the ‘violent reaction’ he had after smoking the drug, he was sold the wrong narcotic,” the sheriff’s office explained in a Facebook post. Deputies said the man made the request because he wanted to “press charges” against the person who sold him the “wrong narcotic.” The sheriff’s office said deputies told the man they could test the drug if he went to the sheriff’s office. He followed their advice and after testing, authorities determined the sample was, in fact, meth. The man was then arrested and charged with possession of methamphetamine. Surprise.

Good luck with that

A passenger on a Chinese flight threw coins into a plane engine in an apparent attempt to bring about good luck. The 80-year-old passenger reportedly made the offering to the China Southern aircraft’s huge engine when boarding the plane. “After an investigation the involved passengers admitted to police she had thrown the coins as she prayed for safety.” According to her neighbor, the woman is a Buddhist. Although only one of the handful of coins made it into the engine, engineers had to assess the possible damage and 150 passengers were evacuated for several hours. Five hours later, the flight was cleared to continue its journey.

Recreational use of marijuana will become legal in Vermont on July 1, but police say two employees of the Inn at Shelburne Farms in Vermont got sick from eating some marijuana laced sweet treats left behind by guests. One employee was lying in the parking lot when police arrived. They were taken to the hospital and have since been released. The edibles resembled malted milk balls, it’s been reported. The inn’s spokeswoman says that any food left behind is not to be consumed by staff and that the inn’s training programs will be reviewed with employees. Police are asking that people who possess edibles keep them secure. No charges will be filed against the guests.

A cat named Achilles has predicted the future, according to Russia’s state-owned Tass news agency. Ahead of the World Cup game, the cat used its allegedly supernatural powers by choosing between two bowls of cat food, picking the one marked with the three colors of the Russian flag. The game against Saudi Arabia ended with Russia winning 5 to 0. In 2007, the cat also predicted three out of four matches in the soccer FIFA Confederations Cup.

Police officers in southern Spain arrested five suspects at a traffic stop after officers found vehicles loaded with more than 8,000 pounds of stolen oranges. The suspects were stopped when police became suspicious of the vehicles driving in a convoy at night. Photos of the vehicles show cars and vans stuffed to the brim with oranges.

A 19th century California ghost town located in the scenic Inyo Mountains outside Lone Pine, California could be yours for the low low price of $925,000! The 300 acre town was once home to the mining community of Cerro Gordo and includes 22 structures such as an abandoned hotel, church, saloon, and superintendent’s house. What would you do with a ghost town from the 1800s? Some people have proposed turning it into a theme park or a marijuana town.

Scottish Salmon Farms produces more than 160,000 tons of salmon every year and the fish are fed pellets of fishmeal, fish oil, and a combination of grains, soy, vitamins, and poultry byproducts. Nothing says fresh and quality fish like zesty poultry byproducts! A Scottish firm has a new innovative idea of creating more health conscious fish food – using waste products from Scotland’s whisky industry. A new start-up called MiAlgae plans to turn this waste into Omegra-3 rich microalge, which can be used to farm salmon, most likely a better byproduct alternative.