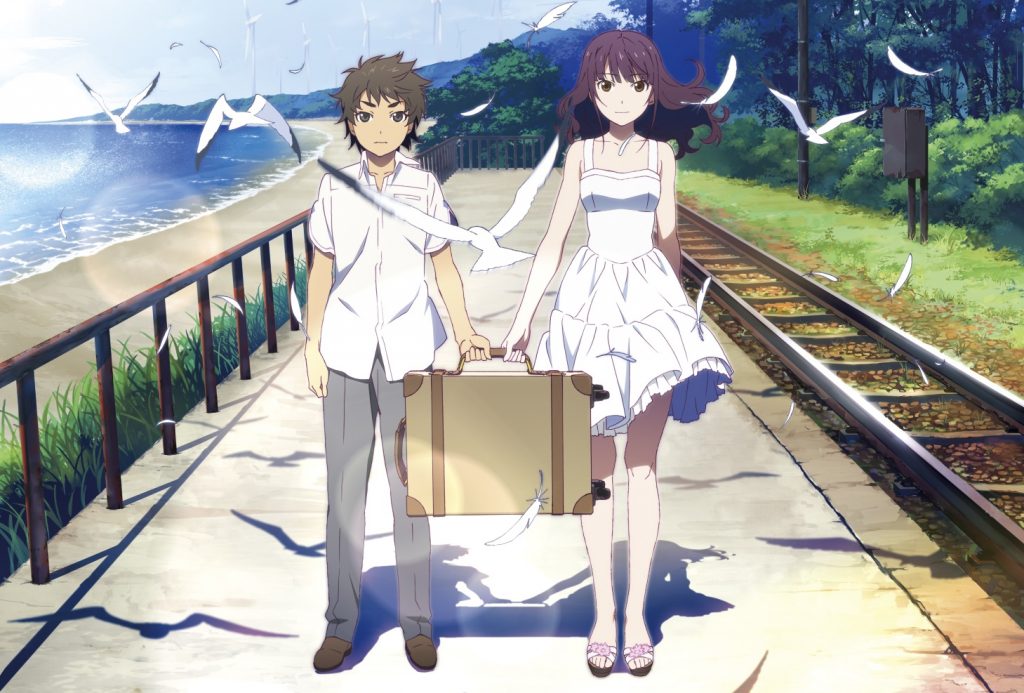 It’s finally getting into the full swing of summer here in the Valley — the asparagus festival has come and gone, the colleges have mostly emptied out, and keeping up with the yard work is beginning to turn  downright Sisyphean. If you find yourself longing for a little getaway, who could blame you? If a return to the simple pleasures of a cartoon-soaked youth sounds enticing, Valley theaters have you covered in the coming weeks. Find a hot day and a cold soda, and play a little hooky.

Tying into the spirit of summer holidays is the Japanese animated film Fireworks, which will come to Hadley’s Cinemark for three screenings on either side of the July 4th celebration. Like the 2016 film Your Name (also from Fireworks’ producer Genki Kawamura), this new film is a teen romance blended with a bit of sci-fi and fantasy. In it, young friends Norimichi and Yusuke both have strong feelings for Nazuna, but have yet to turn emotion into action. With time running out — Nazuna’s mother plans to remarry and move the family away from town — Norimichi discovers that a mysterious orb of Nazuna’s has the power to reverse time. But if it seems at first like a perfect means to a second chance, all soon discover that resetting the clock comes with its own problems.

If you’ve ever been young and in love (or thought you were), Fireworks will likely tap into some part of you that has survived from that time. It is, like summer itself, a time when we so often wish we could freeze a moment, and let the rest of the world rush past while we savor our idyll.

While the animated Pixar hit Incredibles 2 has had no shortage of screenings, it gets a special sensory friendly show in West Springfield this week, hosted by the Easthampton-based Autism Connections group. With sound lowered and lights left on during the screening, the experience is a gentler one for those who struggle with the often overwhelming impact — even a cartoon can pack in a whole lot of sound and fury — of today’s films. Tickets are just $5.00, but registration is required; the show is limited to the first 100 to sign up by calling (413) 529-2428, x 115.

And at Amherst Cinema, the 1968 classic Yellow Submarine returns for a Wednesday evening show as part of the cinema’s Sound and Vision series, which invites filmgoers to “tune in, turn on, and get down” to an eclectic mix of concert movies and other musically connected fare. And as hard as it may be to fathom, George Dunning’s G-rated Beatles movie turns 50 this year. As part of the celebration, a 4k restoration is on tour, giving a new generation of music lovers the chance to see what all the fuss was about back in their (grand?) parents’ day.

And finally, it wouldn’t be summer without a trip to the Northfield Drive-In. Now in its 70th year, the cash-only Northfield is an institution, serving up double-headers every Friday through Sunday. While you’ll need to check their current schedule to see what’s playing — Incredibles 2 is a coming attraction — they generally have the big hits of the day; this season has already seen Solo, Infinity War, and a bunch of other blockbusters come and go. Don’t miss your chance to experience it this summer.