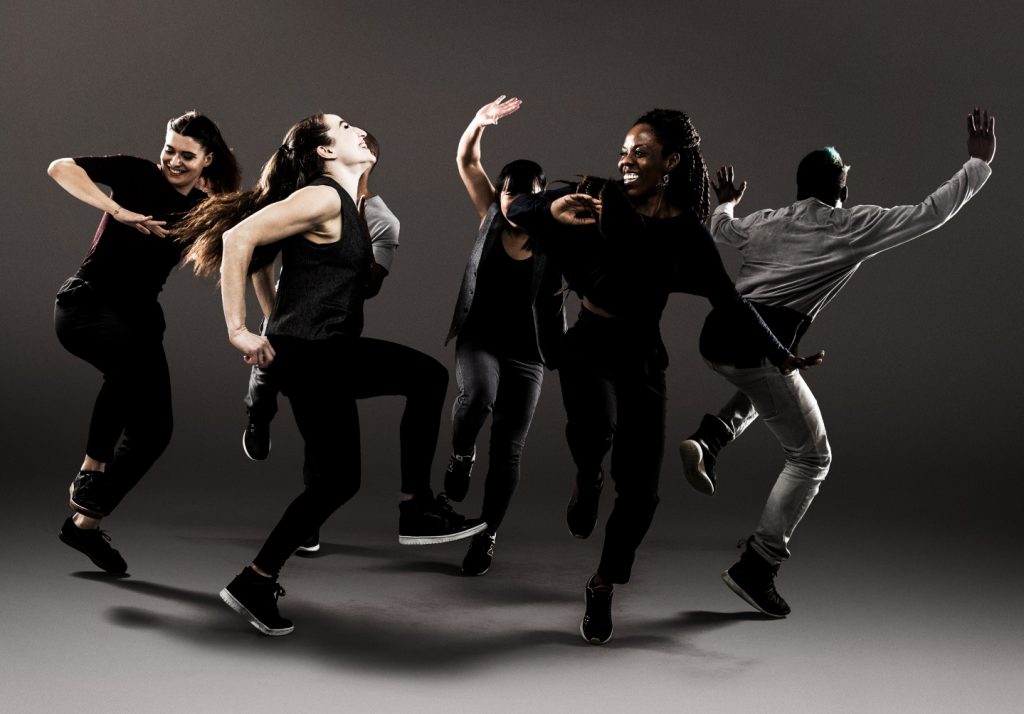 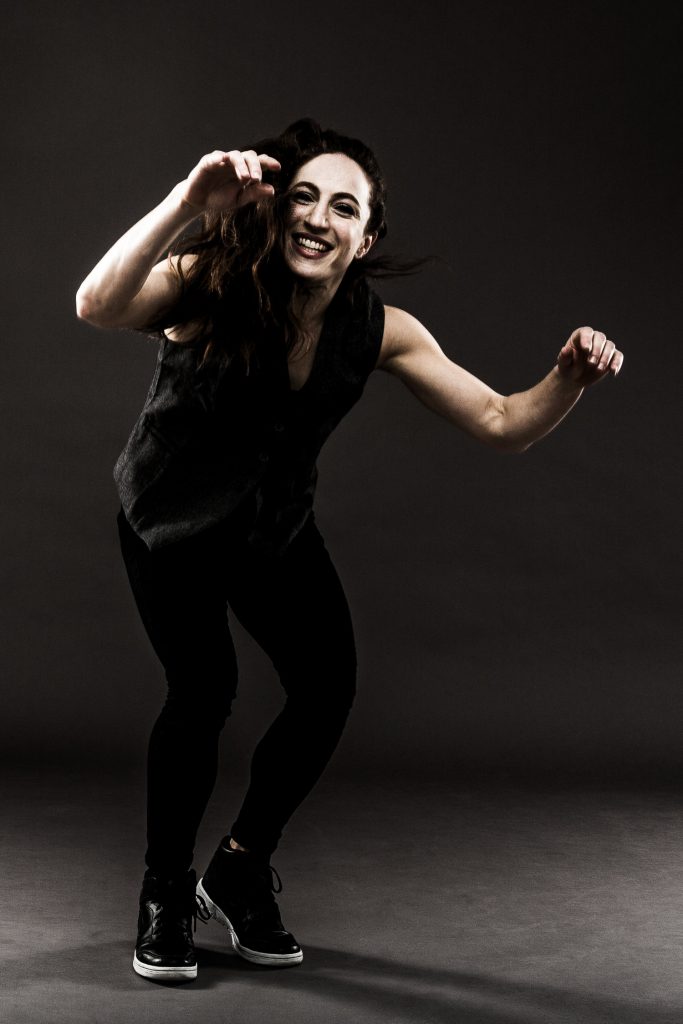 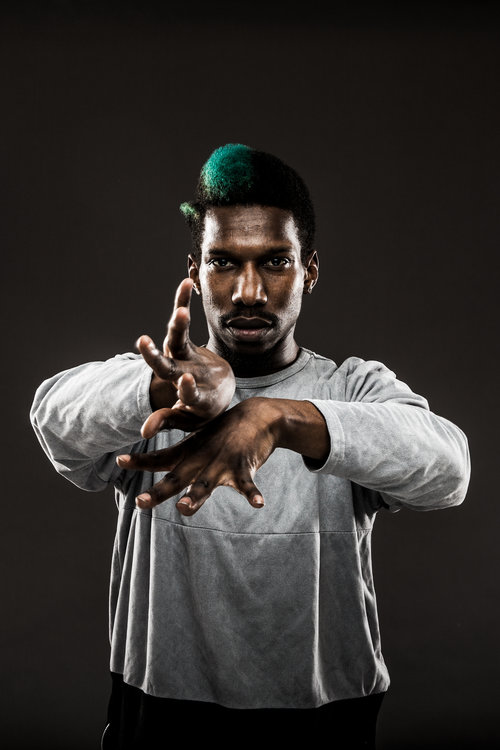 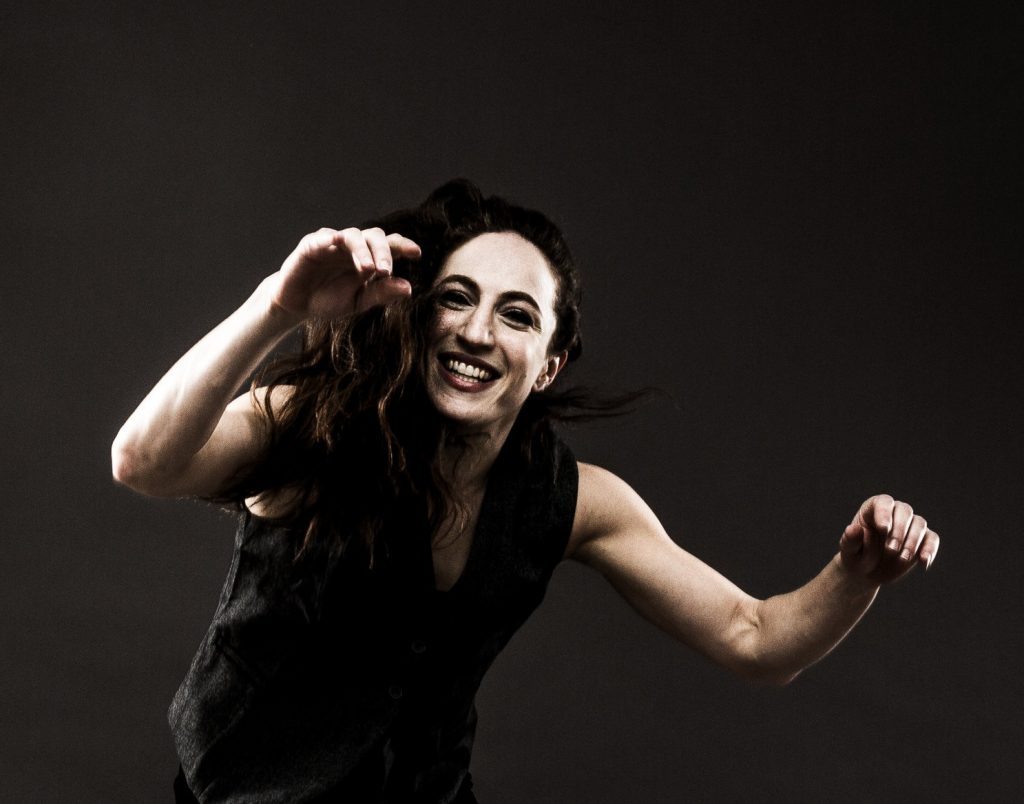 The dance companies that opened this year’s season at Jacob’s Pillow epitomize the festival’s enduring mission. This week the mainstage hosts Pilobolus, one of the pillars of modern dance and still innovating after 45 years. And in the Pillow’s intimate Doris Duke Theatre, Ephrat Asherie Dance exemplifies the festival’s ongoing commitment to stylistic and thematic boundary-pushing.

Both shows run through Sunday July 1st. I was at opening night for the world premiere of Ephrat “Bounce” Asherie’s new work, Odeon. It’s the latest expression of her distinctive synthesis of hip-hop moves with modern-dance technique and balletic precision. Asherie trained in ballet and modern, but she was also drawn to the hip-hop club scene’s break dancing and house music. Rather than segregate her passions, she combined them.

The program quotes Asherie’s description of her aim: “creating a new movement language that combines the rawness of underground styles such as breaking, house, hip hop and vogue with a contemporary dance aesthetic.” The result is unique, audacious, and thrilling. 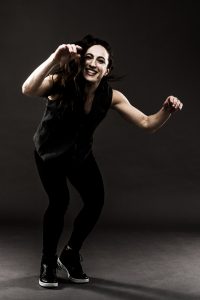 It’s tradition-defying in another way, too, demolishing the outdated notion that “girls can’t break.” Five of the seven dancers in her international, multiethnic crew (Asherie herself is Israeli) are women. It’s no coincidence that she has collaborated in the past with tap master Michelle Dorrance, who has likewise made women equal partners in a form long dominated by men, while exploring tap’s own hybrid roots and possibilities. (Dorrance and her company return to the Pillow in July.)

The hour-long Odeon (the word originally meant “song”) incorporates four musicians, including Asherie’s brother Ehud, a jazz pianist who like his sister is steeped in tradition and dedicated to innovation. He’s joined by double-bassist Eduardo Belo and percussionists Ranjan Ramchandani and Sergio Krakowski, the latter a virtuoso of the pandeiro, the Brazilian tambourine, who gives a whole new meaning to that humble instrument.

The music employs the works of early-20th-century Brazilian composer Ernesto Nazareth – an appropriate choice. Classically trained, he infused the sounds and rhythms of Afro-Brazilian social dance and choro music into his own hybrid style. The spirit (and sometimes the steps) of samba add a third element to the show’s eclecticism.

For me, the most exhilarating thing about the show is the fluid interaction of both the dancers and the styles they embody. Solos meld into duos, which merge into groups, and within those groups individual expression moves freely in and out of unison passages. A spirit of joyful exuberance pervades the piece, a playfully kinetic coming together of distinctive personalities within a structure of synchrony and surprise.

There’s an equally organic dynamic between the dancers and the musicians. They are not simply accompanists, but full participants, their rhythms and textures feeding off the movement as much as the moves float on the music. At one point the percussionists take center stage for an instrumental break, as the dancers watch in admiration – an inventive instance of the hip-hop cypher, in which soloists take turns showing their stuff within a supportive circle.

“Supportive” could be said of most of the program. There’s little sign of the competitive juices that fuel a lot of rap and breaking, but rather a spirit of cooperation and partnership. One exception is a disturbing passage – perhaps a commentary on that kind of macho contest – in which two women battle against two other women and, in the end, kill them.

A few stylistic “wow” moments stand out: Asherie’s break-dance head stands and shoulder spins, performed almost in slow motion to a romantic musical underscore, dissolving into modern-dance-style floor moves. Ousmane Wiles’ masterful solo of vogueing hand movements, rigorously precise and eye-poppingly fast. Manon Bal and Matthew “Megawatt” West beginning the show with a hand-clapping exchange that builds to syncopation and then into polyrhythms – a rhythmic strategy that reappears throughout the piece, often created by the dancers themselves.

The Duke Theatre’s bare stage is even barer than usual. The black backdrop has been removed to reveal the building’s back wall with its massive barn doors – a visual contrast to the auditorium’s clean-edged modernity, perhaps intended as a metaphor for Asherie’s own fusion of rough-hewn street dance with more refined traditions.