Wellness: Harnessing the Power of Communication 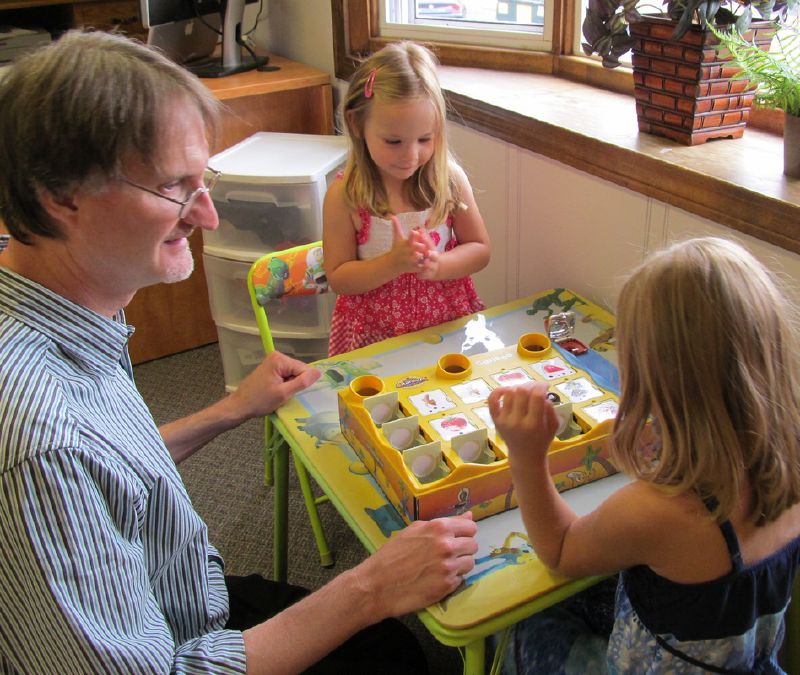 The goal of speech-language pathology is to give patients back the power of communication, which can be empowering not only for adults, but for children as well.

“They’re incredibly empowered,” said Rick Carpenter, a Northampton-based speech-language pathologist who has been treating children ages 2 to 10 years old for the past 26 years. “Contrary to that, when you don’t have that ability it creates anxiety and ultimately a feeling of defeat because you have no ability to control what’s going on around you. It’s a real human need that I would like to empower people to reach.”

Speech-language pathology has grown to encompass all aspects of human communication, whether it’s working with a child who has a speech disorder or an adult who’s suffered a stroke and is re-learning how to speak or eat, he said.

“The muscles in the vocal tract are also involved with eating,” he said. “So if a person has a difficulty like that, for instance from a stroke, oftentimes a speech therapist will be helping them with eating. For a large portion of people with disabilities who have a limited means to communicate vocally, speech therapists are involved with augmentative and alternative communication.”

Helping people articulate words, improve their speech or vocabulary, and navigate social interactions to carry on a conversation are just some of the work that a speech pathologist might do in a given day, he said.

Learning how to keep a conversation going is often a skill that he develops with children who are autistic, he said.

“A big challenge for people with autism is to use language to carry on a conversation and to understand another person’s perspective,” he said.

The tools for helping children with speech disorders are a combination of high and low tech options such as a trace board or an iPad, Carpenter said.

“When my kiddos come they have this trace board because a lot of them couldn’t say something like, ‘a blender’ or ‘a toaster,’” he said. “For children who have difficulties communicating verbally, this gives them an alternate way of communicating a toy choice and also provides them a learning opportunity for them to be able to learn the vocabulary.”

On the iPad, the device speaks the words connected with pictures, which is important not just for children, but for adults with down syndrome who might have difficulties communicating. Carpenter said with an iPad that person could have an easier time ordering from a restaurant menu.

Typical speech problems that Carpenter encounters are related to autism, but there are also conditions such as down syndrome, cerebral palsy, and hearing loss that factor into one’s ability to communicate, he said.

Sarah Weirich is a resident of Amherst with a 7-year-old son named Tristan, who is on the autism spectrum and also has delayed speech. She said her son has felt empowered after a year of working with Carpenter.

“He’s been able to have all these new tools and ways of communicating to just express himself,” Weirich said.

When someone overcomes a roadblock with their speech, language, or articulation, that’s always a personally rewarding experience for Carpenter.

He said he’s working with an 8-year-old child with autism who has a small vocabulary who enjoys swinging. His mother set up a large swing in their living room and attached it to the ceiling.

“He has a board like this where he’ll ask to swing, he’ll ask for different hand puppets to be involved,” Carpenter said. “Watching him, he is so happy and so connected with his mother because he’s doing something that he enjoys, but he’s doing it with someone else who’s also enjoying it. To me, that totally warms my heart to see that a child now has a feeling of social connection.”