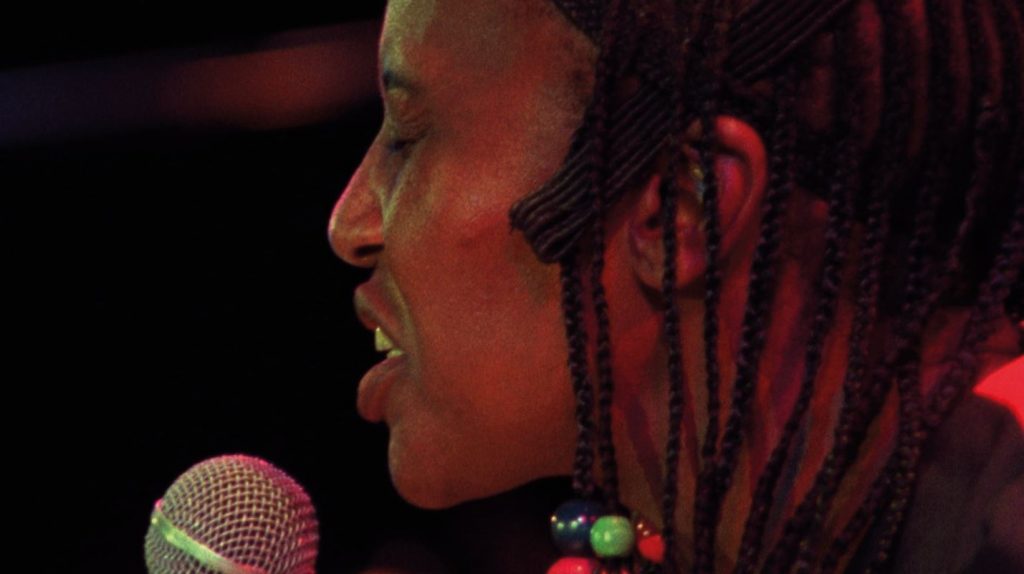 When the world lost Miriam Makeba in 2008, we lost a great musical and political voice. The first African musician to become a solid international star, her powerful singing crossed national divides without ever losing touch with her South African roots — no mean feat, as she was banished from the country early in life, after starring in the 1959 documentary Come Back Africa, which turned a bright light on the harsh reality of apartheid.

Her remarkable life, often lived on the road, is the subject of Mama Africa: Miriam Makeba, a 2011 documentary from Finnish filmmaker Mika Kaurismäki. Makeba sang for JFK, married Black Power leader Stokely Carmichael, and was a mother and grandmother. But it may be that the people she affected most in the world were those she never met — the untold millions who were strengthened, comforted, or emboldened by her tireless campaigning for social justice. She died as she lived, collapsing after a show in Italy, where she had gone to perform in a benefit concert. Kaurismäki traces Makeba’s path using rare archive footage of her interviews, performances, and more, crafting a portrait of a woman who is still inspiring people today.

Also at Amherst is Vincent Van Gogh: A New Way of Seeing, an award-winning documentary from director David Bickerstaff. A cinematic overview of Van Gogh’s masterpieces that pairs close-up looks at his paintings with dramatic recreations and intimate details drawn from the artist’s letters to his brother Theo. Added insight comes from the curatorial staff of the Van Gogh Museum in Amsterdam, which gave Bickerstaff unprecedented access to its collection.

And finally this week: if you can’t bear the thought of a dark theater on a bright summer’s day, there is no shortage of outdoor screenings in the Valley. Easthampton’s Millside Park gets things going on July 14 at dusk with a screening of Despicable Me 3. The latest in the cartoon franchise stars Steve Carell and Kristin Wiig as former villain Gru and his wife Lucy, dealing with a sudden job loss and a villainous child actor. A few days later in Northampton, the Forbes Library lawn will host the earlier-postponed show of Casablanca that got rained out last month. The new screening will be July 18 at sundown; play it again never sounded so good. One week later (July 25, 8:30 p.m.), Cinema Northampton teams up again with the Forbes to host the Pixar smash Coco, an animated, family-friendly tale about young Miguel, who enters the Land of the Dead to find his great-great-grandfather and break the family’s ancestral ban on music.

And for those who don’t live on the Route 9 axis, there are upcoming shows of note this July 20. The Sunderland Public Library will be hosting a free 8 p.m. screening of Matilda (based on the classic Roald Dahl story) in the library’s backyard — and they’ll be serving popcorn to boot (bring your own blanket or chair). That same night, the Greenfield Recreation Department and Green River Swim Area come together to host an 8:30 p.m. show of Star Wars: The Last Jedi. The latest installment in the ongoing mythology of “big” Star Wars movies finds dark and light battling it out in the form of Kylo Ren (spoiler alert, he’s Darth Vader’s grandson) and Rey (who her gramps may or may not be is still up in the air as this film begins). But for many fans, The Last Jedi was special for another name: Luke Skywalker, who finally gets screen time here after showing up for the last few moments of 2015’s The Force Awakens.

Regular daily gate rates apply for films at the Green River, and for some fans it might be worth making a day of it; the Star Wars theme will kick in at noon, with costume contests, games, trivia, crafts, and more before the curtain goes up as the sun goes down.