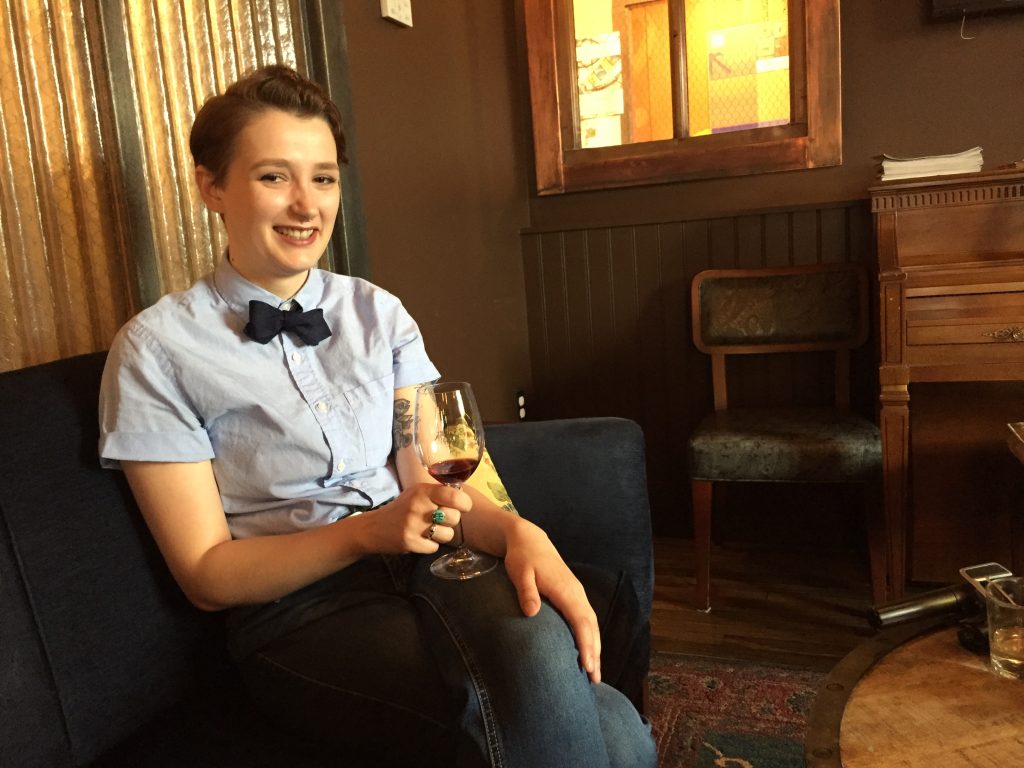 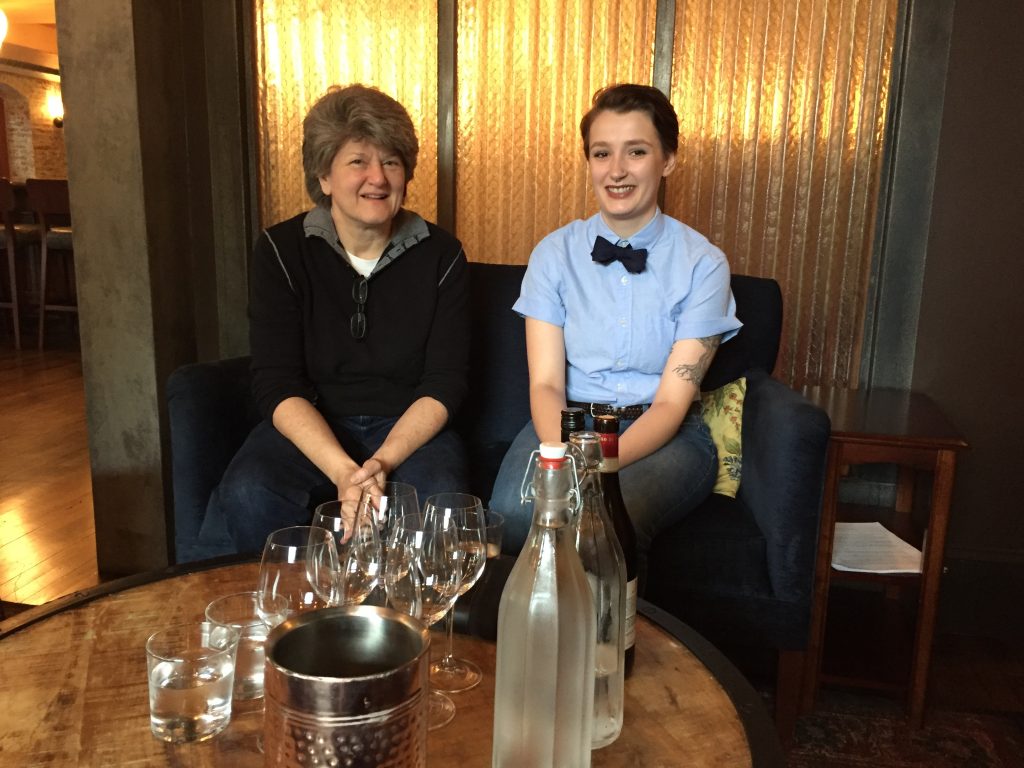 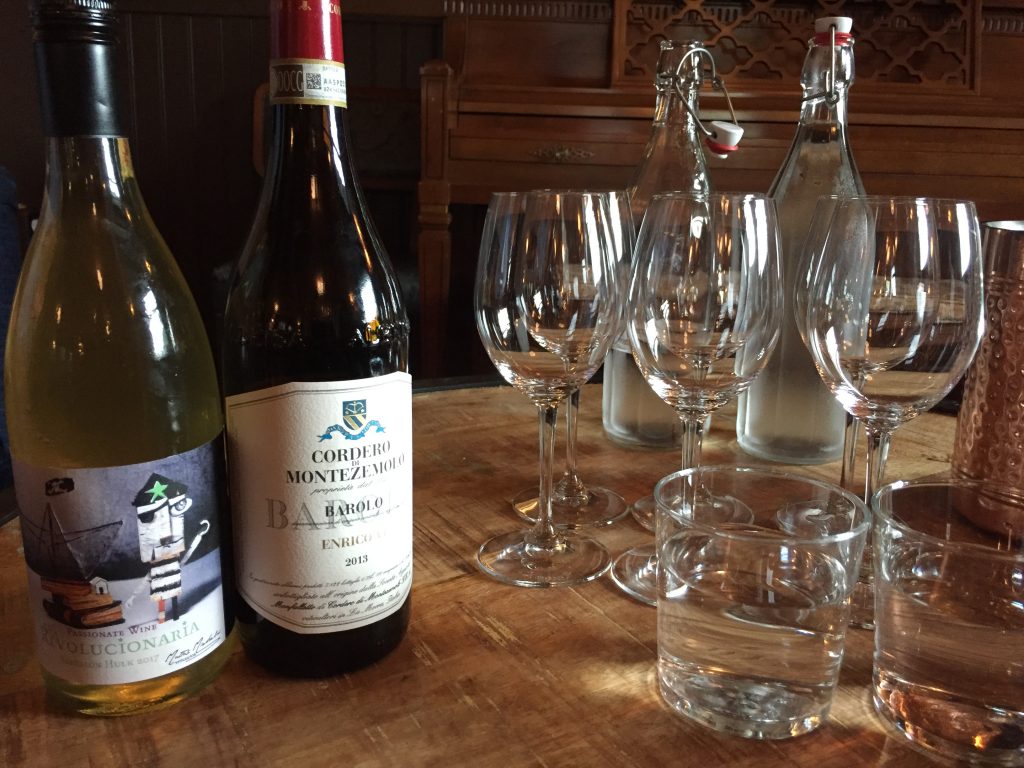 “I hope you don’t take this the wrong way, but you remind me of Rachel Maddow.” 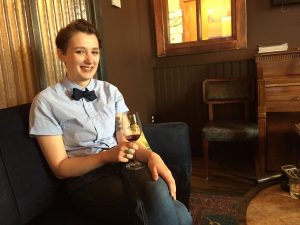 That was my reaction after meeting Franchesca Thepenier, the 23 year old certified Sommelier and beverage director for ConVino Wine Bar in Northampton. I worked with Rachel for two years over a decade and a half ago, and it was clear then that Rachel’s brilliance was not going to be contained to our subterranean radio studio on Main Street in Northampton for long. I’d like to not saddle Franchesca with too much pressure, but with the youthful poise and the sheer brilliance I experienced after just one hour-long conversation with her, I would not be at all surprised if she becomes the Rachel Maddow of the wine world.

Franchesca has been at ConVino for the last three and a half years. She started when she was too young to even taste the wines. Caroline McDaniel, the chef and owner of ConVino, told me, “An old beverage manager saw her working at the Hotel Northampton and asked her to put a resume in. She was hired as a server and was just waiting tables. But I noticed her taking notes on the wine lists. She had flashcards. After the aforementioned beverage director left while Caroline was out of town for the first time since opening, Caroline asked Franchesca to make an order. “She did it better than he did on her first try. It took a few weeks to convince her to take over as beverage manager, and she actually didn’t want to do it. I kind of begged her to take it on.” She was barely 21. But Caroline says, “It’s impressive the native ability she has.” 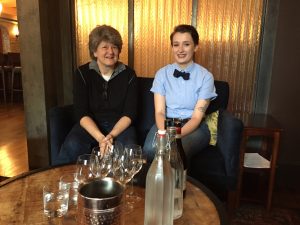 Franchesca is going into her senior year at Smith College next semester as a double major in English and Women, Gender & Sexuality Studies. But she’s already passed the first and second Sommelier exams. The first at 21. The second at 22. Sommeliers are like the ninjas of the wine world. These are not ordinary wine snobs, the amount of training in theory, and service, and blind tasting that goes into becoming a Ninja Master, I mean Master Sommelier, is borderline insanity. And the odds of passing each subsequent sommelier exam gets exponentially smaller with every step.

“My first exam, they had me blind taste in a group. I was the youngest person there. My whole team thought the wine was a Riesling. I disagreed, respectfully, with my whole team and I said ‘This is a 2014 Sauvignon Blanc from Marlborough, New Zealand.’ The Master Sommelier said ‘How do you know that?’ And I said “jalapeño!’ I got it right, and I was like, ‘Wow, I love this.’ That’s when I realized I probably will go for my Master.”

But that means a lot of study. “I go to sleep saying all the grapes. I start with the “A’s”-Albariño, Aligoté, then I go to “B’s”-Barbera, Bonarda…and then if I still can’t sleep, I’ll be like, ‘these are the Grand Crux of this region in France and I’ll just keep going … I make songs too.” She wouldn’t share with me one of her memorization songs. Damn. I love a good mnemonic device. “The  Master Somm that was there for my first exam was also there for my second. I said ‘give me 10 years and I’ll see you for my Master Sommelier exam.’ And he goes ‘how about five?’” But Franchesca says she’ll take a break from wine study so she can finish at Smith.

Speaking of her women, gender and sexuality studies: the wine world, like so much of the rest of the world, is a total boys club. It’s particularly interesting that both the chef/owner and beverage director of what is really the only the wine bar in the area are both women. Franchesca says, “When I first started, I really struggled because, with some of the older men in the industry, I wasn’t really taken seriously. It made me angry, which made me study more, which made me pass my Sommelier exams. Because I decided, ‘Okay, underestimate me. You’ll see.’” 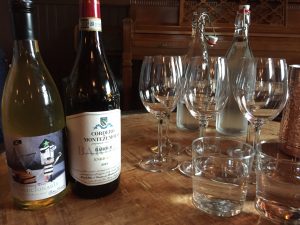 It’s Franchesca’s confidence, brilliance and long term vision that reminds me of Maddow. I told her so. “Oh my god! That’s the most flattering thing anyone has ever said to me.”

“Don’t forget where you came from, kid,” Caroline added. Then they told me that Franchesca has a cat named Montepulciano whom she calls “Monte.” I like her even more.

Caroline and Franchesca’s ConVino has won “Best Wine Bar” in this fine publication’s Best of the Valley Reader’s Poll three times in the just over three years that ConVino has been open. Thus, we had to try some selections from their wine list together.

Via Revolucionaria! Semillon Hulk from Mendoza, Argentina. Franchesca says: “Semillon is often accused of lacking acidity and I think this wine challenges that. This is so not a white Bordeaux or something from South Africa. It’s such an expression of where this comes from. It tastes like a lemon, zested almost down to the white part. It’s a great wine for the curious New Zealand Sauvignon Blanc drinker.”

I like its unctuous and viscous qualities. It’s got a rich mouthfeel without the creaminess that comes with too much barrel aging or malolactic fermentation. A 100 percent Semillon is not a common wine.

Franchesca says: “This wine is a passion project for the winemakers. They didn’t rip up vines and plant Malbec like most of Mendoza.Their irrigation system was designed by Incas and uses snowmelt from the Andes.” What from the ConVino menu would she serve it with? “Boquerones.” They are marinated fresh anchovies. Yes. Next?

Cordero Di Montezemolo Barolo Enrico VI Barolo. Caroline says, “This is a $28 glass that actually should be a $45 glass.” That’s because they can keep an open bottle fresh, thanks to a fancy device that Franchesca refers to as “The Wine Mosquito,” known commercially as a Coravin. It uses a needle to suck wine out of a bottle through the cork and replace it with Argon gas. Caroline says, “Coravins are becoming more popular. You see commercials for them on TV now. On Rachel’s show, actually.”

This wine is so good. Racy acidity. High tannins.

Franchesca says, “There have been vines planted there since the mid 1300’s. This wine comes from 19 generations of wine makers. It’s Nebbiolo but with a more modern style. It’s aged in French oak making it drinkable earlier. It’s still so Nebbiolo.”

In a Western Mass swimming in IPA, why does this millennial wine savant and likely future Master Sommelier, Franchesca Thepenier, think you should drink wine? “I tell my peers ‘you don’t like wine because you haven’t found the right wine for you.’ I’m not knocking beer. I would be tarred and feathered in this town if I did. When I go out, I can’t drink wine; I drink beer. But wine is meant for food. There is something so magical about wine. I know Sommeliers are pretentious. My philosophy is: I don’t care what you’re drinking as long as you’re drinking wine. I really believe wine is an art. How many hands touched that bottle? The winemaker. The people who are working in the vineyard. The Sommeliers. The servers. All to find the right glass to put in the hand of the guest. And once you find that right glass for them, it’s remarkable.”